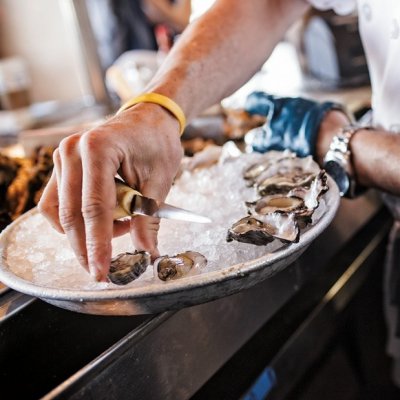 Calorie counting isn’t just about losing weight. All food has calories so if you can make those calories work harder then why not? If you eat a sensible number of calories, you can still improve your nutrition by being choosy about what goes on your plate. Simply, some foods are more nutritious than others, whatever their caloric value. These are the most nutrient-dense foods that should be appearing on your menus.

Kale is the king among the green nutrient-dense foods. Brimming with minerals and vitamins, antioxidants and fiber, not to mention various bioactive compounds, kale is super healthy. A 100 gram portion of kale contains only 50 calories but boasts

In addition, this versatile green stuff has large amounts of potassium, calcium, copper, magnesium, manganese and Vitamin B6. And its bioactive compounds include Isothiocyanates and Indole-3-Carbinol, which has been proven to help in the fight against cancer in both test tube and animal studies. So, what's not to like about kale?

You'll throw out your low-carb diet when you hear about this humble tuber's amazing power. The humble potato is one of the most nutrient-dense foods on the planet, providing us with pretty much a little of all we need to stay healthy. Just one potato is bursting with iron, potassium, copper, manganese, magnesium, vitamin C and most of the B-group vitamins. This is why people who consume nothing but boiled potatoes for a long time can survive surprisingly well.

Ever tried roasted potatoes smothered in rosemary and garlic? No? You might start doing so from now on, for you'd be consuming a double-whammy of nutrient-dense foods. Garlic takes your breath away (pardon the pun) with regard to its nutritional value. Where to start?

High in vitamins, B1, B6 and C, garlic is also rich in copper, manganese, selenium, calcium and potassium. The active ingredient is allicin, an important nutrient that has already been linked to health benefits in various studies, such as lowering blood pressure, raising HDL while lowering LDL cholesterol at the same time. A garlic clove a day may keep future heart disease at bay! Not content with that, the little garlic clove also has cancer-fighting properties, as studies have shown in people who eat plenty of the stuff (before you ask, the study subjects were NOT all from Transylvania!). However, just like vampires, cancers of the colon and stomach are particularly adverse to garlic, studies show.

The world champion among nutrient-rich fruits, the little blueberry leaves other fruity contenders behind by miles. Even though blueberries are not as high in mineral and vitamin content as vegetables, seen on a calorie for calorie basis, their antioxidant content punches harder than any other in the world of fruit. Containing anthocyanins and various phytochemicals, known to travel across the blood-brain barrier and kick-start protective measures in our brains, blueberries are also helping in the fight against obesity by lowering blood pressure and reducing markers of oxidized LDL cholesterol in obese men and women suffering from metabolic syndrome. Now there's an excuse for starting your day with a blueberry muffin!

Who needs salmon when sardines are so much more affordable and packed with nutrients?

Organs are typically the most nutritious parts of an animal, and as sardines can be eaten with their brains, bones, organs and skin, it's hardly surprising this little fishy packs a lot of power on the nutritional front. They contain small amounts of nearly every nutrient our body needs, making them almost the perfect food in health terms. Brimming with heart-friendly Omega-3s, this fatty fish can be served up with our other friends, the potato and garlic, for a healthy feast that is cheap and impossible to beat in nutritional value.

Continuing with a maritime theme, shellfish may be one of the most nutritional things we've ever fished out of the sea. Clams, oysters, cockles, they all burst with nutrients. For example, 100 gram of oysters boasts 6 times the RDA for zinc, twice the RDA for copper and supplies the body with a large dollop of Vitamins D and B12 at the same time. Clams are one of the best sources of vitamin B12 known to man. A 100 gram helping of clams will supply you with more than 16 times the RDA of B12, not to mention lots of vitamin C and B, selenium, iron and potassium. Forget fish 'n chips! Have clams 'n chips instead.

Unlike muscle meat, organ meat is amazingly rich in nutrients. Liver is by far the best nutrient-dense food in this category, supplying the body with 1176% of the RDA for Vitamin B12 with just a 100 gram portion of calf liver for example. Liver is an organ responsible for hundreds of functions that regulate our metabolism. One of these is to store important nutrients on behalf of the rest of the body. That small amount of calf liver will also give you more than 50% of the RDA for vitamins B5, B6, niacin and folate, as well as 30% of the RDA for iron, zinc, phosphorus and selenium.

A staple in Japan, but mostly ignored by the Western World, except for a tiny enclave called Wales in the United Kingdom perhaps, seaweed is one of the most nutrient-dense foods on the planet, and certainly one of the most commonly available. There are thousands of species in our oceans, some of which are amazingly nutritious and also delicious, such as kelp for example. Seaweed can be even more nutritious than land-grown vegetables, boasting high contents of iron, calcium, manganese and magnesium, as well as bioactive compounds like phycocyanins and carotenoids. Its high content of iodine, a mineral the body uses to make thyroid hormones, make seaweed an important source for our health. Dried kelp tablets are very cheap and loaded with iodine, if you don't like eating fresh seaweed like the Welsh laver bread.

Are you now going to alter your grocery shopping list this week to include these nutrient-dense foods?