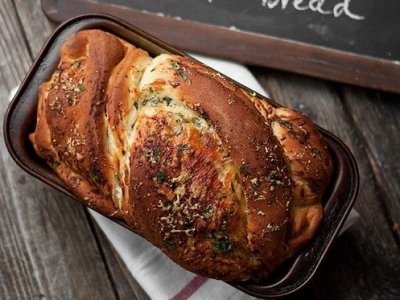 After watching a documentary about the way mass produced bread is made, I began looking through bread machine recipes. Once I found that they are quite easy to make, I decided to buy my own bread machine! Since then, I have become a bit of an addict. I have tried various bread machine recipes, some of which have made life easier. Find these recipes and get them nailed to make life much easier in general.

Turbo bread has to be the easiest of all bread machine recipes. It usually requires few ingredients beyond flour, water, yeast, salt, and sugar. For this, I recommend using strong white bread flour and following the machine manufacturer's instructions. Not doing so can result in soggy bread. To be honest, I'd rather eat the disgusting mass produced bread than soggy bread.

Pizza dough doesn't just help you produce pizzas. Get your techniques right, and you can produce your very own calzone! Most bread makers feature a 'dough only' setting. Mine, however, has its very own pizza dough setting! I haven't noticed much of a difference between the two.

Get a basic white bread recipe nailed and you can make so many different types of bread it's unreal. In the first week I had my bread maker, I managed to make rosemary bread, olive bread, and cheese bread. Surprisingly, cheese doesn't go all melted and disgusting in the bread maker. The one addition that did fail was curry powder and mixed herbs. I don't know what I was thinking there, and somehow it came out tasting like soap.

Okay, so whether this recipe is entirely necessary or not is subjective. I personally love Indian food, and I could waste A LOT of money on buying it in. I have also found that buying store naan breads just isn't the same. So I found a naan bread recipe, used the basic dough setting, and almost died with happiness when it turned out so well. Tip: if you don't have ghee (I certainly don't), use melted butter instead.

You don't just use bread machines to make bread. Nope, you can make cakes too. One of the simplest to start off with is Madeira Cake. It tastes great with almost everything. I even eat it for breakfast when I am feeling particularly unhealthy.

Finally, if you can find a good lemon cake recipe, I can almost guarantee it will work well in a bread machine. Before making this cake, or any for that matter, cream the butter and sugar yourself. The bread machine won't do that for you. I like to eat as little dairy as possible, so I used soy butter once. Don't do that. All the butter pooled around the edge and practically deep fried my cake. Not so surprisingly, it didn't taste very good.

Mastering the art of using a bread maker isn't hard. You can use 'normal' flour to save money, but only on the longer settings. Doing otherwise ends in a squidgy mess that doesn't taste good. If you use a bread machine, which recipes work well for you?