6 Classic Comforting Breakfasts for the Holidays ... 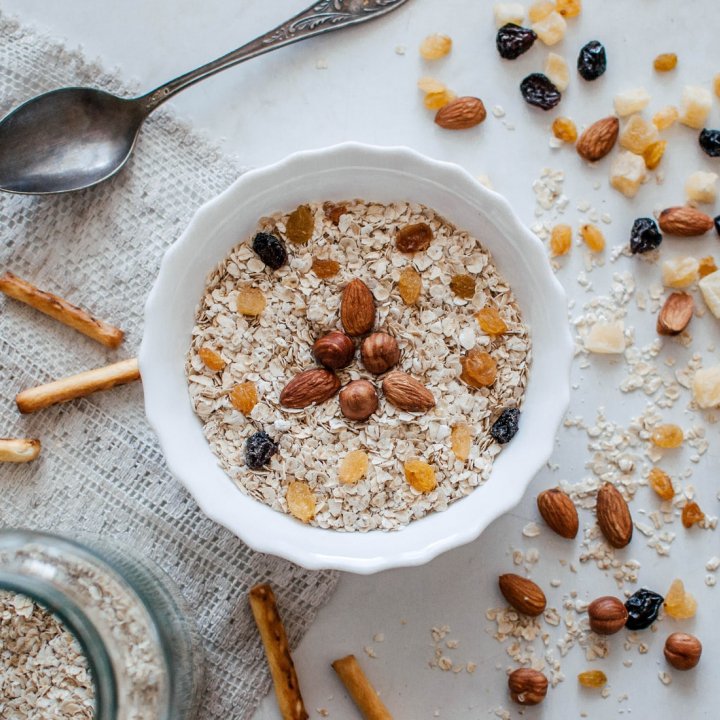 Actor Peter Falk, perhaps best known as TV's detective Columbo, once said, "My idea of heaven is to wake up, have a good breakfast, and spend the rest of the day drawing." What is it about a hearty breakfast that comforts us? Sure, you can knock back a bowl of cereal or a green smoothie in the morning, but as the winter holidays come around and you crank the heater up, you might be more interested in warming, delicious-smelling breakfasts that remind you of happy memories.

If you complain that oatmeal doesn't fill you up enough in the morning, you're not doing it right. Oatmeal is versatile and can be the centerpiece of a hearty, comforting breakfast, whether you make it with quick oats, old-fashioned oats, or steel-cut oats. The secret is skipping the fatty add-ons and eating enough to sustain you until lunch. A healthy way to get your oatmeal fix is to cook it with raisins, bananas, frozen berries, and cinnamon; leave out the dairy and added sugar and top it instead with ground flaxseed, chia seeds, hemp seeds, and a handful of walnuts. If you start with a cup of uncooked oats per serving, you might not be able to finish your portion, but you probably won't be starving again at 10:30 a.m.

The traditional American breakfast is one that you can get at just about any diner in the country, from mom-and-pop outposts to the national chains. The American breakfast may vary slightly, but traditionally it is composed of two eggs, hashbrowns, sausage and/or bacon, and toast. If you're really hungry, you might order a few pancakes or waffles on the side. This type of breakfast is best served with a glass of orange juice, a mug of coffee, and a cup of ice water.

A traditional English breakfast keeps the eggs, toast, and bacon and/or sausage of the American breakfast. But from there, it deviates somewhat. You'll usually find baked beans and baked tomatoes in a "full English," or "fry-up," which are just other ways to say English breakfast. There are also sometimes mushrooms, kidneys, potatoes, or black pudding.

Dolly Parton once said, "A positive attitude and a sense of humor go together like biscuits and gravy," and if you've spent much time in the South, you might have helped yourself to a rib-sticking plate of biscuits and gravy at least once in your life. Some fast-food chains offer a pale comparison of the real thing, but proper biscuits and gravy are made from melt-in-your-mouth biscuits and slow-cooked sausage gravy.

You can thank brunch for the recent popularity of eggs Benedict, although the dish has been around much longer than the Food Network. The ubiquitous brunch item might have been named for Lemuel Benedict, a New Yorker who wandered into the Waldorf Hotel with a hangover one morning in 1894 and ordered "buttered toast, poached eggs, crisp bacon, and a hooker of hollandaise." Someone who worked at the hotel liked the idea and put it on the hotel's breakfast and lunch menus with a few modifications. Another version of the story is that the recipe was invented by a man named Commodore E. C. Benedict, a prominent New York City banker and yachtsman.

For many, a plate of delicious French toast is sure to make a whole day better. To make French toast, one typically soaks sliced bread in eggs and milk, then pan-fries the bread. From there, you can choose to go sweet or savory. To make your French toast sweet, add some combination of powdered sugar, butter, fruit, and/or syrup; for savory French toast, top your pan-fried bread with ketchup or mayonnaise.