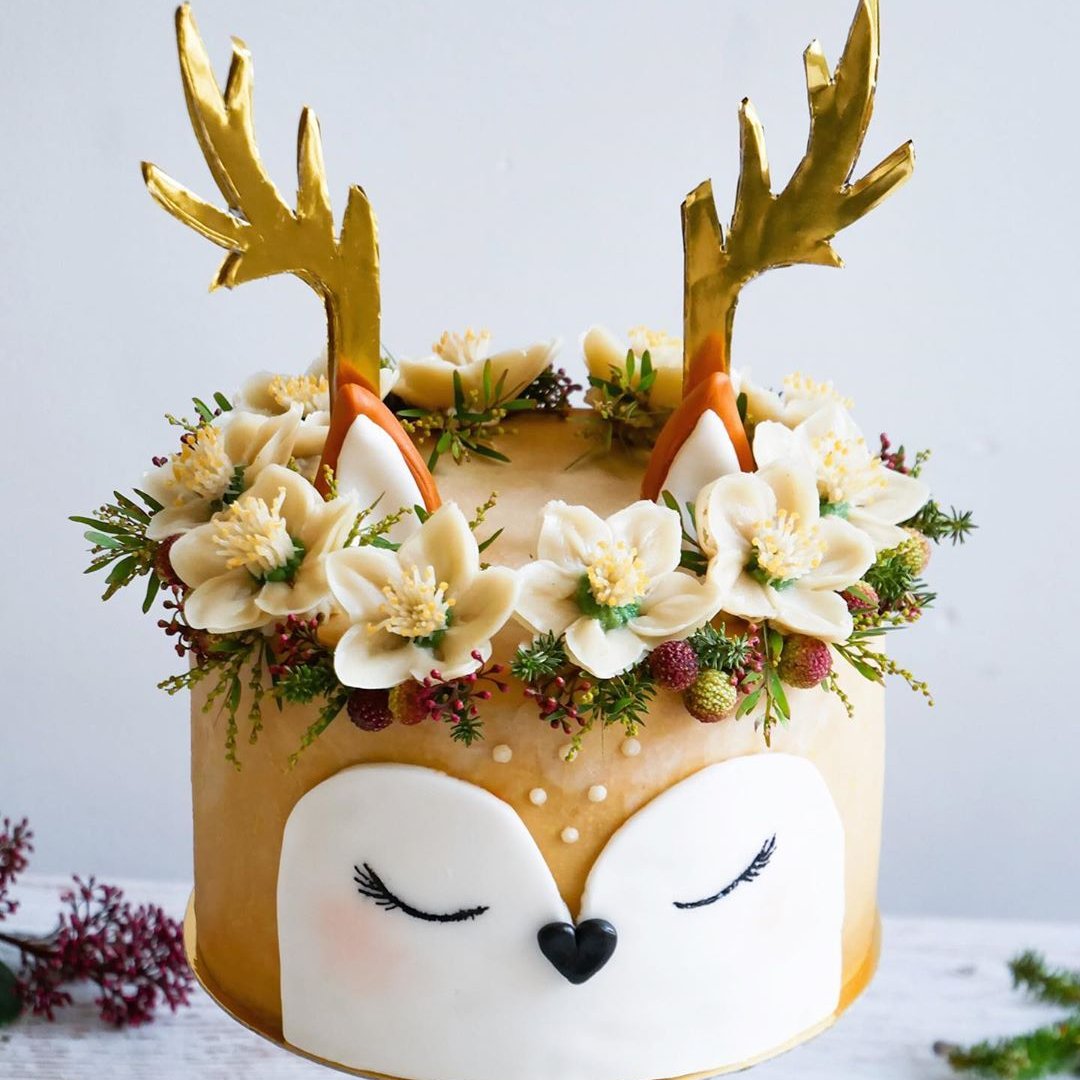 Animal cakes are mostly for kid's birthday parties but they can be made appropriate for all sorts of occasions. There’s a huge trend for cakes to be made of tiered structures decorated with lots of really cute fondant animals, but for my selection of animal cakes I've ignored those. No skills in fondant modeling required here.

I never thought of sheep as making great subjects for animal cakes but here you go. Those adorable curls are made from white chocolate.

Here's a lion that's not at all scary. You can eat him rather than he eat you.

No fish in this fish cake.

Lots of buttercream needed for this one.

Ok, so at the beginning I said no fondant modeling, but everyone can make a pair of piggy ears yes?

Easy to make if you're not confident of your cake sculpting skills.

Via Bee a Party Maker Cake

Glance quickly and you think it's a real guinea pig.

Via Rising To The Berry: Bunny ...

This is the sort of animal cake you can make with limited skills.

Easier than it looks because there's just a long round or rectangular cake under all that icing fur.

So cute for baby's birthday or a baby shower.

Don't forget, the innards must be made of red velvet cake (a la Steel Magnolias).

Maybe not so easy.

Do you know of Pingu? I would so make this cake because I love that crazy penguin.

Oh could anyone bear to cut into this to eat him?

Anyone should be able to produce this special little cake. You could even use a store bought pound or fruit cake and just decorate it.

Via for ARTS SAKE

He looks kinda scary and hard to make. I think I prefer the previous cat cake.

Remind you of Billy Bass the Talking fish?

Via My Owl Barn

Lots of fondant feathers needed for this.

Via Quick as a Cat Cake

What's not to love about cats and chocolate?

When you can't decide which farm animal cake to make.

Via Yorkie Cake by keki-girl on ...

A work of art.

I once made a pottery figure of a bear and his fur came from pushing clay through a sieve. I wonder if the same technique is used here.

Made from two round sponges. Can you do that, do you think?

What a sheepish smile!

Change the front end and you could easily make it into a serpent cake.

Via one handed cooks: kids party ...

I love the way his mane is made from easy fondant cutouts.

Stock up on lots of food colors for this one.

A chocolate and coffee owl. How wise.

Ermintrude from the Magic Roundabout, anyone?

One of the oldest and most classic animal cakes.

A great excuse to make a whole load of chocolate buttercream. No fighting over who gets to lick the bowl though.

Jumbo cake for a jumbo party.

Stick candles in to make it a make-a-wish-fish-cake.

Via At Second Street: Halloween

For Halloween or a little monster's special day.

Have a whale of a time at a party with this cake.

Easier than it looks.

The cupcake tail and arms and legs are great.

Another of the classic animal cakes.

Perfect for a sweet little girl.

I've seen quite a few animal cakes made from a single
square cake. It's a very effective decorating technique.

So there you have it. Animal cakes that most of us could probably make a decent go of (and a couple we probably wouldn’t ever attempt). Which would be your favorite animal to bake as a cake?