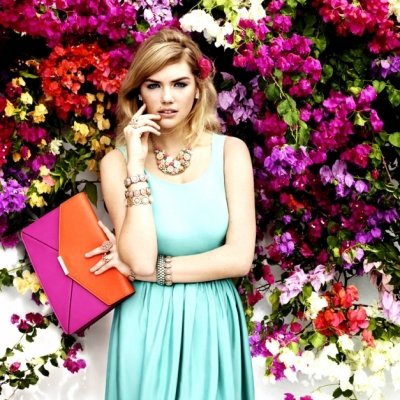 It seems there’s always a new trend in the food world, but there are some trends that become more enduring and widespread and these food movements go beyond being just a trend. Food movements might grow around a force for change in the way we produce or eat food, a dietary change or even just a new way to appreciate something we can’t live without.

It’s hard to quantify the number of vegetarians but statistics from Public Policy Polling publicpolicypolling.com quote that 13% of Americans consider themselves vegetarians, with 6% being vegan, with another study quoting the actual number as being 7.3 million. In the most recent couple of decades, vegetarianism is, of all the food movements, the fastest growing. This is referring to people who make the free choice to give up eating meat rather than it being for religious reasons. The figures I quoted do not include those who “follow a vegetarian inclined diet” – i.e. those who only eat chicken or fish – which is estimated to be around 23 million. And unsurprisingly, there are more female vegetarians (59%) than male and the majority is in the age range 18-34.

You may not have heard the term before but you will certainly be familiar with the concept. And you may not know that locavore was chosen as the Word of the Year for 2007 by the New Oxford American Dictionary. A locavore is someone who prefers to source their food from as local an area as possible, giving them a connection to food sources and supporting their local economy. It generally implies a diet lower in industrialized and processed foods. How the food is grown is almost as important as where and serious locavores will buy mainly from farmers markets, farmers, growers and artisanal producers.

The Slow Food movement began in 1986. The founder was Italian Carlo Petrini and it spawned the Slow Movement which has grown into a major international organization in more than 150 countries with over 100,000 members. In 1986, an organization called Arcigola protested against the opening of a McDonalds near the Spanish Steps in Rome and from this, the Slow Food movement began, with the official incorporation happening in Paris in 1989, signed by 15 countries. The organization exists to promote local food and protect the heritage and traditions of gastronomy and food production and as its name suggests, inherently this means opposing fast food and industrial food production.

This is one of the more recent food movements I have sympathy with even if I can never see myself embracing it in reality. Freegans are people who look for free food – most specifically they take it from dumpsters and outside supermarkets. They are urban scavengers. This behavior might be driven by various motives. It could be a rejection of consumerism or a reaction to the massive food wastage that society as a whole accepts as normal. Many freegans are also vegans.

Raw food is one of the “green” food movements. The focus is on unprocessed and uncooked raw foods, which means fruits, vegetables, nuts and seeds – inherently the raw food diet is meat-free, which is why it is not to be confused with the Paleo diet. Organic is also a major influencer. Raw food eaters believe the loss of enzymes that occurs when vegetables and fruits are cooked is detrimental to health. The Raw Food diet is considered a “clean” diet.

This is one of the more recently “famous” food movements. In the Paleo diet – rightly called the Paleolithic diet – the emphasis is on consumption of original foods that the first humans had access to, which is why it is sometimes referred to the caveman diet, or the hunter-gatherer diet. It is still considered a fad diet. Modern foods are rejected, processed foods are a definite no-no and what is eaten are the meats and wild plants that Paleolithic (Stone Age) man would have had. This means no dairy (animals were not domesticated), no grains and no refined sugars or oils.

Foraging is free food. It is the practice of collecting wild food. Technically it is the recognition and harvesting of wild fruit, vegetables, berries and herbs from where they grow. It is also known as wildcrafting. Free food is available all around us, in the hedgerows, meadows and along the sea shore. It can be as easily recognizable as wild mushrooms and ramps, or it can be items that you really have to know what you’re looking for. Successfully foraging requires the acquisition of knowledge about wild foods and also concern for their future, because harvesting should be done so that a new crop can occur.

Most of us go to the supermarket to buy things we want to eat without much consciousness about our choices other than look, taste and cost. Food movements makes food consumption a more conscious choice and for some, a way of life. What’s your thought on any of these food movements?