7 Foods That Kill Your Libido and Poison Your Sex Drive ...

Just as there are aphrodisiac delicacies, there are a surprising number of foods that kill your libido. If you've noticed lately that your sex drive isn't quite at the level you'd like, your diet may be the culprit. Some of the foods that kill your libido are obvious but others are pretty shocking. Some are so mundane, in fact, that you might eat them every day without realizing they're poisoning your sex drive. What are these sly, libido-murdering foods? Read on to find out …

It's no surprise that there are many sugar-laden foods that kill your libido. Sugary foods, especially if they're processed, are filled with trans fats, which will wreck your immune system as well as your libido. Saturated fats clog up your arteries, which reduces the flow of oxygen to your organs – including your sex organs. Sugar can even affect your fertility because its trans fats have a negative impact on your spleen by reducing its ability to produce the white blood cells necessary to make sperm and eggs multiply.

Oysters? Poisoning your sex drive? Oh yeah. Here's the thing: oysters are considered an aphrodisiac because they're very high in zinc, which is a libido booster. However, although people have been slurping down raw oysters practically forever, thinking they're a sexual superfood, they're actually toxic. While you can get oysters from comparably healthy places, realize that they're absorbing all the parasites and toxic substances in the ocean – and they go straight into your body, which kind of cancels out the enhancing properties of zinc. 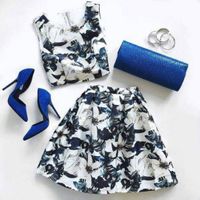 5 Blue Pumps for Women Who Want to Look Stylish in Minutes ... 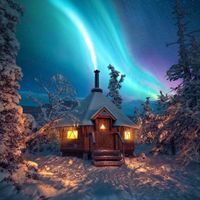 Weird, right? Licorice as a plant is thought to be incredibly medicinal, and it is in some areas – but your sexual health isn't one of them. That's because there are phytoestrogens in the plant, which have an impact on your endocrine system. Basically, if you eat too much licorice, it can lower the amount of testosterone your body produces, and testosterone is vital to the sexual health of both men and women.

This one probably surprises you, but it actually makes sense. John Harvey Kellogg played a huge part in inventing corn flakes, although Battle Creek, MI, was basically the Corn Flake Capital of the world at one time, with various health gurus and entrepreneurs claiming ownership. That's not the point, though. The point is that John Harvey was also a big believer in abstinence. He believed sex was an animalistic, unnecessary urge that would ultimately kill you. As a result, he spent a great deal of time coming up with bland foods that would somehow blunt sexual urges. So … I'm just saying, you might want to find a new breakfast cereal.

Dairy won't automatically kill your libido, but too much of it is unhealthy. If you eat a lot of sour cream, cream cheese, ice cream, and so on, the lactic acid will have a negative impact on your libido. Look for calcium from different foods and limit your dairy intake when you can. Your sex drive will thank you – as will your partner!

It goes without saying that high fat foods kill your libido. All that cholesterol clogs up your arteries. Like sugar, it restricts the flow of oxygen to your sexual organs. High fat foods such as fast foods, chips, buttery popcorn, and things of that nature also make you feel sluggish and tired, so you just don't want sex. If you watched Super Size Me and saw Morgan Spurlock's complete inability to have sex with his girlfriend, you'll understand why you need to seriously limit high fat foods in your diet.

Soy is a surprising addition to this list, but Harvard published a study in Human Reproduction stating that too much soy and soy products reduce sperm counts in males. It may also cause erectile dysfunction. There's a rumor that some monks eat soy products to decrease their sexual urges as well … and that would explain why, huh?

Some of these are hard to believe. Haven't you always thought of oysters as an aphrodisiac? And although corn flakes and soy seem bland and tame, they can seriously reduce your desire to get intimate with your partner. Now that you know about some of the foods that kill your libido, will you be making some changes to your diet?

How often should red meat be eaten ...
How to prevent a wine hangover ...
If a girl is mean to you what does that mean ...
Is pasta or rice better for you ...
How to wear a baseball cap with short hair ...
How long till food poisoning kicks in ...
Water is life poster ...
How many cocktails to get drunk ...
Is eating a spoon of coconut oil good for you ...
Why celebrate birthday ...