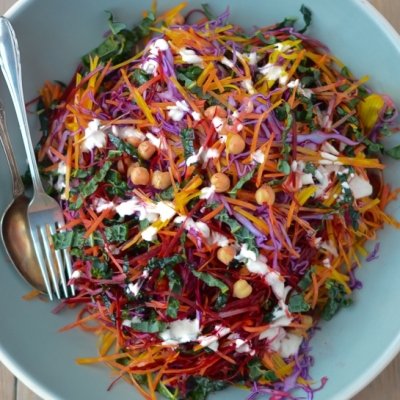 The big food trends of 2014 were kale and quinoa – just how many fancy recipes did you see featuring one of these ingredients?! And that’s not the only thing – they were some of the most Instagrammed foods of the year too, showing that we like to show off the good foods we eat! So what will be sweeping the country this year? Check out these food trends we’re expecting over the next 12 months.

Yes, this doesn’t sound too appetizing. The healthy food movement is definitely going to carry on with this trend, though. Pickling and fermenting are both ancient methods of food preparation, and they are coming back with a bang. Think sauerkraut, kimchee, miso, probiotic yogurt, kombucha… they’re all packed with good bacteria that will boost your digestive system, and they have that intense flavor that everyone is loving at the moment.

Yogurts are going savory. Don’t expect to see any less of the classic varieties, such as honey, but they’ll soon be joined by savory flavors such as parsnip, tomato, carrot, sweet potato, butternut squash… They might not immediately grab your taste buds in the same way that a sweet yogurt would, but they are healthy and you will get used to them! They’re a great thing to use in cooking, too. I've been knocking up my own, and they've become a kitchen essential - definitely try thyme!

Everyone has been eating garlic sourdough toast for the past few weeks, so it’s no surprise that the trend is going further! Expect wild mushrooms, artichokes, egg, sourdough….toast is no longer a side, it’s a whole meal. See what inventive recipes you can come up with, and expect to see it on menus too!

If you live in a diner state, you might already have tried Gyros. It’s a Greek dish which consists of spit-roasted meat, served in a pitta bread with tomato, onion and tzatziki sauce. The meat is always moist and crisp, and it’s a delicious snack! Definitely one to try.

Yep, this one is controversial. It’s not pot brownies, though! Marijuana edibles have started to pop up in recipes at high-end restaurants, and it’s expected to spread across the country. Think spaghetti with pesto containing marijuana, for example, or chicken and pasta dishes.

Rabbit is expected to be THE white meat of 2015. Why? Well, it’s relatively easily accessible, so it’s pretty cheap. It’s also succulent and tasty. It won’t just be rabbit stew, either. Think stuffed rabbit, confited, braised…Yummy. Definitely dig out some rabbit recipes, and give cooking some a try. It’ll make you feel like a master chef!

Coconut sugar will be the next mainstream replacement for cane sugar. It’s debatable whether coconut sugar is actually any healthier than it’s regular alternative, but it retains many of the health benefits of coconuts, and it has a delicious flavor. Give it a try for desserts, if nothing else.

I kept beef tongue out of this – bleurgh! Cow tongue has been huge in Japan, and it’s thought that the trend might carry on with the more adventurous eaters over here. Think stews, salads, soups…all with cow tongue. Like everything here, don’t knock it until you’ve tried it, I suppose! Which food trends are you most looking forward to?