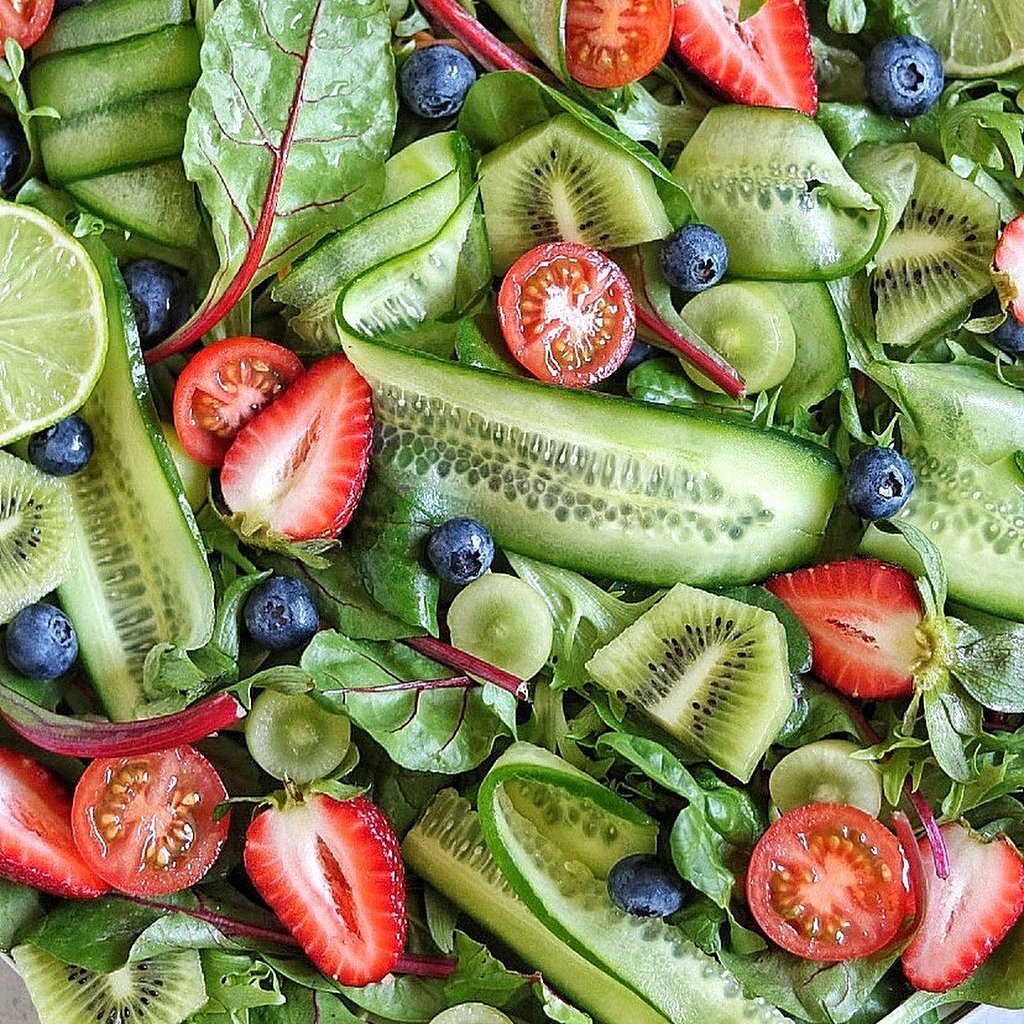 Next time you’re at the grocery store and trying to figure out which healthy grocery staples to pick up that won’t leave you broke as a joke, keep some of these little tips in mind. Just because you’re low on cash, that doesn’t mean you have to eat ramen noodles and drink Kool-Aid to survive! When we go to the grocery store, we are literally bombarded with a number of foods, making it sometimes hard to choose healthy foods without breaking our budgets. Eating healthy can be expensive if you buy all the trendy processed stuff, I’m not going to lie, but you don't really need those foods to eat healthy. Just be sure to stick to some healthy grocery staples, and avoid the marketing hype that’s often given to processed health foods. The truth is, most healthy foods don’t need a lot of marketing, because in their “plain Jane” selves, they’re amazingly healthy and tasty, all on their own.

Rolled oats are one of the absolute best healthy grocery staples you can buy. They’re cheap, filling, and incredibly nutritious for you. Quinoa gets a lot of hype, but oats are actually more filling, less expensive, almost as high in protein per serving, lower calorie, and higher in fiber, magnesium, B vitamins, beta-glucans, and they're lower in fat. Rolled oats can also be served savory or sweet just like quinoa, making them a great breakfast, lunch, or dinner. You can also use them to make healthy foods, such as stuffed mushrooms with oats instead of cheese or meat, pancakes using oats instead of flour, or use them in smoothies to make smoothies serve as a meal replacement. Rolled oats are more nutritious than instant, which makes them the better buy, plus they fill you up longer. If you can afford pricier steel cut oats, feel free, but rolled oats are just as great for you, and I personally prefer their texture over steel cut anyway. Per serving, oats only cost about 15 cents.

Sweet potatoes are another incredibly healthy grocery staple to choose. They’re filling, low on the glycemic index, can help promote clear skin, a healthy weight, and fabulous digestion. They also prevent cancer due to their high Vitamin A content, along with impressive levels of Vitamin C, magnesium, and they have more potassium than a banana. Sweet potatoes are actually much healthier than white potatoes, yet only a few cents higher. You can usually get a pound of sweet potatoes for around 88 cents each, with some organic varieties ranging up to a $1 a pound at the most.

If you eat legumes and beans, be sure you pick up some lentils next time you’re out. Lentils are one of the easiest legumes to digest, since you don’t have to soak them for proper preparation or digestion. They have more iron and protein than meat per serving, along with tons of tummy-friendly fiber. Lentils are also delicious! They’re slightly sweet and nutty, and rank very low on the glycemic index. Choosing lentils instead of meat lowers your risk of heart disease, helps you lose weight, and saves you money. Who doesn't want that? Choose any variety of lentils you wish, and at less than 10 cents a portion, enjoy the cost too! Try making them one of my favorite ways with some garlic powder, Hickory Smoke liquid smoke seasoning (which is also very cheap), and a little black pepper. It is to die for, and it's a great vegan replacement for BBQ hash if you puree the mixture and eat it on sprouted grain bread.

Peas are one of my favorite vegetables, but finding them in tip top condition fresh is sometimes hard to come by unless it’s spring when they’re in season. So, I like to buy them frozen all year, because they’re so cheap, and so filling! I love green peas and love even more how inexpensive and filling they are. They’re also loaded with protein! I like to use them in salads, soups, and you can even sneak some in your green smoothie for a thicker, sweeter taste! Don’t knock it til you try it, I promise it’s good and you don’t even feel like you’re eating veggies. Peas cost less than 10 cents per serving typically in a 16 ounce frozen bag, and you never have to worry about them going bad this way either.

If you eat fish at all, buying it canned can save you a good bit of money. Just be sure to choose safer options like canned wild Alaskan salmon, instead of mackerel or albacore tuna, which are high in mercury. If you eat tuna, be sure to stick with the chunk light varieties, which are usually cheaper than albacore anyway, and very low in mercury. Canned fish isn’t that bad for you overall if you eat fish, and is very low calorie, along with inexpensive. If you’re concerned about sodium, just give it a rinse off before you use it. You can also buy it in pouches if you’re concerned with BPA in cans. Canned fish costs around 80 cents to a dollar per serving, which is incredibly cheap compared to most meats and fresh or frozen varieties of fish.

Eggs are a given when it comes to inexpensive protein sources. If you eat eggs, then stick with them, but don’t go out of your way to buy them if you don't like them. You don't need eggs to be healthy or eat cheap, but they can come in handy if you can't afford meat. Eggs are also loaded with nutrients like Vitamin D and B12. Just be sure you buy organic, certified humane, or better yet, pastured eggs, instead of conventional eggs. Conventional eggs may be a bit cheaper, but they’re filled with antibiotics, hormones, come from chickens fed a diet of GMO corn and soy, and are lower in nutrients. Even though better quality eggs are a little higher, you get what you pay for, and they still end up costing less than 50 cents per egg in a dozen count.

I could go on and on about leafy greens and how good they are for you. Most people overlook these foods as rabbit food, but leafy greens are packed with plant protein, iron, vitamins, and minerals. Plus, leafy greens are very inexpensive if you buy them loose instead of in fancy packages. If you’re really on a tight budget, they’re also cheap frozen. Leafy greens like kale, spinach, collards, mustard, and turnip greens can all be bought frozen to use in a pinch. Greens like romaine, arugula, and fresh herbs are also incredibly inexpensive, and a little goes a long way. Eat 4-5 servings a day if you can, whether fresh or frozen. Even in organic forms, they are still much cheaper than eating animal foods, and have so many more benefits to them as well. You can make salads with them, smoothies, soups, stews, or stir them into omelets or other entrees. You can even use romaine wraps or collard wraps instead of bread, to make a homemade sandwich.

8. Grind Your Own Nut Butter

If you’re looking for some healthy fats, but don’t want to break the bank, head over to the produce section where the grind your own nut butters are. Here you’ll find plain peanut and almond butter you can grind yourself and then purchase it to carry home. It’s much cheaper and healthier per serving than some varieties on the shelf, which can range up to $10 or more a jar if you buy the healthy kinds free of sugar and oils! When you make your own, they’re packed with protein, have no added sugar or fats, and usually, they’re salt free as well. They're also delicious, and so hearty! If your grocer carries honey roasted, be sure to avoid this variety, and stick with the plain since honey roasted is a bit higher in sugar, salt, and fats. Grind your own nut butters come in around 10 cents per tablespoon if you buy them by the pound. Just try not to eat them all in one serving, since it’s very easy to do!

Let’s not forget about the humble banana in our quest to eat healthy and cheap. Sure they’re a little higher in carbs and sugar than trendy berries, but if you eat them while they’re mostly yellow, you avoid the glycemic spike they can cause if they’re brown and riper. Eating bananas while they’re still mostly yellow means you’re taking in more resistant starch, which contains less sugar than ripe bananas, and your body actually burns more calories digesting resistant starch since it’s mostly fiber. Plus, bananas are inexpensive, safe to buy in conventional form, and loaded with Vitamin B6, potassium, fiber, and magnesium. They’re great to round out your breakfast, or make the perfect snack anytime of the day.

I know grocery shopping on a budget while you’re trying to eat healthy can be hard, but it’s not entirely impossible. These foods are certainly not the only healthy choices you have if you’re watching your grocery dollars. Others include brown rice, flax seeds, fresh broccoli, cabbage, apples, oranges, and carrots, along with most fresh herbs, and spices. Berries are also cheap if you buy them in season, when you can freeze them all year for keeping. Be sure you check out the bulk bins if you’re watching your dollars too. You can find everything from whole grains to raw nuts and seeds there as well. What’s your must-have healthy grocery staple to choose on a budget?