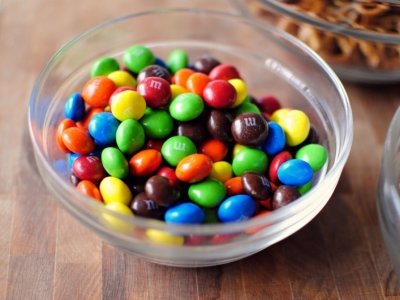 Let’s face it, most of us never really look at ingredients in food. We don’t even try and bother trying to pronounce those mile long words on the back of the label. However, I will be telling you about ingredients in food that you can pronounce, but you won’t be able to believe that you are actually eating it.

You know those little red cherries that come in a jar? The one’s you put on desserts? Well if you’ve ever gone cherry picking, you would know that normal cherries are a deep red, and go bad rather quickly. However, these little cherries are actually bleached and dyed red so they can keep their fresh, eye popping color. Bleach is one of my favorite ingredients in food. How about you?

Hot Dogs are made by dozens of companies all around the world, but each one has their own special recipe. Hot dogs are generally made from meat, meat fat, bones, egg whites, spices, and filler. Filler generally contains things like oatmeal, flour, bread crumbs, and anything else that falls into the giant mixer. This includes rats and bugs. Yum.

I feel like anything from McDonalds is sketchy to eat in its own special way. However McNuggets tend to be in the same boat as hot dogs. Any scraps that are left over from the chicken are ground up into a paste, shaped into nuggets, breadcrumbed and fried. These also include rats, bugs and bones. Still hungry?

You might think that the strawberry Frappuccino looks so appetizing with its pinkish rosy color. But guess where that color comes from? South American Beetles! Yeah, the bug is called a cochineal beetle, which is dried and crushed up and squeezed until their coloring comes out. However, these little bugs are FDA approved and are used in pretty much anything artificially red.

Jelly beans, M&M’s, candy corn, and other shiny candy is covered in shellac, which is made from secretions of the female Kerria lacca, an insect native to Thailand. This is another beetle that you will be eating.

This is more of an ingredient than an actual food, but I just thought that I would let you all know that the FDA approves 22 rat hairs in each bottle of cinnamon. The good news is that they're ground up so you can't actually see them.

I can probably guess that you are really grossed out right now, and you might actually think twice about going into Starbucks, or getting that ice cream for a movie night. It is always better to eat natural foods like fruits and vegetables because you know exactly what they’re made of. The better you eat, the better you’ll feel. Plus you won’t have to worry about eating bleach or beaver butt.