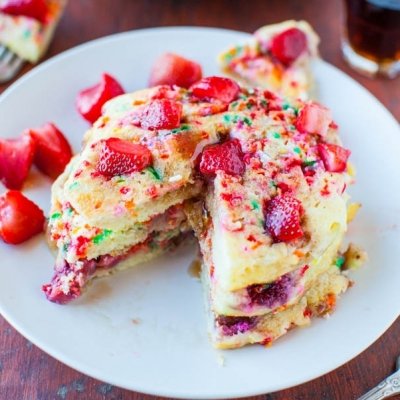 Pancakes are one of the quintessential breakfast foods in places across the world. Whether you prefer the plain old original version or want to try something totally new, you are going to be inspired by the pancakes you see here. Luckily, it isn't hard to jazz up a batch so you can try any of them you like with very little extra effort. 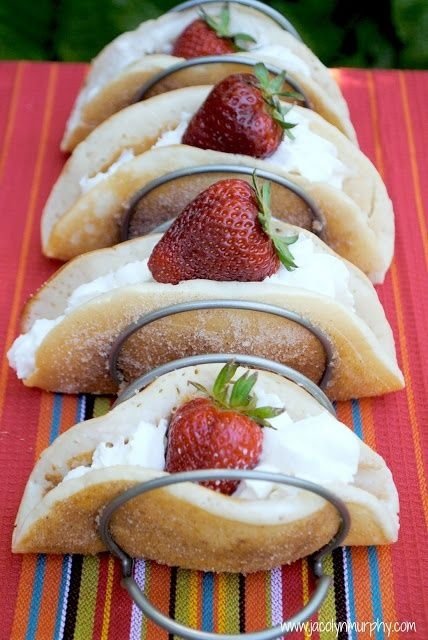 Via Your Healthy Breakfast: Moist, scrumptious ...
Put the toppings in the pancakes and fold them like tacos so you can eat them while you walk. Perfect for a busy morning! 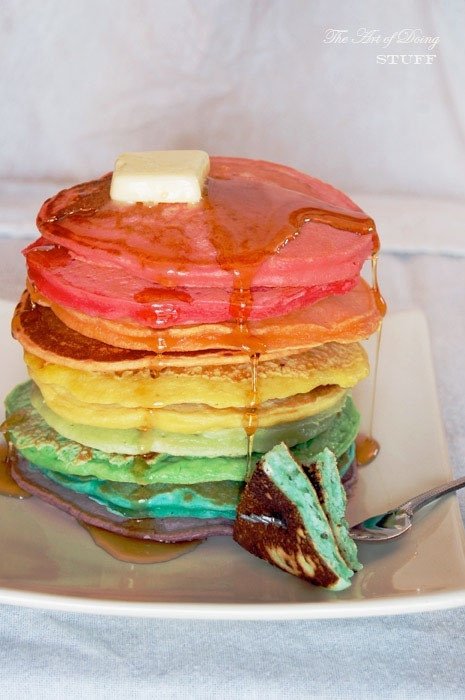 Via Rainbow Pancakes for Shrove Tuesday ...
A few drops of food coloring can transform any batch of pancakes into this colorful stack. 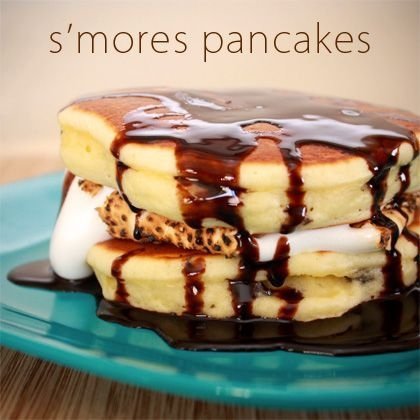 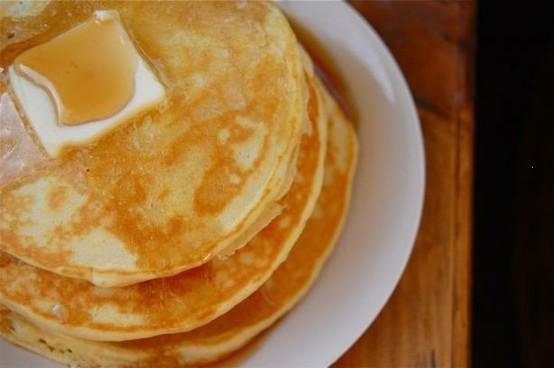 Via Basic Pancake Mix Recipe - ...
Of course, this stack of traditional pancakes is making my mouth water just as much as the others. 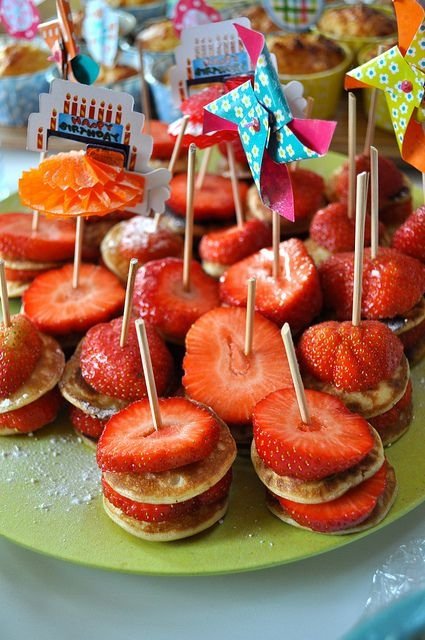 Via kids party food
What a great breakfast for kids! It would also make a great lunchbox treat. 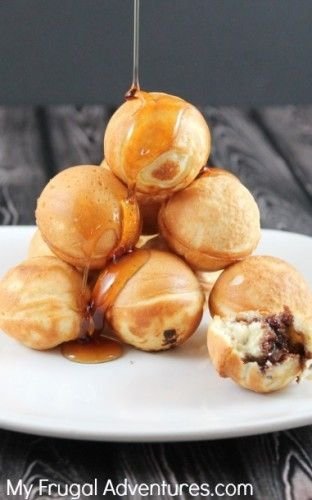 Via Chocolate Stuffed Pancakes {Ebelskivers Recipe}
I can't think of anyone who wouldn't want to eat these for breakfast.

7 Pancakes Made in Muffin Tins 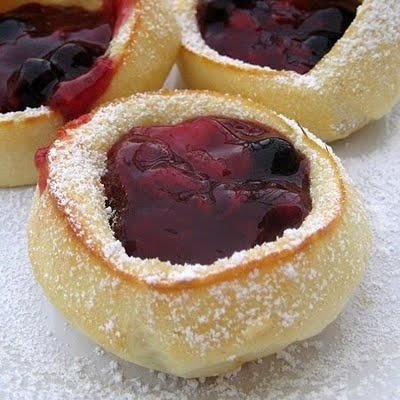 Via Pancake Muffins - Dish Dish ...
Baking pancakes in muffin tins turns them into little cups that you can fill with anything you like. 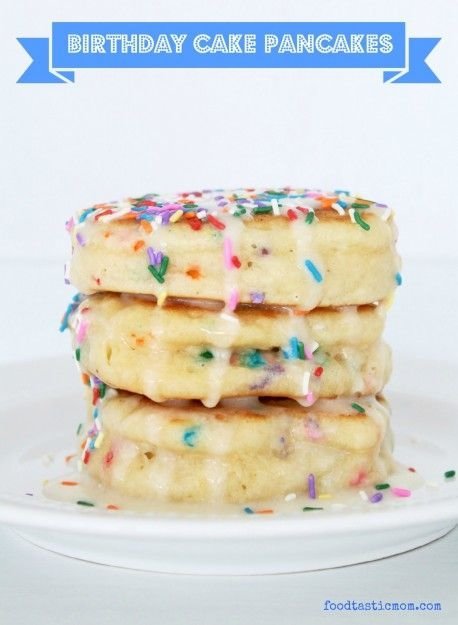 Via Birthday Cake Pancakes
A perfect breakfast on your big day!

Via Banana Nutella and Oatmeal Pancakes
The combination of ingredients in this stack of pancakes simply can't be beat. 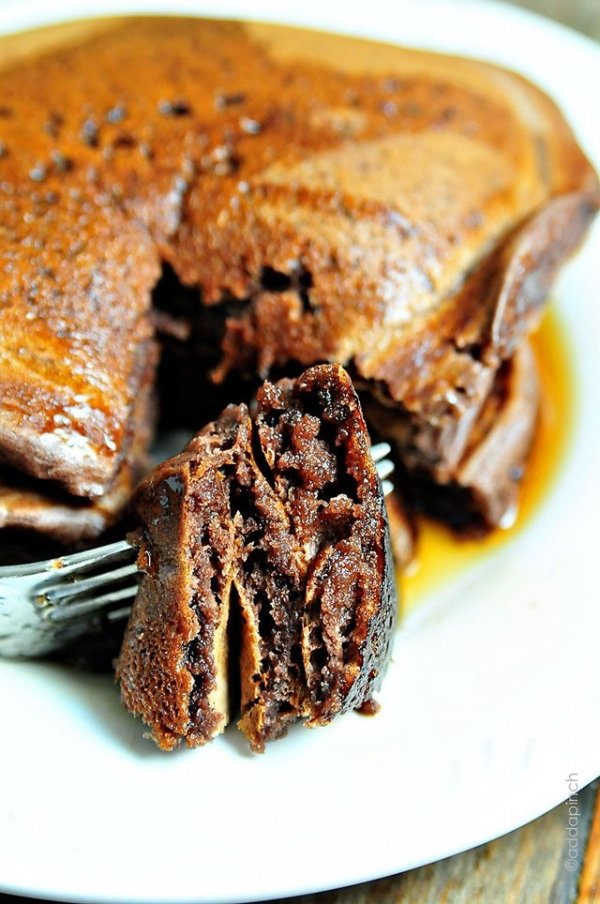 Via Chocolate Pancakes Recipe - Cooking ...
Chocolate pancakes are sure to be a big hit, no matter who you're serving them to. 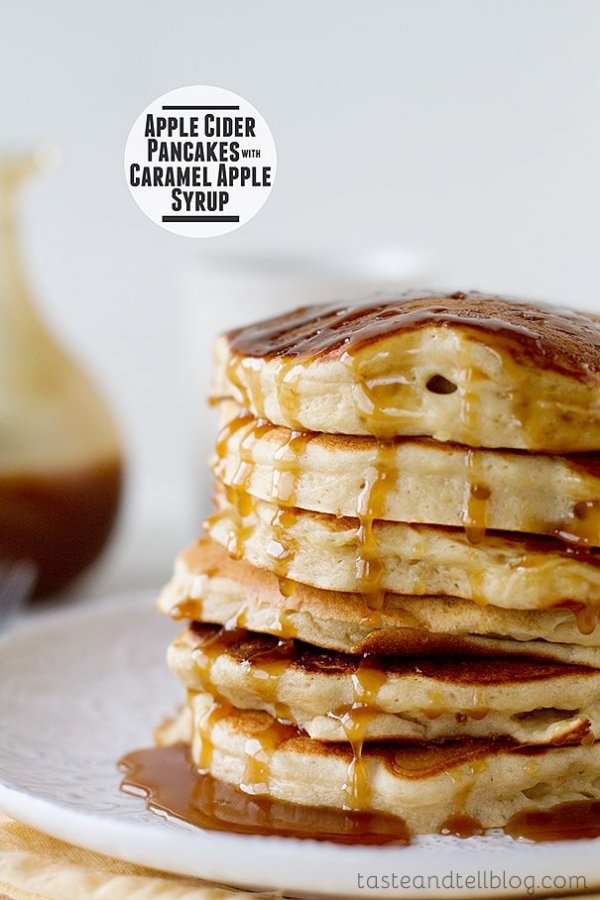 Via Apple Cider Pancakes with Caramel ...
Caramel and apple are two things that were made to go together. 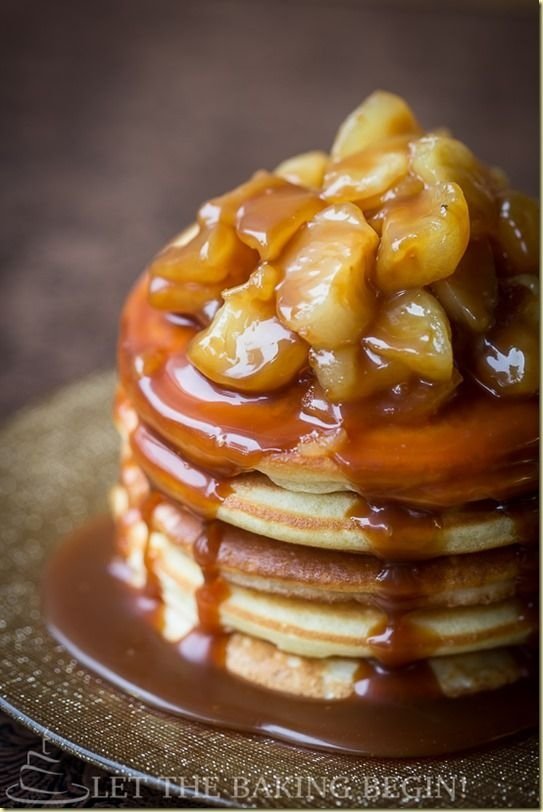 Via Caramel Apple Pie Pancakes
Speaking of caramel and apple, you can't go wrong by topping your pancakes with chopped apples. 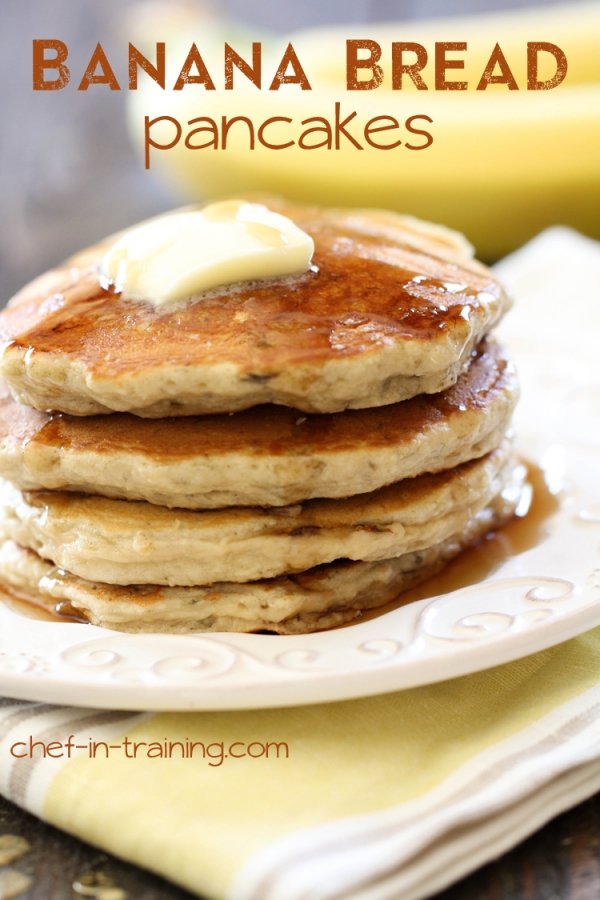 Via Amazing Banana Bread Pancakes | ...
Syrup on banana bread? What could be better? 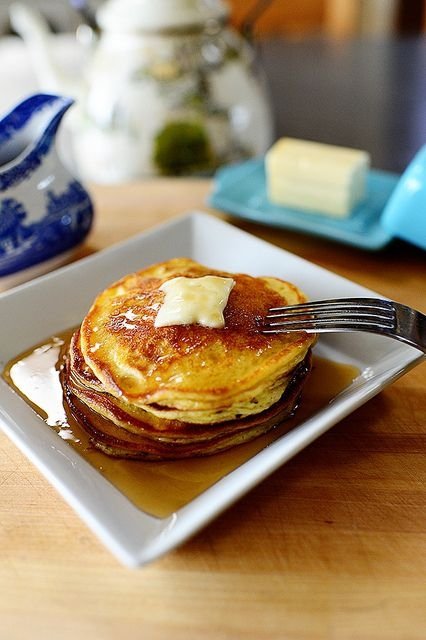 Via Edna Mae&#8217;s Sour Cream Pancakes
Doused in syrup is one of the best ways to eat a stack of pancakes. 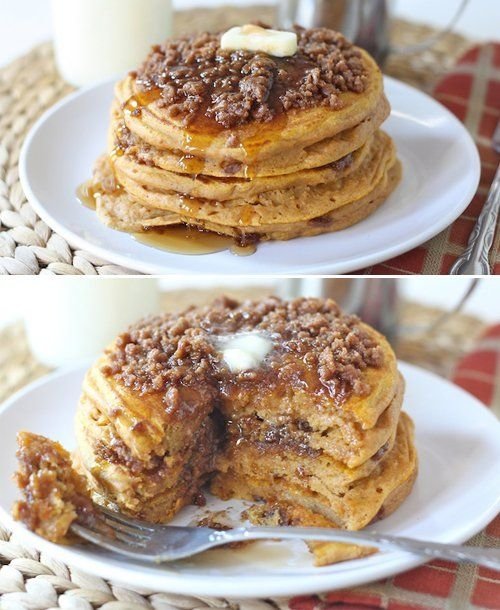 Via Pumpkin Cinnamon Streusel Pancake Recipe ...
The name says it all. What a fantastic way to bring on fall!

Via Whole Wheat Banana Pancakes. - ...
Sliced bananas make a dynamite addition to any type of pancake. 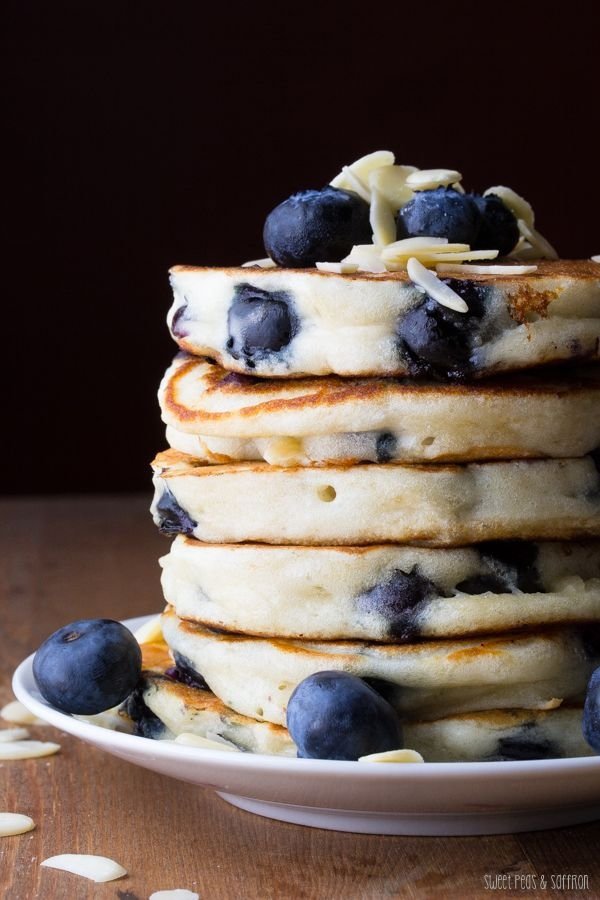 Via Extra Fluffy Blueberry Almond Pancakes ...
Blueberry pancakes are one of my favorite kinds. What do you think about them? 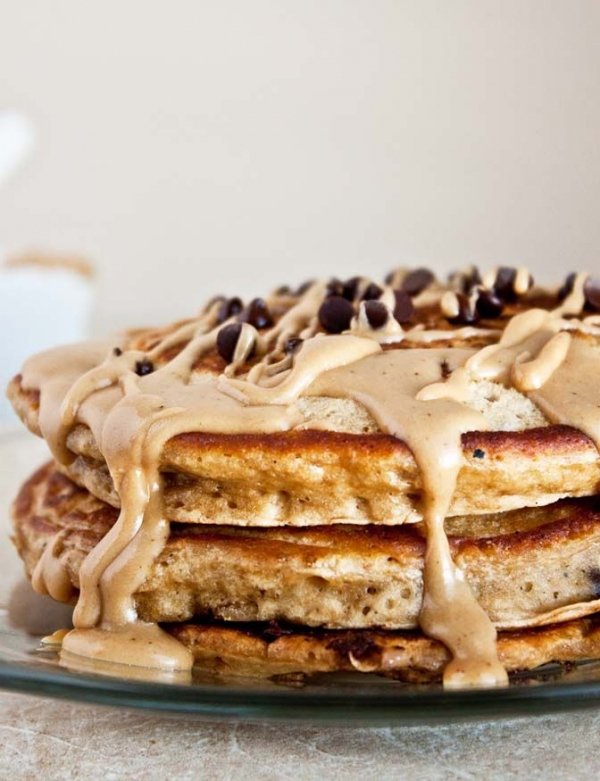 Via Espresso Chip Pancakes
They'll fill you up and give you a good dose of caffeine at the same time. 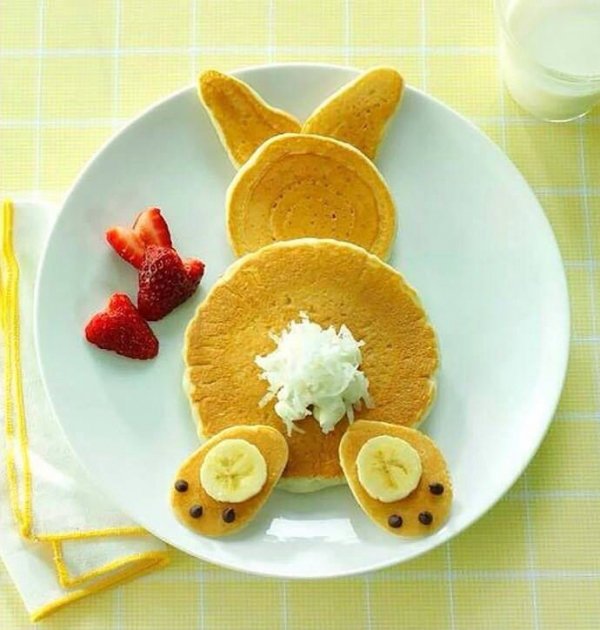 Via bestrecipeslive.com
I made these for my kids on Easter one year and they were a total hit! 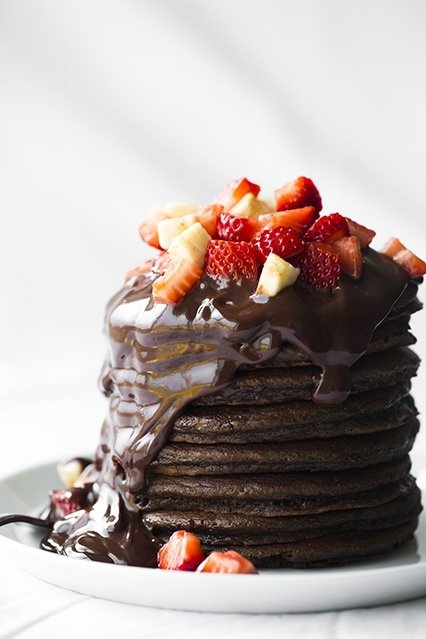 Via Chocolate Pancakes with Chocolate Sauce, ...
If you want chocolate overload, this is the stack of pancakes for you.

Via Apple Crumble Pancakes - The ...
I can imagine that these pancakes taste just like apple pie. 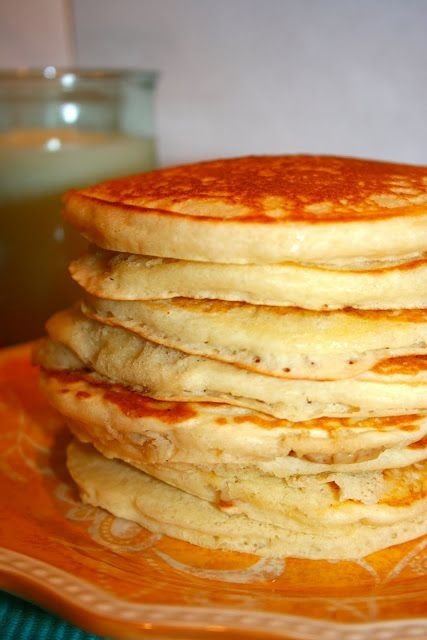 Via Krissy's Creations: [The best] Pancakes ...
Don't be shy! Go ahead and make a huge stack of pancakes. 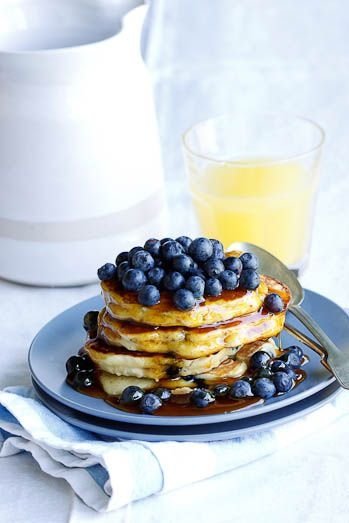 Via Blueberry-Ricotta flapjacks/pancakes - Simply Delicious
While you're at it - don't be shy with the blueberries either. 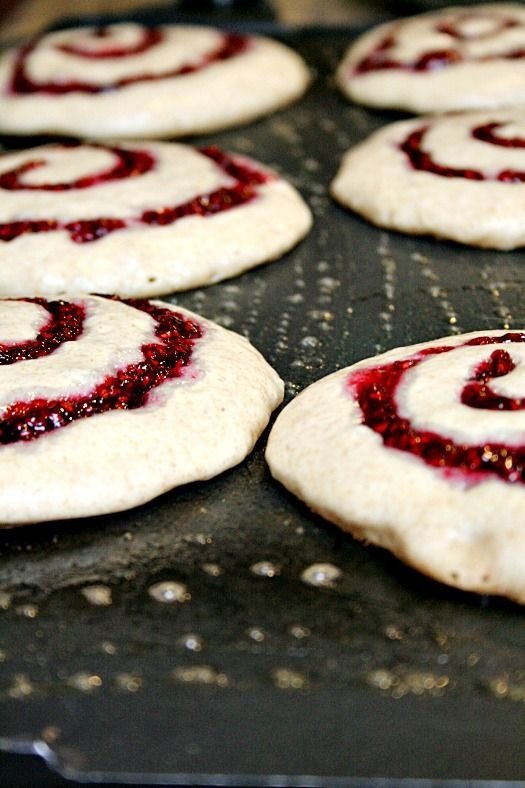 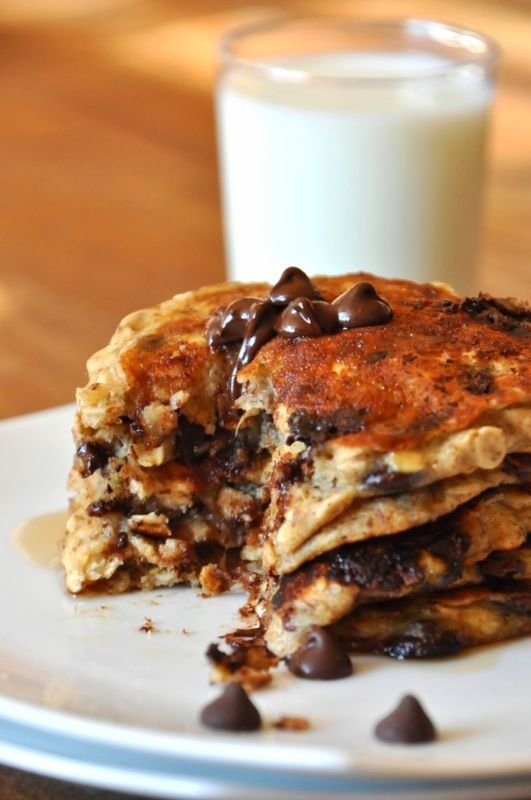 Via minimalistbaker.com
For a sweet treat, top your pancakes with a handful of chocolate chips. 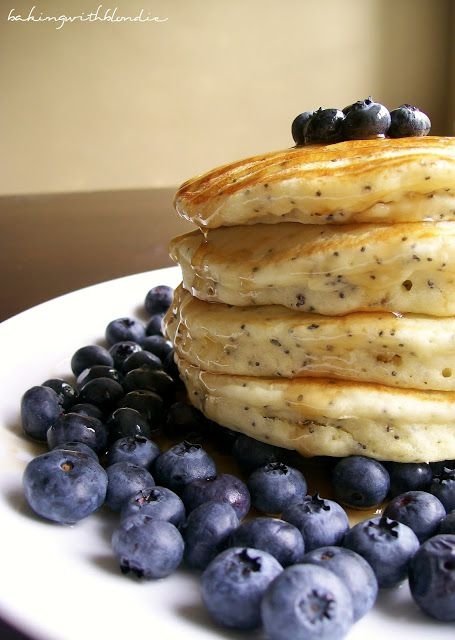 Via Baking with Blondie : Lemon ...
Poppyseed pancakes have a really yummy flavor that's unlike anything else. 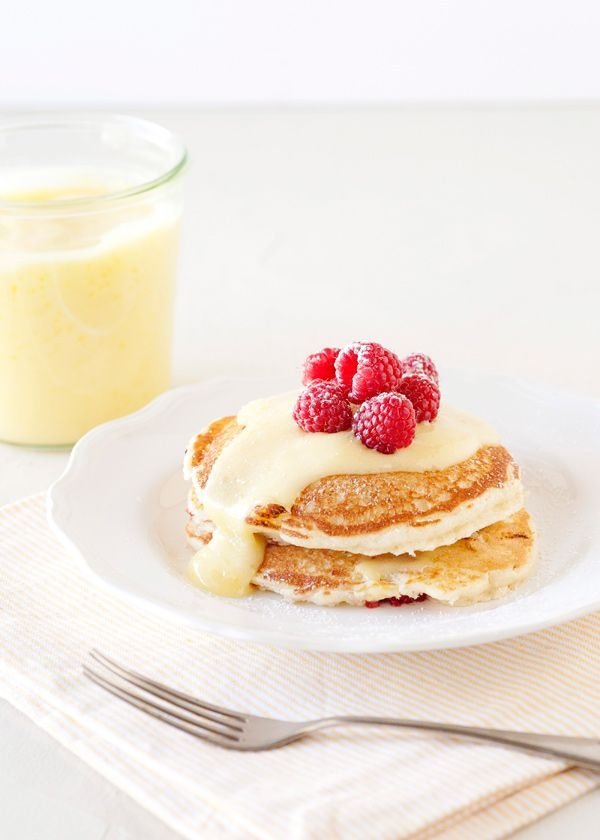 Via Lemon Raspberry Pancakes - Baked ...
Lemon cream and a bunch of fresh raspberries make for a stack you'll never forget. 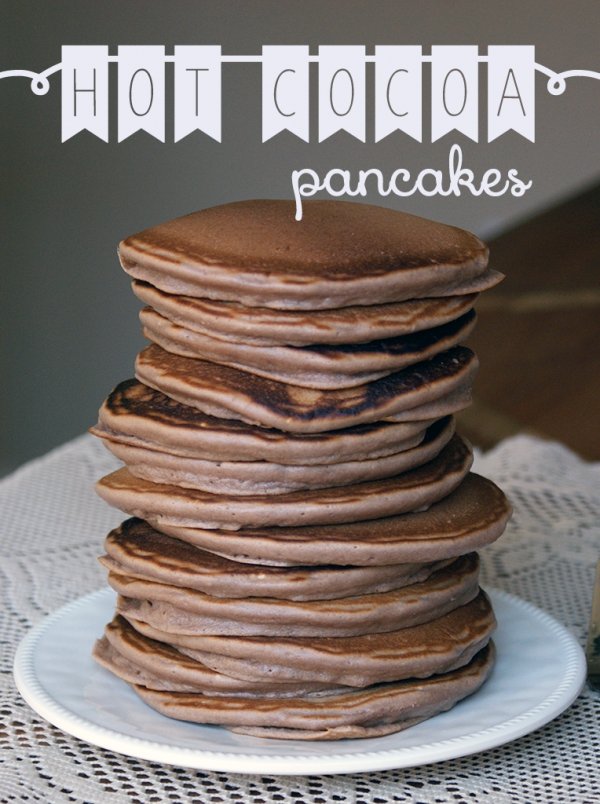 Via Recipe for Hot Cocoa Pancakes
These would make the most delicious wintertime breakfast. 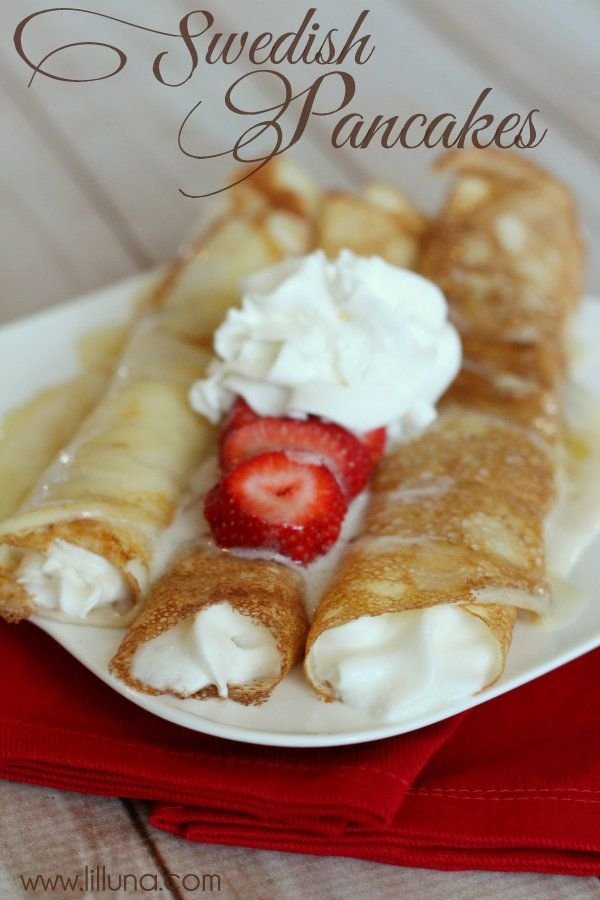 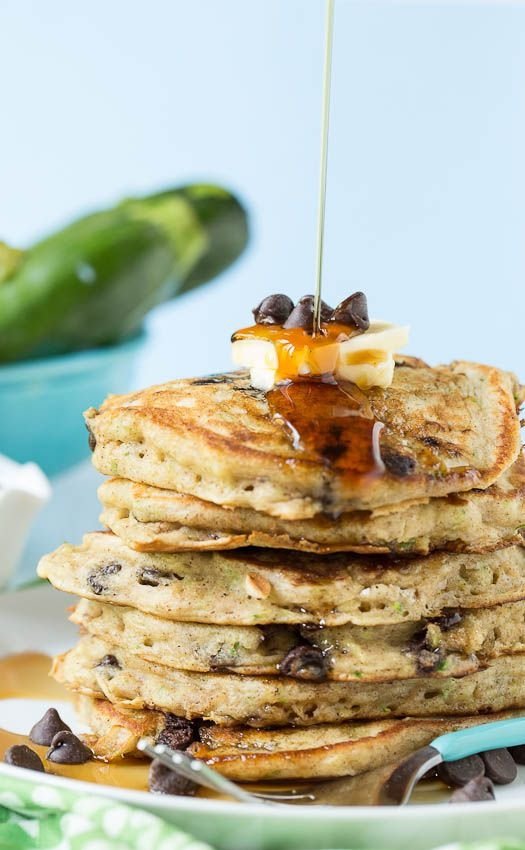 Via Chocolate Chip Zucchini Bread Pancakes ...
This is the recipe you need if you have a ton of zucchini in your garden and don't know what to do with it all. 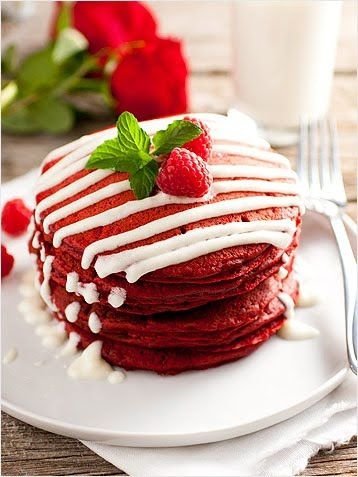 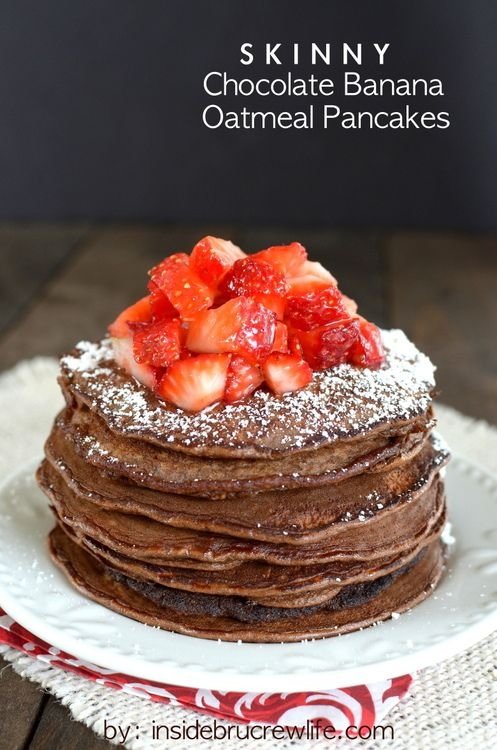 Are you a pancakes for breakfast kind of person? I serve them for dinner all the time and my kids love that! Which stack looks like it will be your new favorite?