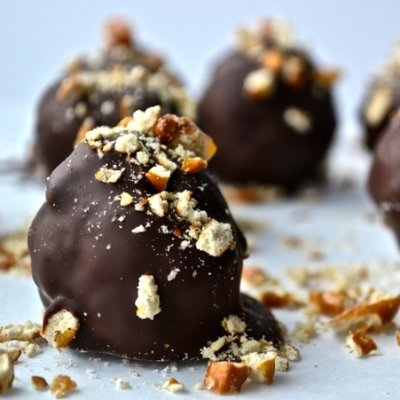 2. Chocolate Has No Nutrition

Dark chocolate is full of antioxidants which are also found in green tea, red wine and berries. It also contains dietary fiber and minerals, meaning a daily square of your favorite dark chocolate will do you more good than harm. Some experts even say chocolate can be called a super food.

4. Chocolate is an Aphrodisiac

It’s a myth that may or may not be true. The myth was brought to life by the Aztecs, but researchers have not yet found a link between the consumption of chocolate and a romantic mood. This myth could be true in a more psychological way, as eating chocolate can be sensual and stress-lowering.

Apparently, some people believe that consuming chocolate is the cause of their headaches, and some even say they get migraine attacks from it. Researchers haven’t found any link between chocolate and headaches so far, so don’t worry about that square of your favorite bar.

6. Chocolate is High in Caffeine

If anything, it’s the sugar that’s found in some milk chocolate bars. Good quality dark chocolate will not cause any cavities, according to a study performed in Osaka, Japan. Researchers also pointed out that chocolate actually fights mouth bacteria and tooth decay. I say, start munching away…

Are you a chocolate lover who has been depriving herself of her favorite treat? I sure hope you’re about to run to the store to get yourself the best bar you can find. After all, if we listen to researchers, chocolate isn't so bad for you. All you have to do is pick a good quality one and stick with it to reap the benefits. What’s your favorite kind of chocolate?