Nom Nom the History of Chocolate ... 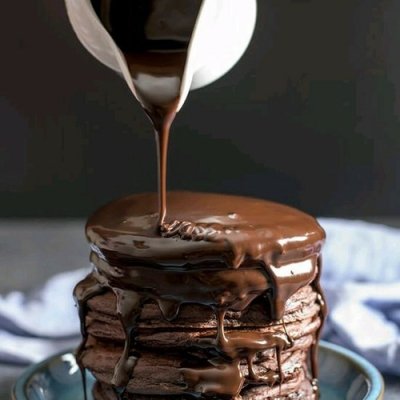 It's yummy, it's sweet, it's gooey and it makes us feel good. Who doesn't love chocolate? I love it and i know I eat too much of it (but it calls to me ... eat me, eat me), but how did this super treat develop? Just what is the history of chocolate?

Cacao, which chocolate is made from, originates from the Amazon and has been traced back to around 4000 years ago. In Mayan culture, cacao pods come to symbolize fertility and life, and temple stones are carved in to the shape of the pods.

In Aztec culture, cocoa beans were highly prized and started to be used as their own form of currency. The modern word chocolate actually stems back to the language of the Aztecs.

Spanish Conquistador Don Hernán Cortés brought cacao beans to Spain in 1528 and very gradually, the custom of drinking chocolate spread across Europe, reaching England in the 1650s. Noble Spaniards begin to mix the bitter cocoa with things like sugar and cinnamon, creating the sweeter cocoa based drinks and treat we are used to today.

Drinking chocolate becomes a religious debate after Pope Pius V declares that Catholics are allowed to drink it during the Fast.

The first book is published that is solely dedicated to the use of chocolate, a very early form of cookbook!

London’s very first chocolate shop is opened by a Frenchman, and it becomes one of the most popular establishments in the city.

The Catholic Church takes another look at chocolate to assess if the delicious food has any kind of bewitching properties.

Chocolate makes its first appearance in Germany and is immediately made subject to a harsh tax because it proves so popular.

The rise in popularity of chocolate in Italy leads to many creative and delicious developments from the usual drinking chocolate.

The power of steam begins to be utilized, which means that chocolate can now be mass-produced in much larger quantities than before.

This is the year that mainland America finally decides to take notice of and discover the brilliance of chocolate! In 1765 the first chocolate factory is built in the USA.

At this point in history half of all the world’s chocolate is made in Venezuela, with a third of it being consumed in Spain.

The Swiss decide to get heavily in to chocolate, investing in their own chocolate factory and sowing the seeds of what would become a national reputation.

The cacao tree becomes known as an ornamental plant in some parts of Western Africa.

The cocoa press is invented which helped to make drinking chocolate a much smoother and more enjoyable experience.

In the moment everybody had been waiting for, drinking chocolate is finally made in to solid eating chocolate for everybody to enjoy and in 1849 the Cadbury’s brothers exhibit their brand of chocolate treats at Bingley Hall in Birmingham, England.

Americans are introduced to eating chocolate and chocolate biscuits when Prince Albert organizes a special exhibition.

After eight years of experiments, the Swiss finally reveal their new invention, a sweeter, tastier treat called milk chocolate. And in 1879 the Swiss then invent a technique called ‘conching’ which makes chocolate literally melt in your mouth.

Chocolate becomes a national dish in Switzerland, and their reputation as the world’s best manufacturers is unquestioned.

In America, the CMA, Chocolate Manufacturer’s Association, is formed, helping to regulate quality and two years later, a New York Cocoa Exchange is established at the World Trade Center.

Chocolate is literally out of this world, as it is now taken to space as part of an astronaut's food package!