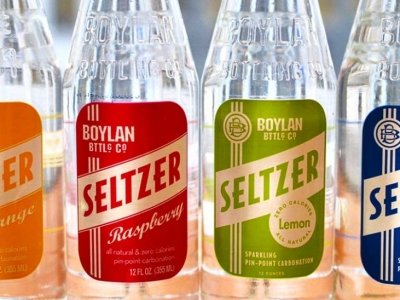 I know soda is the enemy but it's one of my favorite indulgences, although I'm a fan of homegrown soda brands rather than the big name brands. Regional soda, like craft beer, just has a better flavor. You have a better idea about what goes into it, and if it's truly local, then you're also helping out an entrepreneur in your area. So if you still indulge in soda sometimes yourself, think about trying a few homegrown soda brands. These might be right in your area, or you might get the chance to try one on vacation. Be sure to chime in with your favorites too, because these are just the ones I've tried or heard about!

Moxie is a New England darling, known as one of the most popular homegrown soda brands up this way. It's actually the oldest soda in the country, predating Coca-Cola by two years, and though its inventor was born in Maine, it was originally made in Lowell, Massachusetts. Although well-loved, you'll probably either love it or hate it. It's made with various herbs and roots, many of which are purported to soothe your digestion – hence why it was initially labeled as something of a nerve tonic.

Passaro's Manhattan Special really is special. Why? The Espresso Coffee Soda. If you've ever wanted your coffee carbonated, this is your soda. There are plenty of other amazing flavors, but this one gives you a buzz like you wouldn't believe – and you can order it no matter where you are, which I advise you to do. Right now. Don't worry, I'll wait.

I love Boylan sodas. The New Jersey brand produces one of the best cane colas I've ever had – the Boylan Bottling Co. Cane Cola, of course. However, its cream soda is the one I love best. I've always been a fan of cream sodas, and Boylan's is rich and sweet but not overpowering. I've only been lucky enough to try it thanks to one of my favorite Salem eateries, Scratch Kitchen. They make everything from scratch, using locally sourced foods and farm-to-table ideals, and this is just one of the many regional sodas they sell.

Hosmer Mountain Soda is a Connecticut based soda company, and like similar brands, it's proud of its local water sources. That does seem to make a difference, because these sodas – of which there are many – are incredible. My favorite is a the Sarsaparilla, which is wonderfully earthy and well rounded. It reminds me of West Virginia, honestly.

Here's another NYC soda brand – straight out of Brooklyn, y'all! Q Club uses some of the most unique and inventive ingredients I've ever seen in a soda. Their Kola, for instance, actually uses kola nut, along with cloves, cinnamon, coriander, lemon and lime, a little orange, some nutmeg, and then some purely organic agave. You can look forward to similar natural ingredients in most, if not all, of their sodas. My tip? Have yours with a hot dog. For what it's worth, though, Brooklyn Soda Works is another winning brand.

ABC sodas are some of my favorites; they just taste like home. The brand sweetens its sodas with pure cane sugar, but you'll also taste a little bit of honey – and no corn syrup! The great thing about ABC sodas is that they're gluten free and they don't have any caffeine. I strongly recommend the white birch beer and ginger beer. They're so crisp and tasty, and there's something so earthy about them.

Representing Detroit! Faygo is as D-town as rolling iron and Coney Islands, and it's … well, it's kind of an acquired taste. You'll hear lots of jokes from locals about how it's like the ICP of sodas. I recommend sticking with a cola based flavors than, say, the Red Pop, which kind of tastes like saccharine strawberry candy. It is, however, a great replacement lip stain if you forget your gloss.

Soda shouldn't be your primary beverage, but if you like it, it's okay to indulge. I'm not saying that local sodas are healthier than Pepsi, Coke, or other brands, but there's a definite difference. If you do drink soda, what's your favorite regional brand, and what do you like about it?