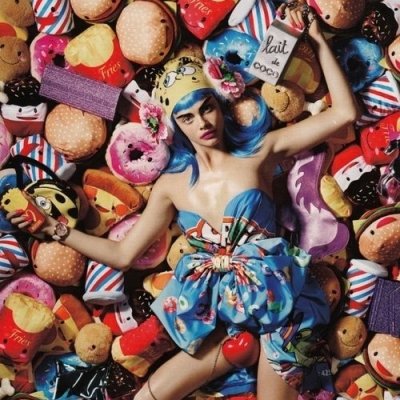 You might be surprised to learn that there are plenty of secrets of the fast food industry that may leave you rethinking that trip through the drive-thru. I’m all for a fast and easy meal when time gets tight, but I also want to eat foods that are healthy and the same goes for what I feed my kids. There’s nothing wrong with the occasional fast food meal, but if you make a habit of it, things can get nasty. In the meantime, learning the secrets of the fast food industry might leave you inspired to cook more often at home in your own kitchen.

1 They Have Secret Menus

I feel so betrayed! That’s right; one of the secrets of the fast food industry is that they have menu items that you might never know about. This probably isn’t a good enough reason to keep you away, but you might decide to look further and find new menu choices. For example, some McDonald’s locations will give you fried chicken between two McGriddles. And some Taco Bells have Lava sauce, but only by request. Just Google “secret fast food menus” and it will completely change your world.

Now to the stuff you will be shocked to find out. Way back in the day, I put in my fair share of years working in the restaurant business. Every night at the end of a shift, we were required to clean the drink machines by taking them apart and putting them through the dishwasher. The truth is that many places don’t do this, which can result in icky tasting drinks. If it doesn’t taste right, you might want to skip it.

I love lemon in my iced tea, but can you really trust those slices that are sitting next to the drink machine? Probably not, say many experts. Not only do you have no idea how long they’ve been out, but they are the reason behind many recorded outbreaks of food poisoning. It’s sad to skip it, but it pays off in the end.

4 Food Should Be Tossed

Restaurants can’t afford to throw away too much food, but that turns out to be very bad for you. Many foods are not safe after being in a warming tray for a certain amount of time. However, insiders in the fast food business say that often employees will simply reset the timer instead of getting rid of the food to keep their numbers out of the red. That’s enough to make me avoid fast food for the rest of my life!

Most fast food restaurants will claim that their food is made fresh on the premises when it’s ordered and not before. You can pretty much assume that it’s not true, say most insiders. In fact, most items come pre-made and frozen and are simply heated before being served. While there isn’t a health hazard in that, the foods could be stored and cooked improperly, which does pose a risk. And, it’s no secret that fresh food tastes better than frozen, so you may be paying for something you aren’t actually getting.

Those grill marks on your burger are certainly not real. In fact, most fast food burgers are grilled on a flat top and come with the marks already imprinted on them. Don’t rest easy just yet though because the meat isn’t pre-grilled to make those marks. It’s usually artificial coloring added before the burgers are shipped to the restaurants.

7 You Can Get It Fresh

If you do decide to get fast food, don’t be afraid to ask them to cook you a fresh meal. There’s no reason why you should settle for sub-par food so just tell them you want a fresh batch of fries and a fresh burger patty. That way you get what you want!

Do you have any other fast food secrets? It’s always a bit scary to eat where someone else is charge of your food, isn’t it? The trick is to just know what’s going on and maybe eat at home if you’re unsure.