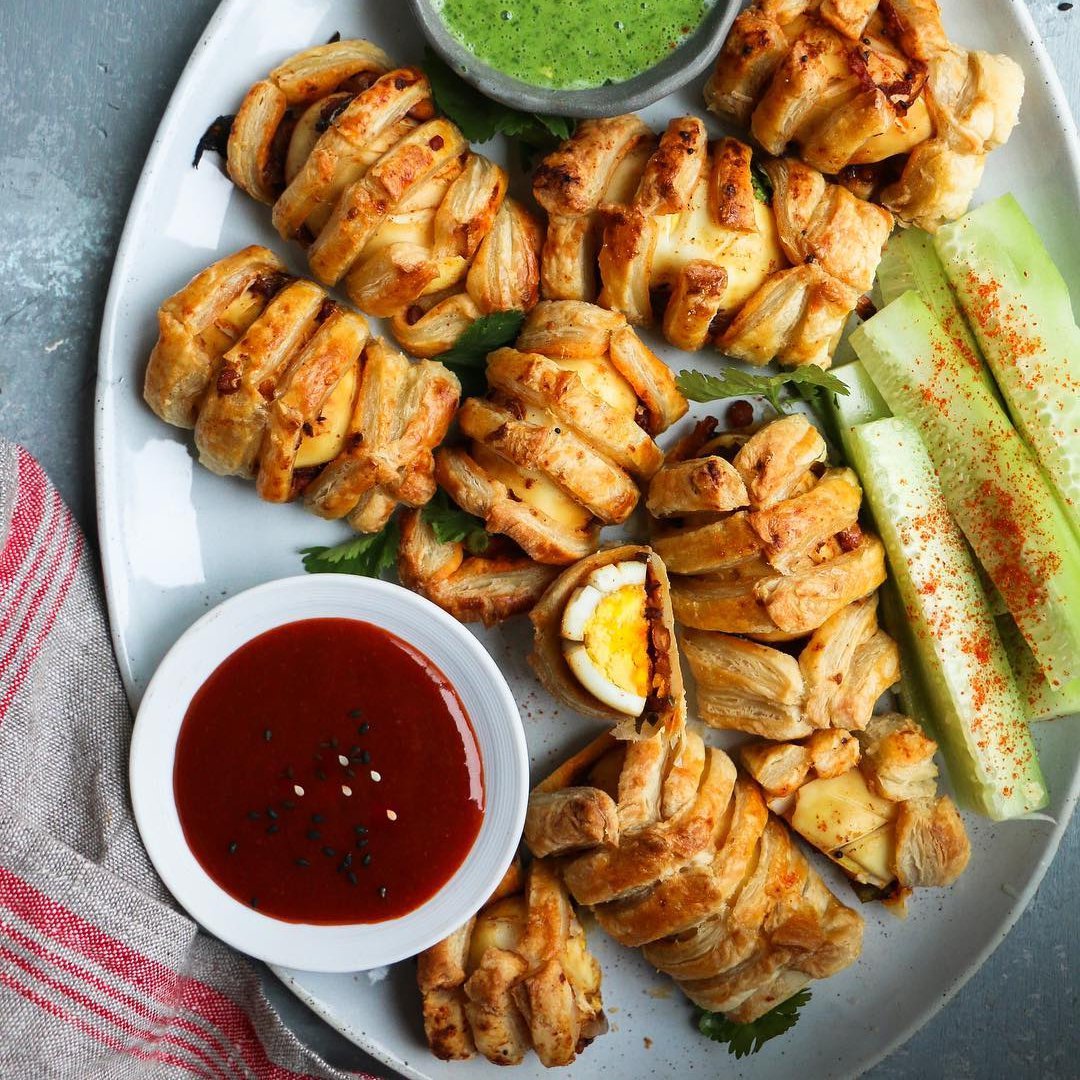 Everything may be made ahead of time. This makes it easier for you.

You can make the appetizers just like Guy or adapt your own versions, leaving out some of the sauces and seasonings. Either way, they will taste delicious! Here are the best Super Bowl appetizers by Guy Fieri. Enjoy!

Personally, I like the Philly Cheese Steak Ritz Crackers idea and the Shrimp idea. However, with the crackers, I would simply saute the peppers, onions, ribeye, and seasonings and simply melt the cheese on top without the balsamic vinegar.

As he only had 30 seconds left to finish, the rest of the appetizers could not be discussed, such as the pork poppers. Below is a link to instructions for each of the recipes.

Not only were the recipes interesting, but a man that can cook? And cute too? Now that's interesting!