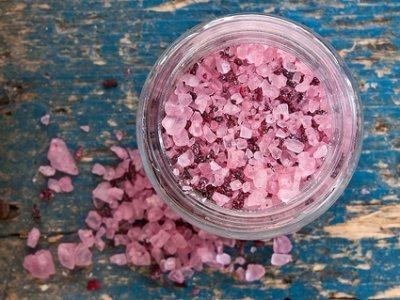 Salty foods should be eaten in moderation. I know, you’ve heard that little gem of advice a million times, but that’s because it’s pretty good information. Too much salt can raise your blood pressure, which in turn raises your risk of heart disease. Not to mention it can also leave you bloated and uncomfortable. If I eat too much salt, I often get a killer migraine. No matter what the effects are for you, it’s a good idea to keep your sodium intake under control. Check out these super salty foods and you can start limiting them right away for the sake of your health.

Who doesn’t love a crisp, juicy dill pickle spear? They happen to be one of my favorite foods! However, to pickle a food, a lot of salt is used. As the cucumbers brew in the pickling juice, they absorb a huge amount of salt, making them one of the most salty foods you’re going to come across. Sure, it’s fine to indulge in the occasional pickle or to put a couple on your burger, but if you tend to snack on them every day, you may be getting too much salt.

I’m pretty sure that reading the nutrition label on a can of soup is enough to give me a heart attack. Can you believe how much is in some of them? Even the ones that claim to be low in sodium might contain more than a recommended day’s value worth. I know how convenient warming up some soup can be, but it’s a much better idea to make a huge batch (with minimal salt) now and then, portion it out into individual servings, and freeze them. That way, you can grab and heat a healthy bowl of soup anytime the mood strikes.

I love a hot dog as much as the next person, but did you know that processed meats are one of the biggest culprits when it comes to sodium content? That includes lunchmeat, pepperoni and bacon too. Keep your intake of them minimal and if you do choose to indulge, balance what you eat for the rest of the day so you don’t overdo it.

You grab a bottle of vegetable juice thinking you’re making a virtuous choice. While you are definitely getting a good number of vegetables into your diet, you are also loading up on salt in the process. Read the labels carefully to be sure you’re making the best choice there is. Of course, you could always use your juicer and make your own juice at home. That way you can easily control how much salt goes into it.

Think about this. While crab is ultra delicious and one of my absolute favorite foods, it also spends its life soaking up the sea. That translates to a higher than average salt content. There’s no reason why you can’t gobble it up on occasion, but making it a daily staple might not be the best idea. Fortunately, its cost can help you control yourself.

Bottled marinades are super simple to use, but they are often loaded with salt, both to give them flavor, but also to make them shelf stable. I prefer making my own marinades for this very reason. It’s not that hard to toss together some honey, olive oil, garlic, fresh cracked black pepper and minced onion and use it to give steaks, chicken and fish plenty of deliciousness. Pay attention to sauces too, because they often have the same issue.

Cheese has a saltiness that makes it perfect for melting on vegetables or eating on a cracker, but all that sodium doesn’t make it the best choice to eat all the time. The occasional chunk of cheese provides you with plenty of calcium, so go ahead and have a piece now and then. Just keep it at an ounce.

How do you keep your salt intake under control? Are any of these foods surprising to you?