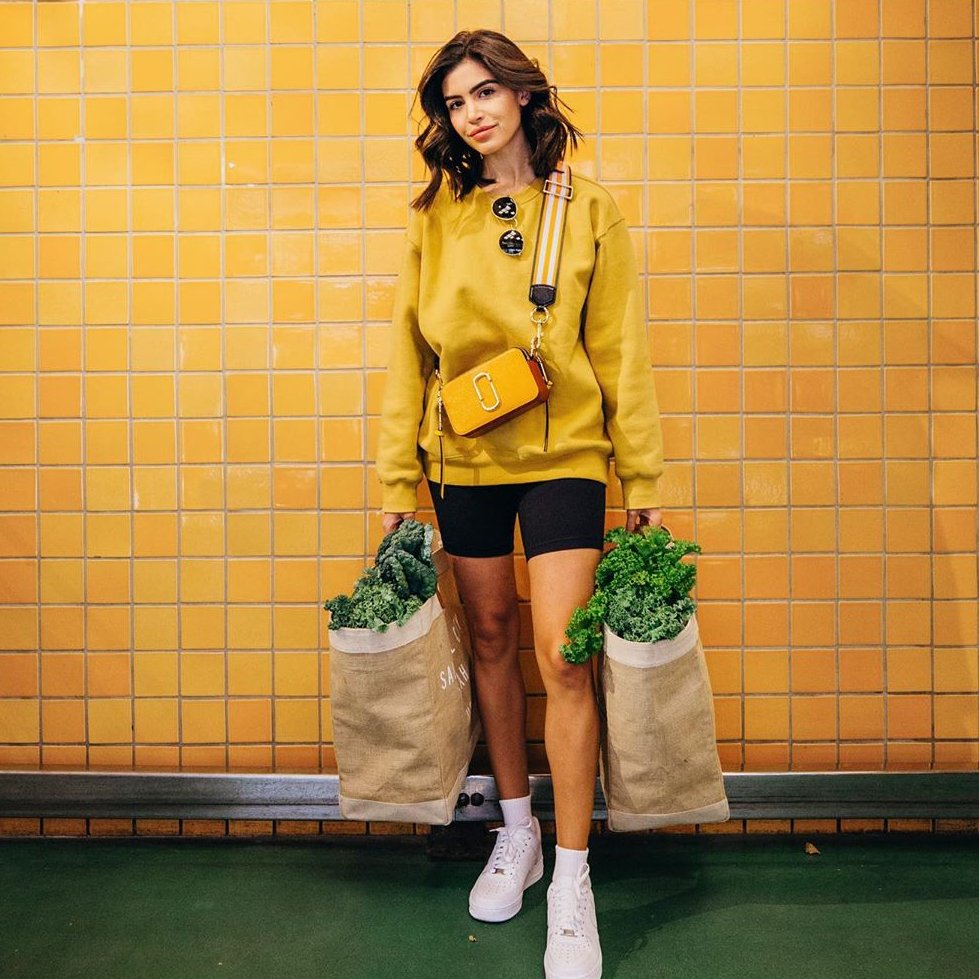 Along with making sure you’ve got your weekly coupons and grocery list made, have you ever taken a moment to actually stop and think about where your groceries come from? I used to be someone who planned her list and just went to the supermarket. As long as the store had what I needed, I figured I had cultivated success in the grocery game. If I happened to have saved 50 cents on a carton of milk, then I had really hit the jackpot! What I didn’t understand many years ago that I do today, was just what certain foods go through before they make it onto store shelves, and how this process affects more than I ever bothered to think about, much less saw the effects of. Now, things have changed. If you want to truly connect with the food that is the fuel you’re putting into your body to create your best self, you need to know exactly what you’re eating. Finding out where your groceries come from is part of that and as you’ll read here, I’m going to tell you why you should care and what you can do to make sure you get the best foods for your body and the environment.

One of the biggest topics in the world of health and groceries right now is determining if where your groceries come from involves the manufacturing of genetically modified organisms, also known as GMOs. GMOs are scientifically derived foods, made to appear and taste as if they were real foods. In fact, they are scientific versions that serve as a hybrid of what real food is. For example, scientists are using cheap crops such as inorganic corn, beets, sugar cane, summer squash, and soy to create literally thousands of foods made from these cheap ingredients so they can recreate them to be a completely new different food. Most processed foods contain GMOs unless the label clearly says they are Non GMO certified. Most all meats that are not certified organic come from animals fed GMO crops, as well as tons of other foods that use GMO crops for cheap manufacturing purposes. Even extracts, spices, etc. can contain GMOs. It is best to buy organic sources of food to avoid GMOs, or buy from a brand that has the non-GMO certification label on the package.

Many foods today that make their way onto our tables each day are byproducts of inhumane treatment through slavery in other countries. Top culprits include chocolate, coffee, and other high commodity foods such as these. Inorganic meats may also often come from farms where farmers are underpaid, and forced to overfeed animals in order to produce more meat for meat companies, which results in them possibly going into debt, losing their farm, or worse, being forced to work for the companies for life, even if they would rather not. After watching the movie Food, Inc. years ago, my eyes were opened up to this form of “slavery” if you want to call it that, right here in our own country. To avoid buying products that are forms of slave trade in other countries such as chocolate and coffee beans, be sure to buy organic, Fair-Trade sources, which ensures that the workers were treated with respect and paid comparable wages. If you buy any meat or dairy, buy organic and certified humane sources, or buy from a local farm you trust and know the conditions of.

While not the most pleasant topic to discuss, it needs to be noted so you can know what you’re eating and where your groceries are coming from next time you do some shopping. Here’s a little fact in case you don’t already know: most meats that are not certified organic are fed animal by- products as cheap food. This means, when other animals die on the manufacturing site, animals that are still alive are fed the remains of those who have died. Yes, it is disgusting, but true. Don’t buy meat or dairy that is not organic. It’s not smart, nor is it even reasonable, in my opinion. If you can’t afford the prices of organic meat and dairy, considering using less, which is what I do, and eat more real, whole plant foods instead.

You go into your produce department and pick up a bag of fresh spinach, nonorganic that is. No harm there, right? Wrong my dear! Did you know most inorganic produce is processed in fields where sewage runs over into the fields, or the fields are sprayed with pesticides and herbicides that contain sewage by products? If pesticides and herbicides kill bugs, they can’t be good for you either! I mean, you wouldn’t eat Round-up or eat crops from your yard if your sewage spilled into it, would you? I didn’t think so. Buy organic whenever you can. To save money, be sure you buy what organic items are on sale, buy items on the Dirty Dozen list first, and then feel free to pick up more foods in conventional form off the Clean 15 list, which you can find here:ewg.org.

I watched a video during my college days that showed how a certain popular brand of lemons (nonorganic) were made. I have used these lemons for years, and will admit, still buy them on occasion if I must, but was shocked at what I learned. The lemons weren’t really yellow at all. They were sprayed a yellow dye, much sooner than they were ready to actually harvest, and made to appear as if they were ripe and ready to eat. I couldn’t believe that fake dyes were used on foods to make them look real. Lemons aren’t the only culprit either. Many other forms of produce are sprayed with dyes, chemical shine-enhancing substances and more, to make them more appealing to consumers. There is a reason the inorganic apples look shinier than the inorganic ones, and a reason the organic lemons look a little less vibrantly yellow than the conventional ones do. Organic foods are foods in their real form, produced and harvested normally. While you don’t have to abide by this perfectly, you do need to be aware. Tomatoes are another culprit, as many are ripened way too early in a greenhouse, which not only makes them harmful, but they also don’t taste as good as real tomatoes do.

I’ll admit, I’m not healthy, halo-wearing angel here. I’m known to eat a processed protein bar every once in awhile, but I don’t eat these foods regularly because I truly do know where they come from and don’t believe in feeding my body these things consistently. Foods like protein bars and other processed foods like cereals, candy, snack foods, breads, and even some commercial yogurts among other things, are nothing but science food. They contain so many additives, fillers, stabilizers, etc. that they don’t really even serve your body as food anymore at the point when they make it to the store. Take for instance a popular brand of almond milk that isn’t non-GMO certified. It is one of the most popular brands, yet it contains tons of fillers, preservatives and starches that are not only made in a science lab and contain odd ingredients that we don't really know what they are. These fillers and ingredients can also really hinder your digestion and absorption of nutrients and have been linked to gastrointestinal disorders. After learning this, I chose to buy non-GMO sources of nondairy milk like Silk and So Delicious, which certify no GMOs are used, and their ingredients are cleaner than other brands. They also taste better too! Buy your food as clean as you can, and make sure it has gone through very little processing before you eat it. Not only will you feel better, but the food will also taste much better too. If you’re going to spend your money on food, make sure it’s really food you’re spending it on, and not a scientific experiment.

Here’s a topic we don’t hear about much, but one I think that is definitely worth talking about. What are irradiated foods? In the course of producing foods such as beef, chicken, pork, fruit, vegetables, eggs, spices, juice and sprouting seeds, irradiation takes effect where gamma rays are used on the foods to sterilize them, yet in the meantime, this process takes away their nutrient profile to some degree. It also decreases the intensity of their taste and has been questionably linked to cases of cancer throughout various studies. Though the FDA legalizes this process and has done so for 20 years, stating that it is safe, more and more people are starting to become aware of what they’re eating in irradiated food, which are gamma rays, much like X-rays, which are also referred to as “food additives” on labels, or “pasteurization”. What is really happening is a legalized form of blasting foods with a high powered gamma ray. Can't you just see someone taking a laser beam to your food?! While we can’t be sure what is happening throughout this process, you need to be aware that many foods contain irradiated sources of foods. Irradiation has been linked to cancer, neurological disorders, gastrointestinal disorders and other illnesses. To ensure you’re not eating irradiated foods, eat organic, plain and simple, or buy from a store that does not sell irradiated foods.

With all these things in mind, it may seem buying groceries is more stressful than ever, and while that certainly isn’t what I hoped to do, I do want you to be aware of where your food comes from. When we eat foods that come from vibrantly healthy sources, made the way they were meant to be, we will find ourselves with more energy, less health problems, lower weights, greater sense of mental clarity, fewer food cravings, better complexions and overall appearance and most importantly, a stronger connection to the world around us. Have you ever heard of these type of foods? If so, do you avoid them?