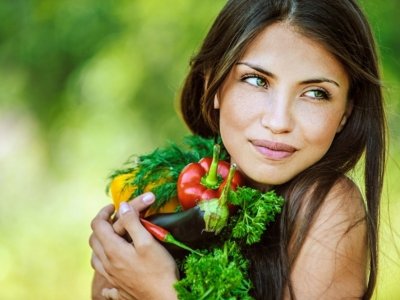 If you are considering a plant-based diet, there are some things you should know before going vegan. I will never discourage you from eating this way because it could save your life. However, the transition will be much smoother if you are prepared beforehand. Before going vegan, make sure you read the following list of 7 important things to know.

You must have a sense of humor before going vegan in a meat-eating world. Don’t get offended when your cousin teases you about eating a veggie burger at the family cookout. Learn a few quips and witty comebacks for occasions like this. You know why you are eating this way. If the relentless teasing starts to drive you nuts, just take pleasure in knowing you will look and feel so much better than your Spam-eating relatives in about 20 years.

2. Not All Vegans Are Weird

Many people assume that vegans don’t shave their legs or wear deodorant. I don’t know about you, but I didn’t magically transform into a hippie when I became vegan. If you happen to be a vegan hippie, that’s fine. If not, don’t be surprised if people mistakenly make that assumption. Just continue to be you, shaved armpits and all.

3. Eat with an Audience

After you announce your vegan diet to your meat-eating family and friends, you may start to have an audience at mealtime. Naturally, they are curious about your food. Some meat-eaters may assume you live in a constant state of deprivation, existing on sprouts and wheat grass. That’s okay because you will lead by example. Let them watch you enjoy a delicious vegan meal that does not include leaves or twigs.

4. It Will Cost More, at First

You will probably spend more money on food when you start. Plant-based foods do not have to cost more than other foods, but it’s easy to overspend at first. I jumped in, head first, and wanted to stock up on everything at once. I didn’t know where to get the best deals on certain things (like nutritional yeast, for instance), so I paid too much for it at the local health food store. Since then, I’ve figured out where to shop and can wait for deals on the pricier items I can’t live without.

Not all vegans are the picture of health. Plenty of vegans eat high fructose corn syrup and white flour because that crap tastes good. I’m on a plant-based diet and avoid processed foods and oils as much as I can. Since I became vegan for my health, it would defeat the purpose to strap on the feed bag and eat processed junk. Yes, Oreos may be vegan, but that doesn’t mean they should be part of my regular diet.

When my husband and I began eating a plant-based diet, the first 24 hours went relatively smooth. On the afternoon of day two, my sugar withdrawals started kicking in. I became edgy and had a killer headache. Luckily, it was a Sunday so I could lie down on the couch and nurse my headache. Just be prepared with some aspirin and try to start your plant-based diet when you have a couple days off from work or school.

Restaurants are hard. Even vegetarian restaurants are hard when you are avoiding processed junk and oil. Until I became vegan, I never realized how difficult it can be to find a restaurant that serves real food. Sure, most restaurants offer a green salad, but you’re a vegan, not a rabbit. Since you probably want to dine out at some point, just know ahead of time that you may need to compromise a bit.

It took me about five years to get from the thinking stages to actually committing to a vegan lifestyle. If you’ve considered going vegan, what’s holding you back?