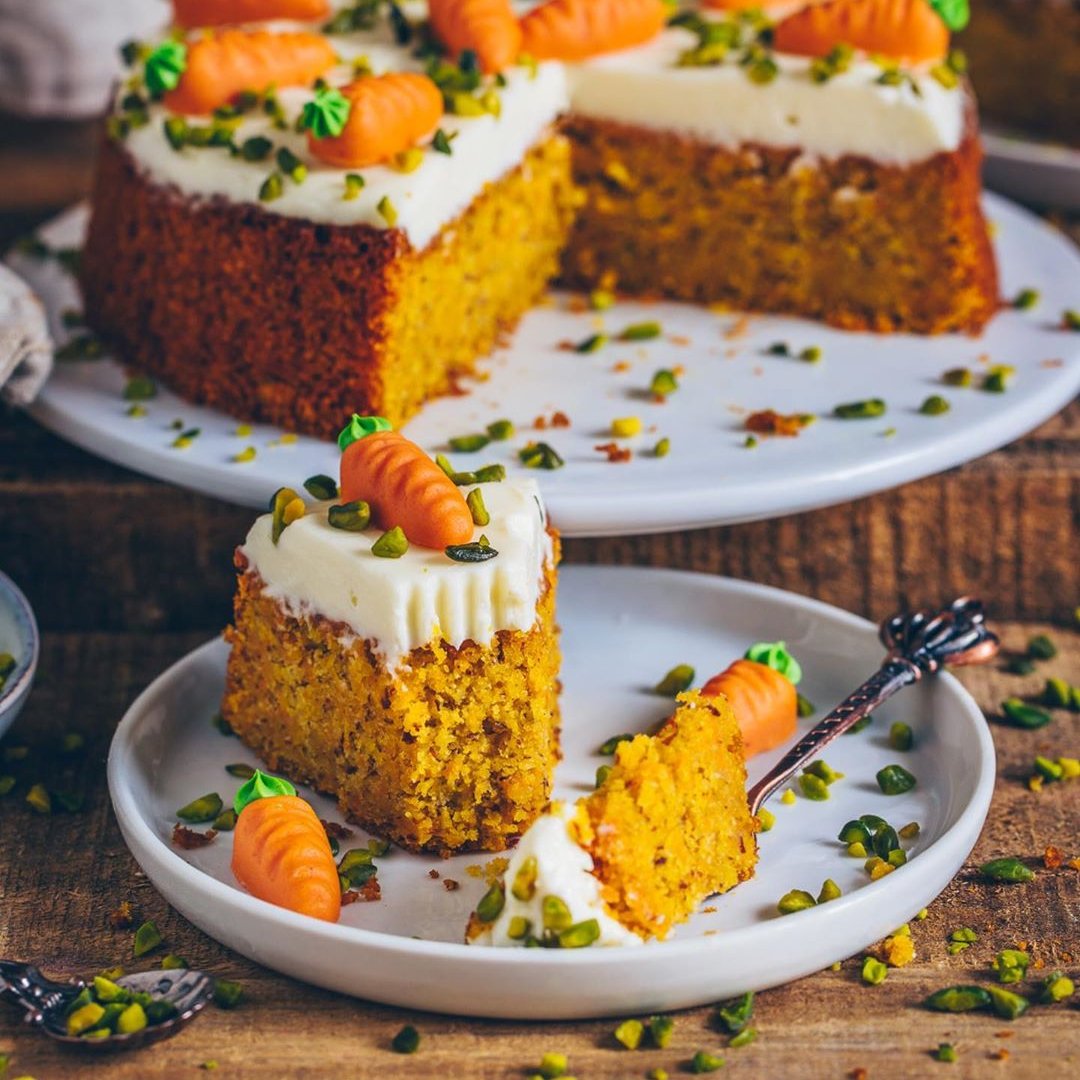 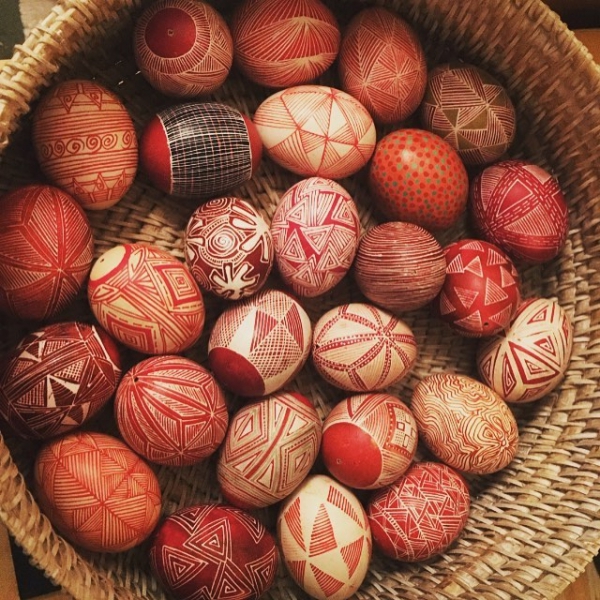 Eggs are the traditional Easter food that symbolizes symbolize new life around spring derived from the Christian belief that Jesus Christ rose from the dead on Easter Sunday. Traditionally, Easter eggs were dyed or painted chicken eggs which you could buy or hand paint yourself. Many Christian countries can boast of their own special way of decorating eggs for Easter as well as other associated traditions in how they are eaten, used or displayed. 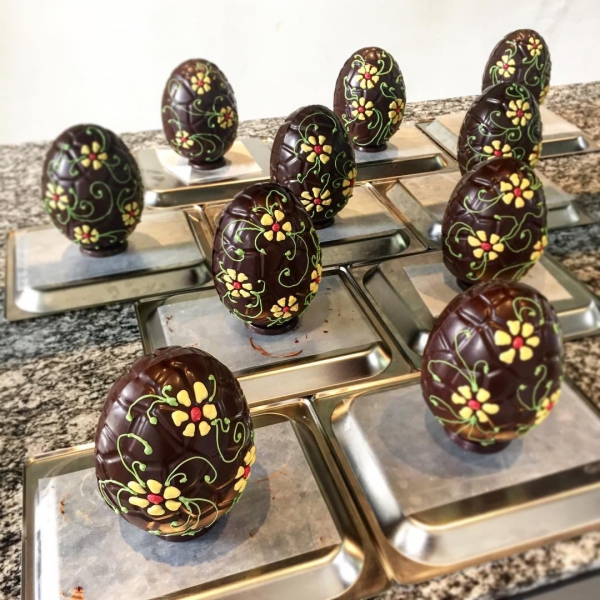 A kid's favorite, but many an adult's too and very much the modern incarnation of Easter Food. Taking over from the traditional boiled egg, chocolate Easter eggs are a delicious sweet treat. From the simplest chocolate shell to giant masterpieces handcrafted by artisan chocolatiers, everyone looks forward to a chocolate egg. Of course for kids, the great God of Retail has taken over the message and eggs come in every variety imaginable from their favorite candies to their favorite film, TV and cartoon characters. And if that isn't enough, there are chocolate bunnies too. 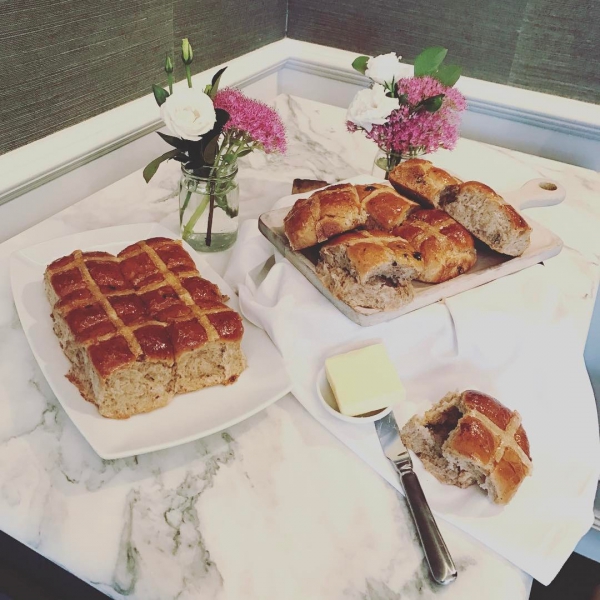 These slightly spiced and sweet bread rolls, peppered with currants or dried fruit, are an Easter food favorite. Their iconic cross design mark the coming of Easter by symbolizing the cross Jesus died on. The cross can be made in a variety of ways, including using pastry, icing or rice paper. They are traditionally eaten hot or lightly toasted.In Cape Town South Africa,it is traditional to eat hot cross buns with pickled fish for breakfast. 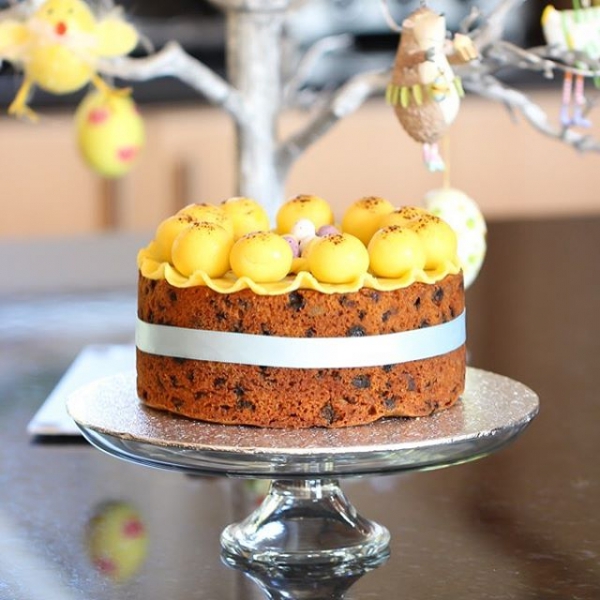 This is comparable with a traditional Christmas cake, and comes from the United Kingdom and Ireland. It is a light fruit cake decorated with a layer of marzipan, with another layer of marzipan or almond paste in the middle. It is usually eaten toasted. 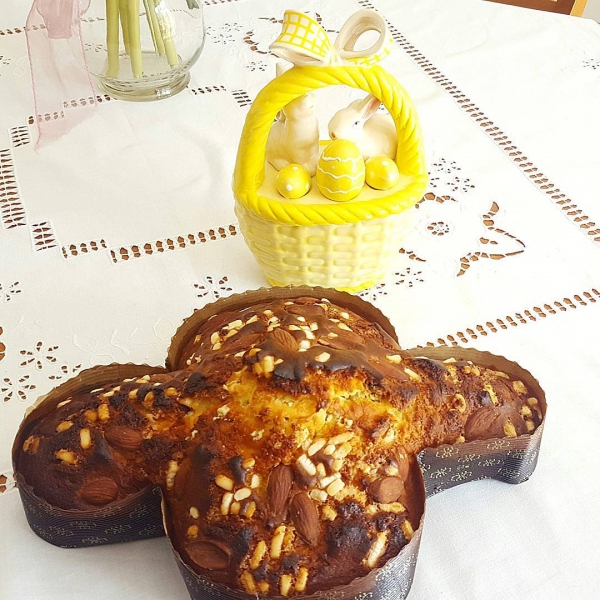 This is an Italian sweet bread made in a similar method to panettone, which is another Italian cake eaten over Christmas time. However, Colomba does not contain candied peel or raisins like its Christmas counterpart, but is topped with almonds and pearl sugar. It is a particularly pleasing Easter food due to it traditionally being in the shape of a dove. 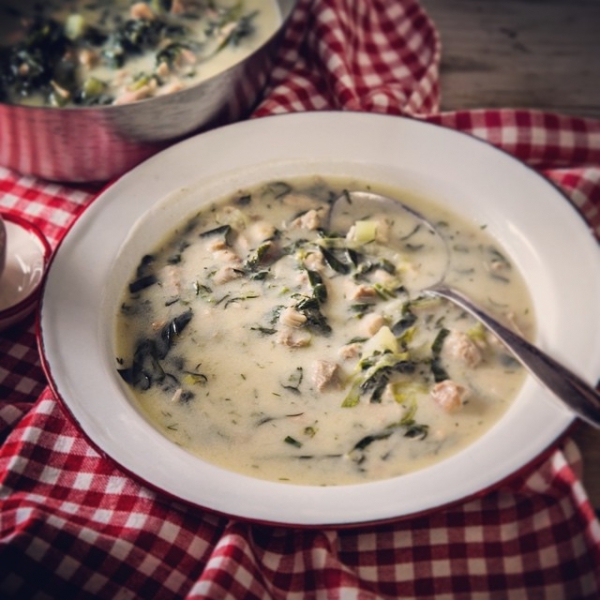 This soup is Greece’s signature Easter food. It is made from lamb offal and was traditionally used to break fasting in the Greek Orthodox Great Lent. It is associated with roasted lamb and traditionally served during a Paschal meal as a warm and filling soup ideal for breaking fast. The main ingredients of this soup were originally the lamb’s head and neck, but nowadays it is more common to make the stock including the lamb’s intestines, liver and heart. 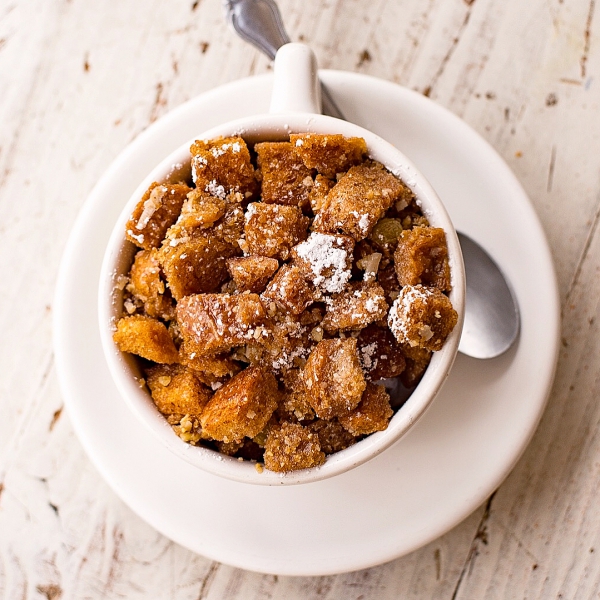 This is a sweet and spiced bread pudding popular in Mexico during the Easter period. It is made with cinnamon, cloves, cheese and raisins. Some of these represent a reminder of Jesus Christ such as the cinnamon for the cross, the cloves its nails, and the bread being symbolic of the body of Christ. Families pass on their recipes through the generations. 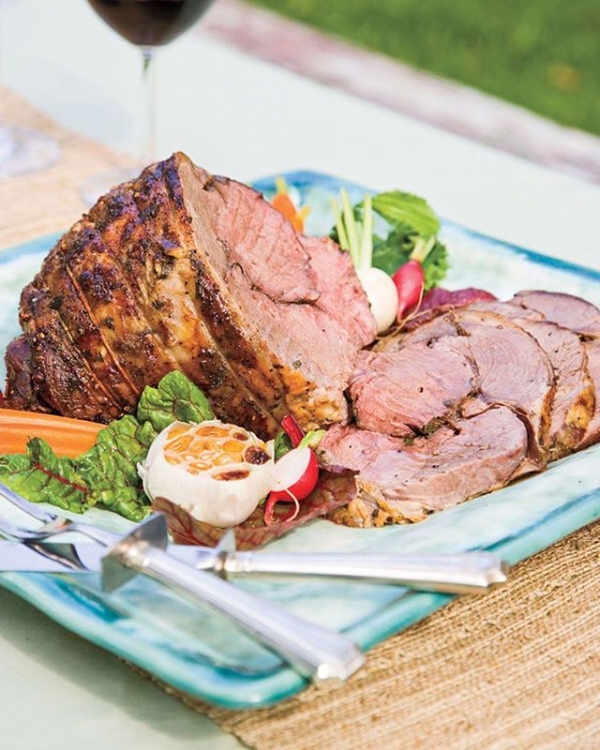 Lamb is undeniably a traditional Easter food. Lamb is an iconic Easter food because it serves as a reminder to Christians and Jews that during the Ten Plagues of Egypt, the slaves under Egyptian saved themselves by painting their doorways with the sacrificial blood of a lamb. Thus, lamb represents God’s chosen people and the protection he served them. 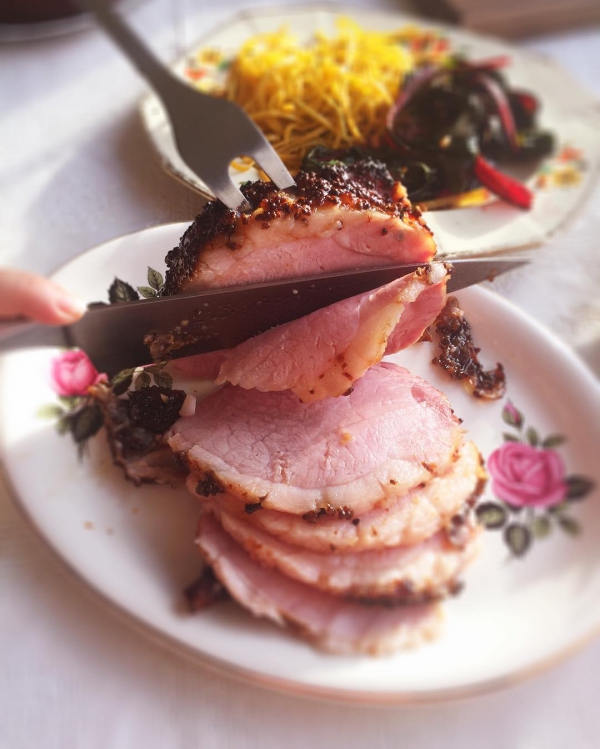 In the US, ham is more likely to be served than lamb. In the early days meat was slaughtered in the fall. There was no refrigeration, and the fresh pork that wasn't consumed during the winter months before Lent was cured for spring. The curing process took a long time and the first hams would be ready by the time Easter rolled around. Thus ham was a natural choice for the celebratory Easter dinner. It is most commonly roasted, a form of cooking that precedes the first Easter. 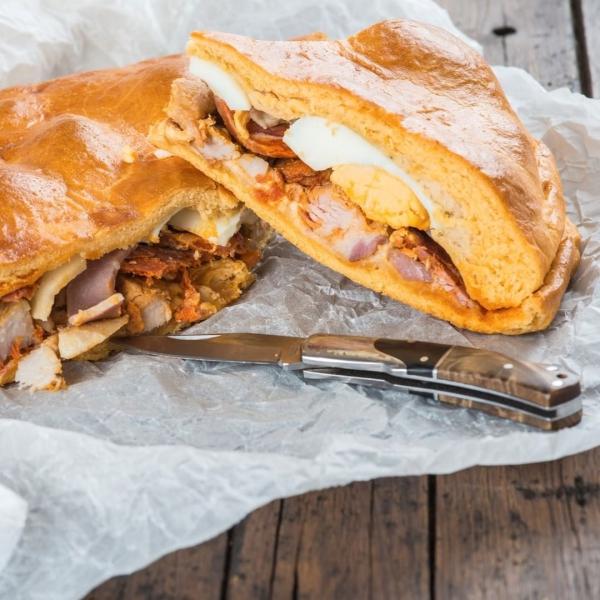 Hornazo is Spanish Easter bread that is filled with meat, usually pork loin and chorizo, and hard-boiled eggs. Eggs appear again in this traditional Easter dish, as eggs were a popular food source and thus often given up for Lent. It comes from the Salamanca and Avila provinces of Spain. Here, pies were eaten during the Lunes de Aguas festival (the «Monday of the Waters»). Interestingly, during the festival the prostitutes of the town would go across the river to the other side in order to leave the town empty of temptations for the men so they can focus on their religious practices! Nonetheless, the actual recipe for Hornazo was created when the prostitutes returned and the young men celebrated their arrival with a meat pie. 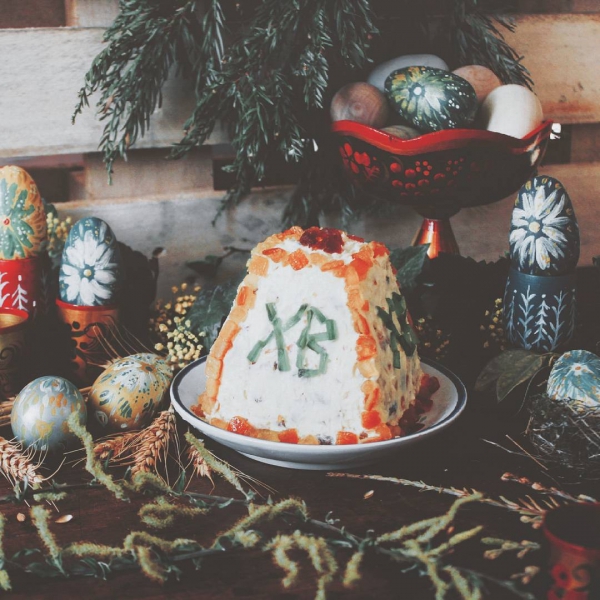 Although made in other Eastern Bloc countries, Paschka is mostly associated with Russia. There are many versions of what is essentially a form of cheesecake, many passed down through families from generation to generation. It is generally pyramid shape and often decorated with religious symbols such as the letters XB, for Christos Vokres, Christ is Risen.

That was traditional Easter foods, The most prominent recurring theme throughout Easter foods is of course, new life. Most Easter dishes revolve around symbols that represent Christ’s revival and death. Each Christian nation has their own way of celebrating Easter and has traditions that have stayed with their culture. Try something new for Easter this year, by returning to tradition! Do you have any favorite Easter food? (Other than chocolate!)