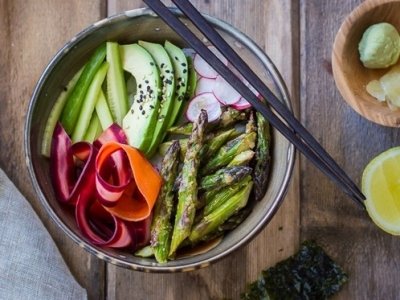 Even if you’re not a vegan, are you interested in how vegans eat and what cool vegan foods are out there? There are probably a handful of vegan foods you would have refused to eat five years ago, but are totally mainstream today! You don’t need to be a vegan to reap the health (and taste) benefits of certain foods. Vegans have been experimenting with various vegetables, fruits, nuts, legumes, and grains for quite some time, allowing them to recreate some of your favorite comfort foods. Here’s the skinny on some of the top vegan foods you should incorporate into your diet—even if you’re not a vegan!

Just because you’re vegan doesn’t mean you don’t miss dairy. One of the best tricks in the vegan world is soaking cashews, and then blending them with a little water until you get the consistency you like. This is one of the best vegan foods for substituting dairy. Depending on what nuts you use and how thick you make it, you can make vegan cottage cheese, sour cream, or even shredded cheese.

Surely you’ve seen almond milk at your local grocery store, but have you read the nutrition label and the ingredients list? Almond milk has been scrutinized lately, causing many to make their own. Before almond milk was readily available, however, vegans have been making it for years by soaking almonds, blending them with water, and straining this liquid with a cheese cloth. If you have the time and resources, making your own homemade almond milk is a great vegan food to incorporate into your diet.

Do you love the taste of a creamy salad dressing, but don’t want all the unhealthy saturated fat? Or have an allergy to dairy products? Enter hemp seeds—your new best friend! When blended up with a little water and lemon juice, hemp seed salad dressing is a great alternative to your creamy, dairy-filled counterpart. Hemp seeds are loaded with heart healthy omega-3 fatty acids, which are good for everyone!

If a vegan tells you they don’t ever miss meat or dairy, chances are they’re lying. Almost everyone loves a giant bowl of ice cream. But what’s a vegan to do? The secret is frozen bananas. When blended in a high speed blender, they make the thickest, creamiest ice cream a vegan could dream about. If you’re looking for a natural and fruit-based alternative to fattening ice cream, banana ice cream is a great switch!

It would be an understatement to say I like tacos. Super portable and easy to prepare, tacos are one of my go-to foods when I need to fuel up quickly. Don’t think that vegan tacos are just a fancy way of saying ‘boring lettuce wrap'! Many vegans use finely chopped walnuts as a substitute for ground beef when making tacos. Simply season them as you would normal ground beef and enjoy with your favorite tortillas and veggies!

Green smoothies are definitely are a popular trend in the health world right now. But did you know that vegans have been whipping up these green concoctions since long before Pinterest was around? Green smoothies are a great way to sneak in more vegetables and leafy greens like kale, spinach, Swiss chard, and dandelion greens. Even if you’re not a vegan, you’ll surely reap the nutritional rewards by starting your day with a green smoothie instead of your standard bacon and eggs.

Do you love sweetening your tea with honey? Or drizzling it on top of a piping hot bowl of oatmeal in the mornings? Because honey is technically an animal product (it comes from bees), many vegans use agave nectar as a natural sweetener instead. Even if you’re not vegan, there are still benefits to consuming agave nectar. Research indicates it doesn’t cause a huge spike in blood sugar like traditional sweeteners.

Even if you aren’t a vegan, it doesn’t mean that you can’t experiment with vegan cuisines. There are plenty of healthy and creative vegan foods out there for everyone to enjoy! What are some of your favorite vegan dishes?