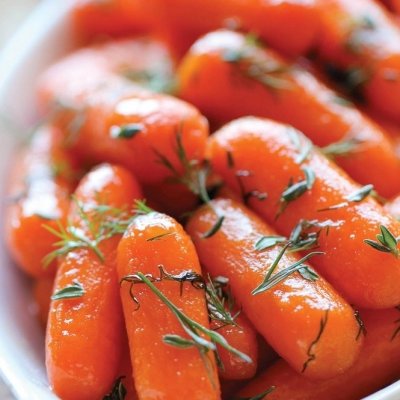 Rationing in the UK began at the beginning of World War II, on 8 January 1940. But did you know that it actually continued for several years after the war ended? In spite of - or because of - rationing, it's considered that people were healthier than ever before (and after). So could we benefit from eating a wartime diet? Here are some ways that eating wartime-style could be good for you …

One of the ways we could benefit from adopting a wartime diet is to cook using only basic ingredients. Make your meals from scratch, instead of buying prepared foods.

Cut out processed foods, which offer poor nutrition and are often high in fat, sugar and calories. Instead of eating lots of meat, and processed meat products, buy small portions of good-quality meat and use pulses to bulk meals out.

Wartime diets were nutritious, if not terribly exciting by modern standards. However they were also lower in calories, being designed to meet basic nutritional and energy needs. Cut down your calorie intake; we consume far more than we need, much of it being treats and unnecessary snacks.

It's hard to imagine a time when you couldn't just buy whatever you needed, and as much food as you like. Wartime people had to eat smaller portions, and were also more active (they had to walk or cycle a lot, and didn't have labour-saving devices like washing machines). Many people could benefit from reducing the size of their portions, especially when eating out, and still take in more than enough calories.

4. Cut down on Sugar

In wartime, sugar consumption was much lower than today, which was good for both teeth and waistlines. Try to cut down on sugar in your coffee, and when you're baking you can reduce the amount of sugar without spoiling the taste. Also limit sweets, cakes and desserts; enjoy them as a treat rather than a daily essential.

During wartime, anyone who had a garden would turn it into a vegetable patch. Even Buckingham Palace converted flower borders into a vegetable garden! If you have outdoor space, use part of it to grow your own veggies; they'll be cheap, organic, and healthier than any you can buy, plus there's nothing like using veggies fresh from your own garden.

With rationing severely limiting access to foodstuffs, wartime folks didn't waste anything. Everything was used up, and any scraps were fed to pigs. Avoid wastage by planning meals and using up leftovers. You can even use peelings and ends of veggies to make stock. Anything that you can't use should be recycled or used to make compost.

Takeout hadn't been invented by the time war broke out, so there was no alternative to cooking for yourself - unless you could afford to eat in a restaurant. Takeout is expensive and generally pretty unhealthy, so ditch the takeout menus and don't buy ready meals. Fill the freezer with extra portions, so that you've got something to cook if you want a quick meal.

Although few of us would want to return to a wartime way of eating, there are some useful lessons to be learned. We have access to many more interesting ingredients now, so use them to help you cook the wartime way. What would you have found it most difficult to live without during rationing?