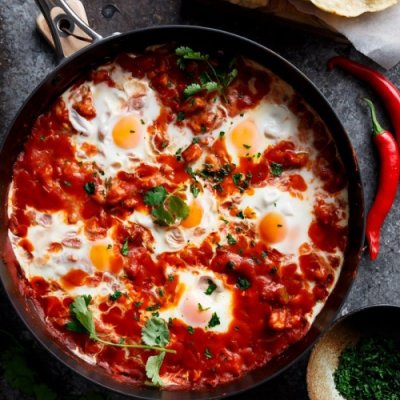 Food companies are always changing things up to cater to the needs and desires of their consumers. Most of the time you will probably like those changes (Thin Oreos? Genius), but sometimes those changes make you wonder. In 2016, food companies are paying attention to what their customers want by doing several things. Check out what’s going to be happening this year, courtesy of the experts at Eating Well magazine. I’m pretty sure you are going to like all of these changes.

Macaroni and cheese is the ultimate comfort food, but it’s no secret that the neon orange color was packed with ingredients that are definitely not good for you. Customers like you who don’t want to fill their bodies with junk like that (but still want creamy mac & cheese from time to time), will be happy to know that Kraft is making a switch and turning their cheese orange with paprika, annatto and turmeric instead of using artificial colors.

2. Cage-Free Eggs Are Coming to a McMuffin near You

In 2016, McDonald’s will begin making the switch to cage-free eggs, which means the chickens who produce the eggs are not kept in a crowded cage. This is something that animal rights activists feel strongly about and by making the switch, McDonald’s is telling their customer base that they care about what they want. Will you eat there now?

3. No More GMOs for Several Companies

Chipotle has long been one of the better options when it comes to eating at a fast food restaurant. To make them an even better choice, the company has recently announced that they’ll be using only non-GMO tortillas and cooking oils from now on. They aren’t the only ones though. General Mills is pledging to remove all GMOs from Cheerios this year too. Other companies are sure to follow suit soon.

4. There Will Be Less Sugar in Yoplait Yogurt

Fruity flavored yogurt gets a bad rap for being too full of sugar. It’s true that many cups of a seemingly healthy yogurt can do you in when controlling sugar intake. Too much of the sweet stuff can lead to insulin resistance and obesity so it pays to watch how much you eat. Yoplait promises to make that easier in 2016 by slashing the sugar content of their yogurt by at least 25 percent.

5. No More Antibiotics in Tyson Chicken

Chicken often gets blasted by the media because the farmers who raise the chickens often use antibiotics to ensure that the animals don’t get sick. That can affect your health by contributing to antibiotic resistance and hormonal changes. Tyson promises to quit using medical antibiotics in its chickens beginning in 2016. Perdue, Subway and McDonald’s are other companies that are saying “no” to chickens treated with antibiotics.

Fast food is notorious for being really unhealthy (even if it is fast and sometimes tasty). The reason why fast food is so cheap is because they often use bottom of the line ingredients to prepare their menu items. Panera, Taco Bell and Subway are saying no more. Both companies have vowed to remove artificial ingredients from their menu.

Artificial colors have been linked to behavior problems in kids, hormonal disruptions and other health issues. People all over the world are trying to avoid them anytime they can. Nestle is helping by removing artificial colors in over 250 of their most popular products.

Are you excited about all of these food changes coming your way?