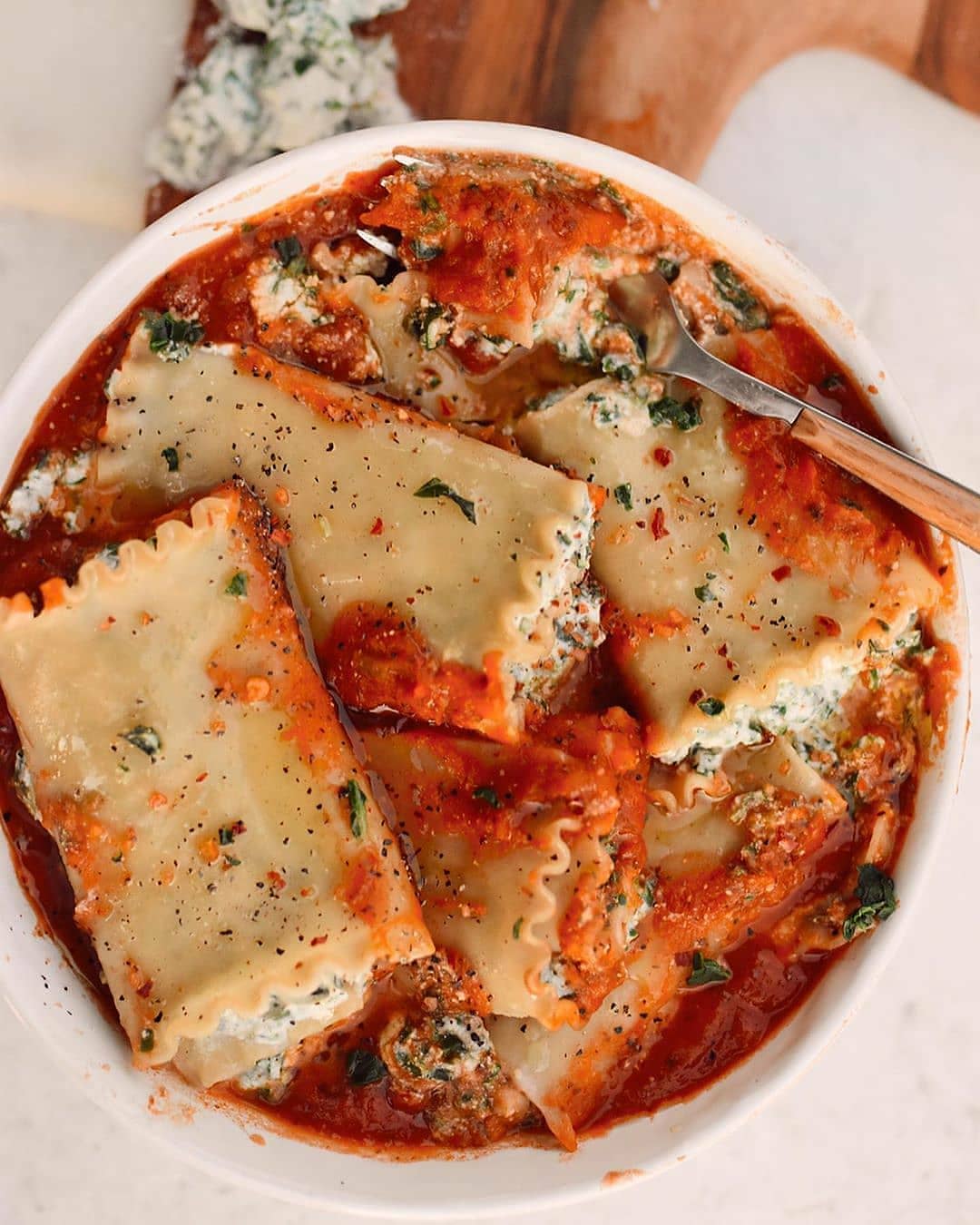 This recipe for chunky roasted vegetable lasagne is an indulgent version and ideal for fall and winter.

The creamy layer of this vegetable packed lasagne is made of a soufflé-like mixture of Quark lightened with beaten egg whites. The dish is cooked long enough so the whole thing puffs up and the Quark remains creamy. If you prefer it so it sets just cook it for longer. It’s a versatile recipe and you can use whatever combination of vegetables you like. Roasting the vegetables rather than frying them like in traditional recipes cuts out the fat content. Don’t be put off by the long recipe; it’s simple to make and the taste is worth the small amount of effort. Omit the parmesan to reduce the fat content further.

Cut the aubergine and courgettes into chunks of equal size.

Deseed the peppers and cut into the same size as the aubergine and courgettes.

Peel the carrot and cut to same size.

Peel and cut the onion into halves, then quarters and then cut again.

Toss all these vegetables together with the olive oil and a couple of thyme sprigs and then spread out evenly on the roasting tray.

Meanwhile, break the broccoli florets into bite-size chunks similar in size to the other vegetables and blanch for five minutes in boiling, slightly salted water. Drain and leave until the roasted vegetables are ready.

Tip the passata and water into a large mixing bowl and mix in some chopped fresh basil.

Remove the roasted vegetables from the oven and season with salt and pepper.

Separate the onion layers gently and then tip all the roasted vegetables and the broccoli into the bowl. Mix well with the passata.

In the processor combine the Quark and mozzarella and season with salt and pepper then transfer to a mixing bowl.

In a separate mixing bowl whisk/beat the egg whites until they form stiff peaks.

Stir ¼ of the egg whites into the Quark mixture and then fold in the remainder.

Cover the dish with foil and bake in the oven at 200°C for 15 minutes then rove the foil and bake for a further 15-20 until puffy and bubbling.