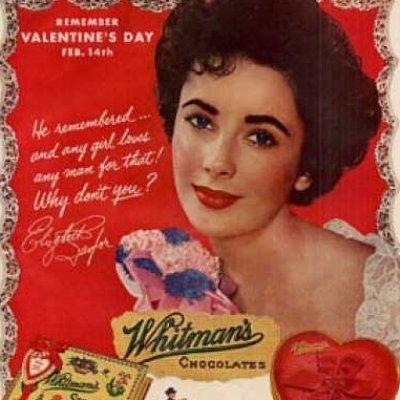 If you've ever seen vintage candy ads before, then you've seen how absolutely charming they are. Compared to the ads that you see today, they're clearly so much more simple in design with just some drawings or photos and the ad copy is fun and lighthearted. Take a look at these vintage candy ads for yourself, they're sure to make you long for simpler times!

Via Orange Drops
Let's get this list of vintage candy ads started with orange-flavored Life Savers. I love the colors used in this ad and the image of the Life Saver being squeezed is really unique.

Via back to ghoul
Quite possibly the cutest Halloween candy ads ever!

Via BOOGIE CHILDREN — hollyhocksandtulips: Necco ...
I've never tried this candy before and I'm not sure I've seen them in stores lately. But, this ad would surely prompt me to try them!

Via The Latest Taste Sensation
Crystal cool peppermints-looks so cool!

Via Vintage Candy Advertisements of the ...
Isn't this an elegant ad for candy coated gum?

Via 1954 Maltesers ad
I've never heard of Maltesers before, but they remind me a lot of Whoppers!

Via Reese's Ad, c. 1950s
The packaging on Reese's Peanut Butter Cups haven't changed much at all!

Via Satisfy Your Sweet Tooth With ...
Have you met Mr. Goodbar?

Via 1940s CURTISS CANDY Vintage Illustration ...
What a delicious collection of candies! I wish I could try them all.

Via Good And Plenty Ad, c. ...
I love the colors of Good and Plenty candy.

Via Holloway's Milk Duds Box
How cute is this vintage box of Milk Duds?!

Via From pastilles to present: How ...
Looks like Kit Kats used to come in four pieces.

16. The Benefits of Candy

Via The Sugar High
Did you know that kids NEED the energy from candy?

Via ETIQUETAS, ANUNCIOS, CATALOGOS ANTIGUOS
Recapturing the flavor of grapes.

Via Hershey's Ad, c. 1950s
Can you believe these candy bars only cost a nickel and a dime?!

Via Favor 'Em With Candy Bars ...
I wish Forever Yours and Cocoanut bars were still around.

Via 1954 Navy Sweets ad
These look a lot like Life Savers. Does anyone know if Life Savers were onced called Navy Candies or vice versa?

Via Wrigleys
These tiny packs of gum are so cute and who knew they were once marketed to soothe nerves?

Via squidoo.com
Another sign extolling the benefits of candy for kids.

Via U-All-No
Five delicious flavors to nibble on.

Via Candy Ad - So Colorful!
Colorful and tempting!

Via flickr.com
Baby Ruth came in so many different flavors and forms.

Via 1959 Cadbury's Milk Tray ad
So classy and chic!

Via flickr.com
A holiday favorite.

Via flickr.com
What a value!

Via 1955 Spangles ad
Spangles are just as important as train tickets.

Via Yahoo - login
How fun do these Halloween candies look? I wish they still came in the same packaging.

Via flickr.com
Perfect for Halloween!

Via Unavailable Listing on Etsy
Festive and colorful candies!

Via Old Ads
Great for that hole in your head? What?

Via 1955 ... fatty makers!
Another candy company that didn't stray far from their original design.