7 Facts about the Banana Industry That May Surprise You ... 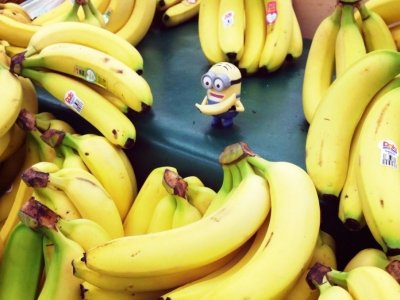 I don’t often think about where my breakfast banana comes from; however, as a banana consumer, it is important to be informed regarding the facts about the banana industry. The banana industry plays a huge role in the economic health of banana exporting countries, especially since bananas are the most popular fruit in the world. In fact, the average person will eat 100 bananas in a year! Most of the bananas that make up this large number are the Cavendish variety, but there are almost 1,000 varieties of bananas. More than 150 countries grow bananas. Yet, one of the facts about the banana industry is that only a handful of these countries play a major role in the exportation of bananas.

Bananas grow in the tropics, which means the largest banana plantations are located in West Africa, China, the Caribbean, and Latin America. Latin America is actually where the majority of bananas are exported from. You can be fairly certain that if you live in the United States, Canada, Europe, Russia, or the Asia-Pacific region, your bananas came from Latin America. Even more specifically, there is a good chance they came from Ecuador, which is the world’s largest banana exporter. The Latin American banana exports are largely controlled by a few multinational companies such as Dole, Chiquita, and Del Monte, which is one of the facts about the banana industry you may already be aware of. However, you might not know that banana production occurs on monoculture plantations that require a lot of chemicals and labor conditions tend to be poor.

Bananas require moist soil and warm weather to thrive, which is why Latin America is so important to the banana industry. While they may require a very specific environment, they do not have a growing season. Instead, bananas grow all year, and they are a very labor intensive crop to take care of. Preparing an area for planting often involves clearing jungle growth and irrigation. Once they are planted and growing, bananas must be carefully cared for. The plants have to be propped up to be able to bear the weight of the fruit, bananas have to be covered with polyethylene bags for protection, and care must be taken to ward off pests, fungus, and diseases.

Growing bananas on large scale plantations that only grow one variety of bananas takes a toll on the environment. One impact that large scale plantations have on the environment is deforestation, which also leads to soil erosion and increases the chances of flooding occurring. Another problem is that monoculture plantations lack genetic variety, which means the bananas are more susceptible to pests, fungi, and diseases. As a result, a large quantity of pesticides, fungicides, and other chemicals are sprayed by companies. Unfortunately, such a large quantity of these chemicals has to be used that, in many cases, more money is spent on chemicals than labor! All of these chemicals have a huge impact on the environment, especially through the pollution of water.

There is a lot of pressure to keep banana prices low, and workers often feel this pressure in the form of very low wages. These wages are often so low that they are not enough for the workers to properly feed their families. Consider this, workers earn just four percent of the price of a banana! Compounding problems, workers are often sub-contracted, which makes it harder for them to organize into labor unions and fight for fare wages. Aside from low wages, another issue faced by banana plantation workers is the health impact that results from being exposed to toxic agrochemicals. As a result of chemical exposure workers face respiratory problems, cancer, miscarriages, and birth defects. There is even a lawsuit that is still going on, which was filed by workers who were left sterile in the 1970s from the use of nematicide. Clearly, there are many labor issues in the banana industry.

Earlier I mentioned that multinational companies have a huge role in the banana industry, with Dole, Chiquita, and Del Monte controlling 63 percent of the world’s banana trade. These companies are vertically integrated, meaning they own the contract plantations, sea transport and ripening facilities, and have their own distribution networks. This results in them being able to sell bananas at a very low price. In fact, the three companies are actually in a “race to the bottom.” They are in competition for producing the largest amount of cheap bananas, which naturally results in large volumes of chemicals being used.

Believe it or not, bananas are one of the biggest sellers at supermarkets. As a result, supermarkets have a lot of power in the supply chain of bananas. Supermarket price wars push banana prices lower, which subsequently encourages low labor wages and inadequate health and safety standards. As low as banana prices are in the store, retailers pay even lower prices. The low prices they pay help increase their profits.

As the most popular fruit in the world, bananas are also the most traded fruit in the world. Demonstrating just how important bananas are to the economy, the global exports from bananas amassed to seven billion dollars in 2008. Additionally, in countries where bananas are a major export product like Ecuador, they can make up ten percent or more of the total exports. Even more telling for the importance of banana trade is the fact that up to 60 cents in every dollar in Dominica is generated by banana production! Obviously, bananas are more than just a topping for cereal, they are an economic staple.

I know very few people who don’t like bananas. Most of my family and friends have bananas in their house, myself included. As banana consumers, we are all contributing to the banana industry and should be informed about the intricacies of the industry. You may be wondering if there is anything you can do about the unfair labor treatment. In fact, purchasing Fair Trade bananas will ensure workers received fair wages. These can be hard to find and can be more expensive; however, it is good to keep in mind. Were you aware of all of these details about the banana industry?