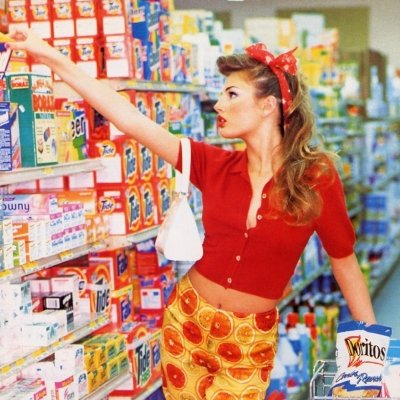 One of the important facts about genetically modified food to understand is that it can be more allergenic. Researchers have found that GM pea plants cause allergic reactions in mice. This isn’t comforting news, considering allergies are on the rise. Yet, it is important to know so you can make informed choices as a consumer. While GM food isn’t labeled, you can safely assume that corn and soy products are GM unless otherwise noted, and you can avoid these foods if you want to.

While people tend to think of plants when they think of GMOs, animals are also genetically modified. Bovine growth hormone that is given to cows to increase their milk yield is actually the product of genetic modification. While bovine growth hormone is one instance of animals being affected by genetic modification, there are others. One example is AquaAdvantage salmon that has been genetically modified to grow bigger. This salmon hasn’t hit the markets yet, but it could if it gets FDA approval.

Genetic modification is often presented as being a precise science. In reality, scientists don’t fully understand what happens when they genetically modify an organism. What they do know is that the genes surrounding an inserted gene can be altered. As a result, properties in the plant or animal can change in ways that are unforeseen and could cause health or environmental problems.

Pharmaceutical companies are experimenting with genetic modification to insert genes into plants like corn that code for pharmaceutical drugs. There are advantages to doing this, because it is less expensive and safer than some traditional methods of manufacturing drugs. However, contamination from pollen spreading to food crops is a concern.

Genetically modified food has been presented as having the ability to end world hunger. The truth is genetic modification can’t end world hunger, but, according to the International Assessment of Agricultural Science and Technology, teaching sustainable farming methods would help immensely.

Currently, GM food is not labeled in the U.S., despite the fact that many people would like to see it labeled. One of the main reasons GM food is not labeled is because it is considered to be “substantially equivalent” to non GM food since it tastes and looks the same. Very few people consider GM food to be the same as non GM food, yet the term “substantially equivalent” has resulted in a lack of labeling.

Considering the large percentage of GM corn and soy, it would seem as if it is cheaper to produce GM food. However, it is actually costlier. Farmers are not allowed to use leftover seeds the next year. Instead, they have to purchase new seeds each year. Additionally, certain seeds, like cotton seeds, can be 500 times as expensive!

Genetically modified food is everywhere, and as consumers it is important to be informed about genetic modification and the facts that surround it. There is a lot to understand, and much of it is shocking. Which of these facts did you find the most shocking?

Source: Krimsky, Sheldon and Gruber, Jeremy, eds. The GMO Deception: What You Need to Know about the Food, Corporations, and Government Agencies Putting our Families and Environment at Risk. New York: Sky Horse Publishers, 2014. Print