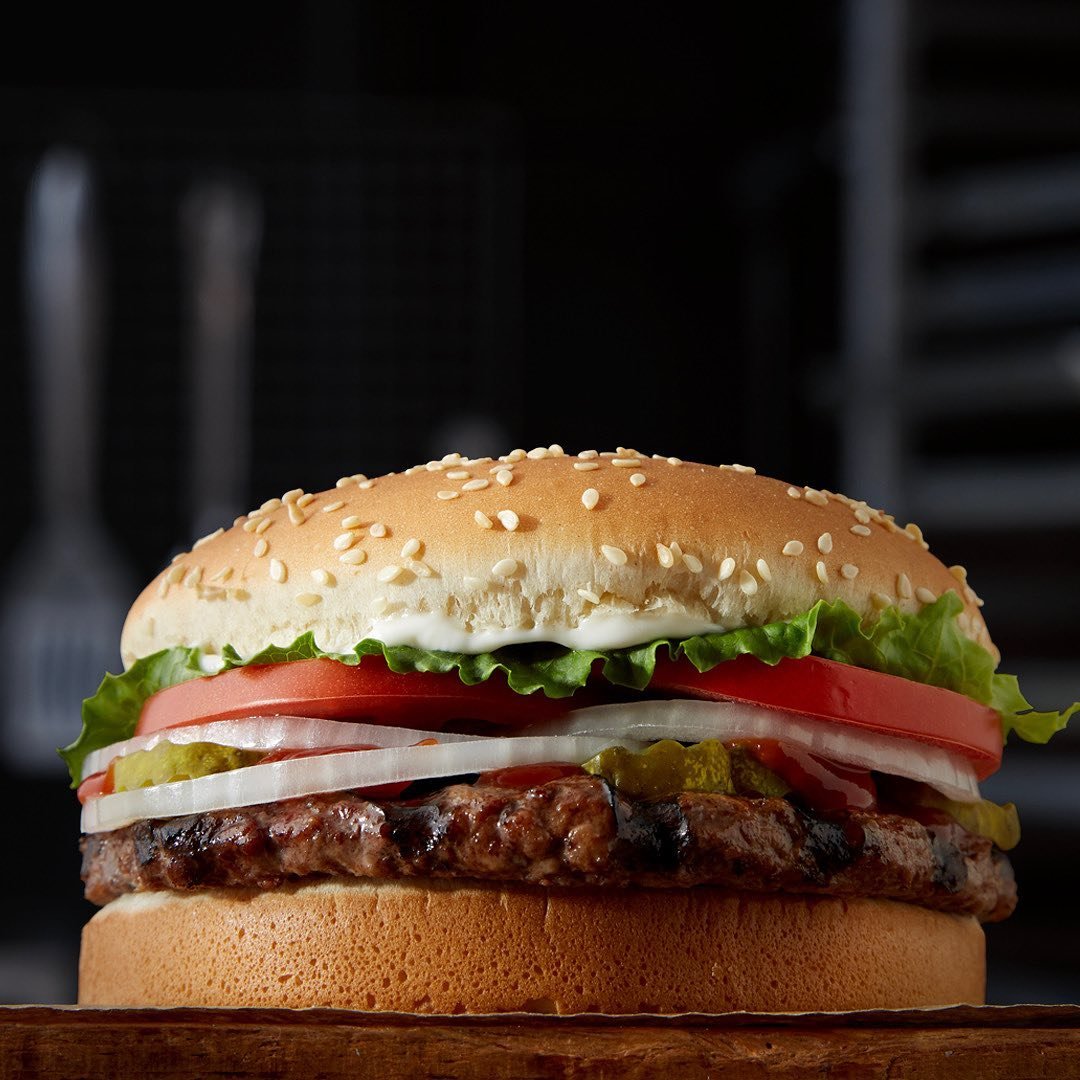 For a while there, people thought the Black Whopper was a joke – surely no fast food joint would offer a black burger to the hungry masses, right? Yeah, no, they did. Once the legitimacy of the Black Whopper was revealed, Whopper fans got kind of excited. It looked spooky, the premise was kind of cool, and the ingredients list included plenty of A-1 Steak Sauce. What could go wrong? Green poo. Green poo could go wrong. As Burger King's fellow fast food purveyors learned, however, plenty of other things can go wrong in the world of quick eats.

I know it features in the title, but I just have to include this. I have to because I wonder if Burger King didn't have a green poo problem when they were testing this item. Not that it's a huge deal, it's just … I imagine it's disconcerting to find that after you've digested.

This was Taco Bell's attempt to create a sandwich. It wasn't a burger, of course. It was originally designed to be a sort of taco on a hamburger bun, although it resembled a Sloppy Joe. It hasn't been around since the '80s but there are still people clamoring for its return. Never gonna happen.

It might be surprising that simple spaghetti could qualify as a particularly WTF fast food item, but here's the thing – McDonald's should never make spaghetti.

This was Burger King's answer to breakfast for a time. Unfortunately, it was also the answer to a question no one ever asked. It was too big for breakfast, too fattening, too heavy, and too covered in cheese.

So technically speaking, there wasn't anything terribly offensive about this – except for the fact that Subway made some tuna salad. That being said, once upon a time, there was apparently a label on Subway's tuna. It informed everyone that there were no turtles or dolphins in the tuna. Uh...

Really, what could be wrong with using two pieces of deep fried chicken as a bun? Maybe the inevitable heart attacks, I don't know. Then again, as much as I love the Colonel's coleslaw, I could never eat a sandwich made out of fried chicken.

In theory, this probably seemed like a good idea. The almost-portmanteau of the name suggests a combination of a pizza and a calzone. Cool, right? Yeah, no. the end result was a towering burger, on a bun, dressed with pizza sauce, pepperoni, tomatoes, banana peppers, and cheese sticks (I think). Ugh.

McDonald's has a history of coming up with regional and seasonal recipes. That's why you can still get McDonald's lobster rolls in New England (don't ever do it). That is not what this is. It might seem like a ploy to get people from Hawaii to eat more fast food, but Ray Kroc came up with the pineapple burger as a way to entice Catholics to eat fast food on Fridays, suggesting that he perhaps did not actually no any Catholics.

Jollibee is a fast food chain from the Philippines. It's had some luck in the States, mainly in California. Though the joint offers plenty of options, the Tuna Pie is … well, it's something. I can't speak on its taste, I can only speak on its appearance, which looks a lot like a fruit pie. Trying to imagine a hot tuna filling coming out of a pie shell just skeeves me out.

This is a real thing. This actually happened. Do you know what this pizza has on it? Mayonnaise. And shrimp. And corn. And crab. And a demi-glace. And a crust that is firmly stuffed with shrimp that has been filled with mayo. I promise I am not trying to trash talk any country or culture's individual tastes, but … come on.

Denny's is more of a diner than a fast food restaurant, but whatever, you get that Rutti Tutti Fresh 'n Fruity plate pretty fast. The chain is known for its sometimes dubious collaborations. The Hooburrito was the spawn of Denny's “Rock 'n Roll Favorites,” a menu of late-night foods inspired by a variety of, ahem, popular bands. We have Hoobastank to thank for the Hooburrito, which was smothered in three different types of cheese and cheese-like products.

McDonald's came up with this during the Olympic games in 2002. It's a WTF item mostly because of unfortunate timing and really horrible marketing – like the name, for instance. The sandwiches concept was actually pretty good, but it purported to be an “authentic African recipe” and McDonald's intoduced it when South Africa was experiencing a devastating famine.

This made me sad because I love crinkle-cut fries. Unfortunately, in an effort to introduce healthier menu items, Burger King kind of forgot about taste. As a result, their Satisfries tasted more like crinkle-cut cardboard and salt.

Why so WTF? Well, you had to put the burger together yourself. It came in a Styrofoam container with the patty on one side and all the fixings on the other, so you could build your own burger. However, that's messy and inconvenient – even in 1984, McDonald's customers weren't feeling the idea of putting together their own burgers. Plus, oh yeah, all that Styrofoam was an environmental nightmare.

What the hell's the matter with Pizza Hut? This '80s wonder was marketed as Pizza Hut's take on Chicago-style deep dish. Unfortunately, it was awful. It had two crusts, layers upon layers of cheese, and a variety of pork-based toppings. It took forever to make and doesn't look like anything you'd ever want to put in your mouth.

Seriously, wtf, Pizza Hut? Don't even make me describe this. This stuffed-crust trend needs to end. Unless you're stuffing crust with cheese, just stop.

I just take issue with this because there is SO MUCH MEAT. I can't say much because my dad has eaten this (and lived to tell the tale), but seriously, there are three patties on this thing.

Same. I don't know what made Taco Bell decide to take on breakfast and I would like to say they shouldn't have, but sometimes … sometimes food like this is just the best thing you ever tasted.

BECAUSE PULLED PORK IS NOT SUPPOSED TO BE FAST EVER.

What's the grossest thing you've ever seen and/or tasted from a fast food menu? Anyone succumb to the curse of the Black Whopper?