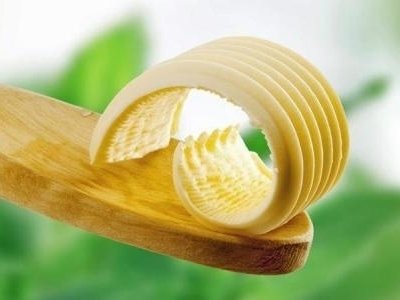 Carbonated beverages were one of the earliest bad food inventions. In 1772 Joseph Priestly invented a machine that produced carbonated beverages. Ironically, soft drinks were originally sold by pharmacists as health drinks. In reality, carbonated beverages are bad for health. Sodas can be a contributing factor in osteoporosis because of the phosphoric acid that is found in them.

Monosodium Glutamate (MSG) was first isolated in 1866 as glutamic acid, and by 1909 it was being used as a flavor enhancer. While it may enhance the flavor of food, MSG is a chemical that has negative health consequences. It overstimulates brain cells, which can result in brain cell death. It also contributes to weight gain because it turns off the brain's ability to regulate appetite. MSG is found in many processed foods and has many different names, including glutamic acid and soy protein isolate.

The invention of margarine dates back to the French Emperor Napoleon III, who thought the French navy and the poor would benefit from a cheap substitute for butter. He offered a prize to anyone who could make an inexpensive alternative. In 1869 the chemist Hippolyte Mège-Mouriès answered the challenge and developed a cheap butter substitute, which now contributes to heart disease because it is made with hydrogenated oil.

In the early 1900s bleaching and oxidizing agents were developed to produce white flour. At first bleaching was staunchly opposed because it uses unhealthy chemicals that can contribute to chronic diseases. Dr. Harvey W. Wiley, the father of the Pure Food and Drug Act, opposed bleaching so strongly that he took his case to the Supreme Court, where the justices determined that flour could not be bleached or adulterated. Unfortunately, their ruling was never enforced, and we still have bleached flour.

Saccharin was discovered accidentally in 1878 when a chemistry professor realized he made a sweet substitute for sugar from a derivative of coal tar. Like bleached flour, Dr. Wiley opposed the use of saccharin. However, it was so popular that he was not able to persuade anyone it was unhealthy. Even President Theodore Roosevelt adored this calorie free sweetener. Unfortunately, saccharin is a carcinogenic substance, which is not very sweet.

Synthetic dye was discovered in 1856, and shortly after it was developed, it became apparent that food dye could cause problems. In fact, in the fall of 1950 many children became sick after eating artificially dyed orange Halloween candy. Many other food dyes, like blue #1, blue #2, citrus red #2, green #3, and red #3, are known carcinogens. They are also known to cause hypersensitivity and may even contribute to ADHD.

Food inventions that have led to highly processed foods have not had positive health benefits. In fact, they have contributed to many health problems. As a result, it is best to stick to whole foods and avoid processed foods altogether. What is your opinion about processed food?