Great Britain is a great cheese making nation – honestly we are – and that means there are an awful lot of facts about British cheese you probably don’t know. I know that everyone has heard of Cheddar and Stilton but there is an incredible array of regional and artisanal cheeses made from cow, sheep and goat milk you probably don’t know. I’m sure you’re not going to be board (ha ha) with these facts about British cheese.

1 We Beat the French!

If you’re British or French you will know the intense rivalry and need to outdo each other. Well when it comes to cheese, guess who has more varieties? Woohoo – the Brits. It is estimated that while France has around 400 recognized varieties of cheese, Britain produces around 700. I’m sure this is one of the facts about British cheese that will surprise many people.

We may consider cheese to be a humble foodstuff but it’s certainly fit for royalty. Queen Victoria is known to have had a passion for cheese and was said to be delighted with a huge wheel of cheddar presented as a wedding gift by the villages of East and West Pennard. I wonder if she was just as amused by the 60ft replica of Cleopatra’s needle produced out of Stilton by Thomas Nuttall in 1878. Queen Vic wasn’t the only royal with a love of cheese. Official treasury manuscripts from 1170 show that King Henry II paid £10 for 5 tons of Cheddar – now that’s a bargain! 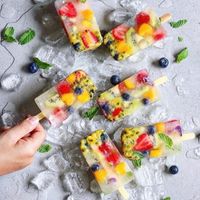 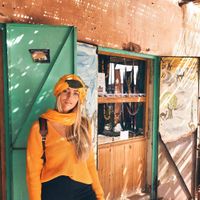 3 The Most Expensive Cheese

Add real gold to anything and the price shoots up. Gold was a major factor in Britain’s most expensive cheese ever. In December 2011, the Long Clawson Dairy produced a limited edition white Stilton that was flavored with gold-flecked liqueur and shot through with genuine gold leaf. It cost £608.70 a kilo – roughly $1022 (about $550 per pound)

How many times have you been told not to eat cheese before bedtime? The reason is because it is believed to give people nightmares. That may be a bit of an old wives tale but the British Cheese Board actually did a study to test out the theory. I love that this study of 200 people went some way to prove one of the disputed facts about British cheese. The results showed that Stilton does produce nightmares. However, cheddar eaters will dream of celebrities, while those who eat Red Leicester are likely to have nostalgic dreams, particularly about visiting old school friends.

Like other products, cheese is subject to EU Protected Designation of Origin status. For example, the term West Country Farmhouse Cheddar can only be legally applied to cheddar produced in certain UK counties. The interesting thing pertains to Stilton. Stilton is a village in Cambridgeshire and is where the original creamy blue-veined cheese was made. These days however, only Stilton made in Nottinghamshire, Derbyshire and Leicestershire can officially be called Stilton.

6 And on the Subject of Names

Shropshire Blue is one of the well known blue cheeses of the UK. You would imagine therefore that it would be made in the county of Shropshire. Sounds logical right? Wrong! Shropshire Blue was created in 1972 in the Castle Stuart Dairy in Inverness, in the very north of Scotland – more than 400 miles from Shropshire. (That’s a long way in the UK!) The name was chosen by marketing experts who wanted the new cheese to sound traditional.

I love all sorts of cheese but I never considered that tasting it correctly involved the intricate science of the taste buds. Cheese experts say if you know how to taste cheese, you’ll get more out of your cheese-eating experience. To enjoy cheddar it should be tasted on the tip of the tongue. To get the most from eating Stilton and other blue cheeses, you should smear the cheese over the roof of your mouth with your tongue. This applies to soft creamy cheeses too.

I love cheese and it was fun learning these facts about British cheese. Did you know there are so many varieties? Which have you tried? Any favorites? 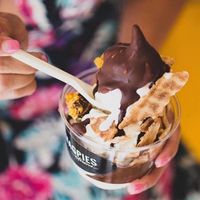 18 of Todays to Die for Cake and Dessert Inspo for Ladies Who Cant Give up Decadence ... 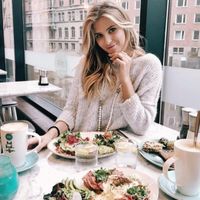 What can i use instead of bread for sandwiches 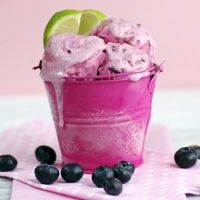 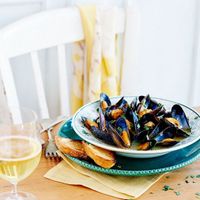 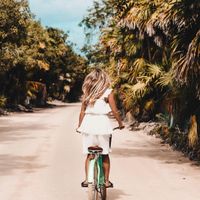 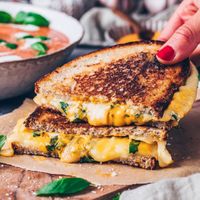 How do nuts have fat ...
How to seduce pisces man ...
Why is integrity important in life ...
Whats distilled vinegar ...
What does it mean a guy puts his arm around you ...
What's the best breakfast ...
How many times to feed a fish ...
We are good friends, his views differ mine on many issues. ...
How to use flaxseed for breast growth ...
Which is the best time to eat banana ...