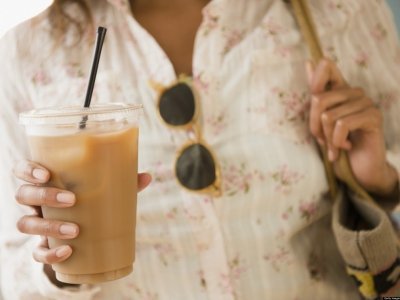 There are so many surprising facts about caffeine, the natural stimulant contained within coffee. I love coffee and drink it for its caffeine content, despite the fact there are other beverages out there that contain caffeine too - Red Bull, Coca-Cola, black tea, and green tea, to name just a few. We tend to think of coffee when we speak of caffeine though, and as a result, I’d like to share with you a couple of facts about caffeine below.

One of the most surprising facts about caffeine is that once consumed, it only takes ten minutes for caffeine to enter your bloodstream and start working. After thirty minutes is typically when caffeine reaches its maximum peak and when it makes you the most alert. Depending on your body and how sensitive you are to caffeine, the effects can be felt for up to five hours after consumption. Your body typically eliminates half the caffeine in three to five hours, but the remainder can linger for eight to fourteen hours, so if you suffer from insomnia, make sure to consume your last caffeine intake of the day six hours before you go to sleep!

Darkly roasted coffees contain less caffeine than lightly roasted coffees, contrary to what you might think. In actuality, the process of roasting coffee beans burns off the caffeine. So if you need an intense buzz, make sure to order a lighter roast of coffee when visiting your favorite coffee shop.

Caffeine is considered a mild stimulant and research out there suggests it’s more habit-forming and does not have the same addictive qualities as street drugs or alcohol. However, because it's more habit-forming, people tend to get mild withdrawal symptoms like headaches if they skip their routine coffee. Quitting caffeine ‘cold turkey’ can cause headaches, anxiety, and irritability that lasts up to nine days, so doctors recommend weaning yourself off the stimulant gradually over a few weeks instead.

4. Found in More than Drinks

Caffeine can be found in lots of products, not just beverages. Chocolate contains caffeine, although it depends on the amount of cacao present (a one-ounce milk chocolate bar contains 5mg versus 30mg caffeine in the same amount of dark chocolate). Medications and common skin care products, including make-up, eye creams, dark spot correctors, shampoos, and body washes, all contain some amounts of caffeine.

According to a recent article by the Center for Science in the Public Interest, brands vary when it comes to the jolt of caffeine they contain. Starbucks coffee provides 20.6mg of caffeine per fluid ounce compared to 9.1mg of caffeine in McDonald’s coffee. Interestingly, that’s more than double the amount!

Caffeine can be found in a wide variety of plants; it’s in the leaves, seeds, and fruits of more than sixty plants. For example, it can be found in tea leaves, kola nuts (which flavors colas), and cocoa beans. Caffeine can also be synthetically produced (man-made anhydrous caffeine), which is typically added to the sodas and energy drinks. Caffeine also exists in tea extracts or guarana, both natural sources of caffeine.

Caffeine offers us some health benefits too. For instance, when combined with pain killers like acetaminophen, they can be up to 40 percent more effective than without caffeine. Caffeine has been shown to treat asthma, as it relaxes smooth muscles in the bronchi, and there have been reports of caffeine preventing liver disease and certain types of cancers (by inhibiting the formation and decreasing the size of malignant and nonmalignant tumors). Both coffee and tea have been shown to reduce the risk of some chronic diseases like Alzheimer’s, Type 2 diabetes, and Parkinson’s. This is in part due to the flavonoids, polyphenols, and biologically active compounds contained within.

Apparently we are drinking a lot less coffee today per person than we did in the 1950s. It sounds wild considering there is a Starbucks (sometimes two) on practically every street corner, but American coffee consumption peaked dramatically shortly after World War II, as did soft drink consumption, such as Coca-Cola, when it was marketed at the time for helping counteract ‘fatigue.’

9. Coffee Accounts for Most Caffeine Intake

I hope that you will still enjoy your next cup of joe, energy drink, or tea knowing these facts about caffeine. What’s your favorite item that contains caffeine?