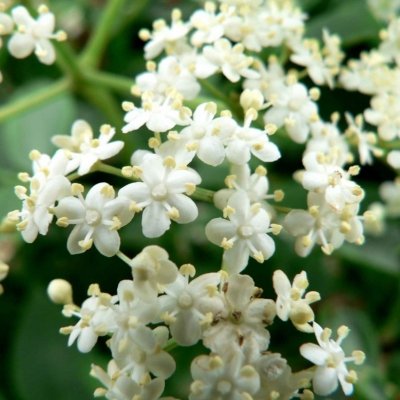 If you go down to the woods today, you may find some delicious treats you can nibble on and add to your dishes when you return home because there are some wonderful foods from the countryside and woodlands that won't cost you a penny. People have been foraging and looking to nature for food and natural remedies for hundreds of years and taking a stroll into the woods or across the countryside is a fun activity for the whole family. Here are some of the foods from the countryside and woodland that you might find.

Goose grass has such a fun name and is one of the many fabulous foods from the countryside which can be eaten and used as a medicine too. Goose Grass can be eaten as a alternative to spinach in soups and is sometimes known as cleavers. It is used as an anti-inflammatory and diuretic in herbal medicine and you can make a simple herbal infusion by pouring boiling water onto the leaves and straining after 10 minutes. This is also reported to be a great tonic for tonsillitis. Isn't nature such a wonderful healer!

I love these. They look like mythical creatures from a magical land and their name is so cute too. They're common throughout Europe and North America and are found in the late summer and autumn. They can actually grow as big as footballs and as long as the flesh is pure white throughout when sliced, it can be fried in a little butter and served as a delicious side dish. The smaller ones can even be toasted like marshmallows.

Sometimes known as dog rose, these bloom in the early summer with the small red rose hips appearing between August and October. The fruits of the wild rose are very high in vitamin C and in World War Two, people looked to the wild rose for its healthful properties as citrus fruits were scarce.

These are native to Europe and easily identified by their beautiful white star shaped flowers. Their stems and leaves can be cooked and served as vegetables. Chickweed is also used in alternative therapies to treat a number of ailments such as rheumatism and eczema.

Also known as mountain ash, these trees grow in woodland and upland areas. Their beautiful orangey-red berries appear in autumn and can be used to make a delicious jelly. They're another life-saving food of the forest and due to their vitamin C content, they were used to treat scurvy in the 19th Century. The fruit can also be used to soothe sore throats.

The creamy coloured flowers can be picked in May and are used to make wine and cordials. In the autumn however, the tiny dark purple berries can be boiled to make jelly or strained and used to make a soothing cough syrup as yes, you guessed it, they're high in Vitamin C and rich in beta-carotene.

Found in damp woodland and hedgerows,wild garlic is great to reduce high blood pressure, high blood cholesterol and to treat colds and flu. It can be mistaken for lily-of-the-valley with its star shaped white flowers and leaves and can be eaten as a vegetable and added to most of your dishes.

Of course, there are many potential poisonous berries and fungi so don't eat anything you're really not sure about. It you're a wild-food novice, it's a good idea to take a guide-book with you or someone well-versed in the language of the countryside and woodlands. Is anyone else a fan of hedgerow and woodland foraging?