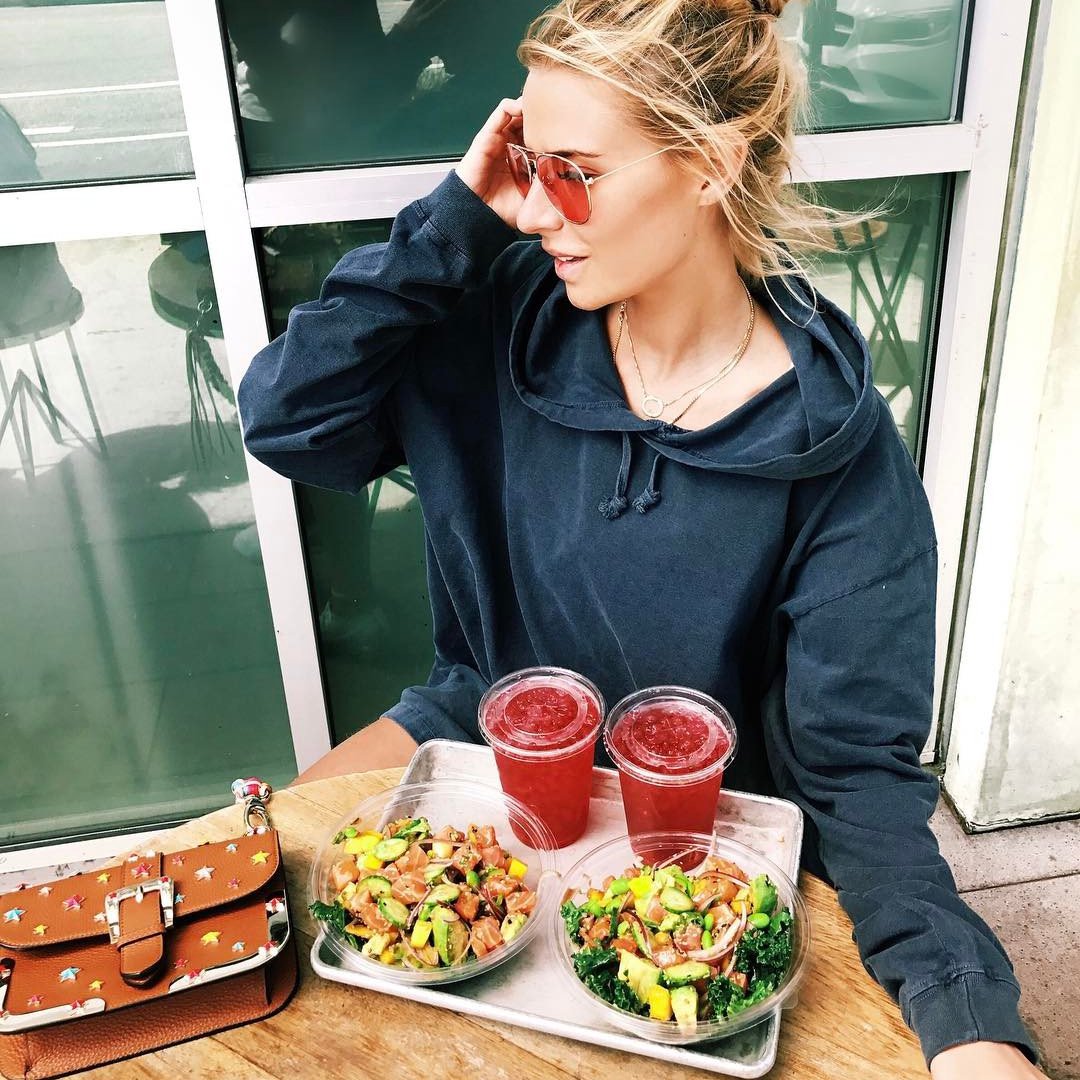 If you're anything like me, springtime brings on sneezing, itching eyes and a stuffy nose. Welcome to spring allergies. When the trees start to get their leaves, the flowers start to bloom and the cotton starts to fly, you could be feeling pretty yucky. Fortunately, you can make some pretty easy dietary changes that can help you feel better. These foods should never replace any medications prescribed by your doctor for springtime allergies. In the meantime, add these foods recommended by msn.com to your grocery cart and you should be feeling better in no time.

Broccoli serves two purposes in annihilating your allergy symptoms: It's high in allergy-relieving vitamin C and it's a member of the crucifer family, plants that have been shown to clear out blocked-up sinuses.

Researchers have found about 500 mg of vitamin C a day can ease allergy symptoms, and just 1 cup of raw broccoli packs about 80 mg.

Recent research published in the journal Food and Function shows that broccoli sprout extract (BSE) may actually be able to protect against the allergy- and asthma-promoting effects of diesel exhaust particles (DEPs), which are pollutants that, for various reasons, actually have the power to exacerbate allergic reactions.

Researchers exposed 29 people to DEPs and then measured their inflammatory responses in terms of increases in white blood cell counts. Test subjects then got a dose of BSE in mango juice every day for 4 days. When participants took the BSE, their white blood cell response to the DEPs was 54% lower than when they didn't drink the BSE. The researchers concluded that eating broccoli and broccoli sprouts may help lessen the impact of particulate pollution on people with asthma and allergies.

Leaves and roots of the butterbur shrub contain compounds called petasines, which can block some reactions that spark allergies. Does this plant really work? Science says yes, though its use is not generally recommended for young children, people older than 65, or those with ragweed allergies. A British meta-analysis of six studies looking at butterbur as an allergy reliever found five studies supported the claim.

The roots of the perennial shrub generally contain high levels of pyrrolizidine alkaloids, which can damage the liver, so herbalists recommend looking for butterbur products that specify no pyrrolizidines, or ones that use a CO2 extracting process, which limits the amount of pyrrolizidine alkaloids. Swiss and German researchers found that butterbur was just as effective as the prescription antihistamine cetirizine (Zyrtec) after 2 weeks of treatment. It's also been shown to relieve sneezing, itching, runny nose, stuffiness, and watery eyes in just 5 days.

These deep-purple treats have one important ingredient in common: a polyphenolic compound called resveratrol. In a 2013 study published in the Journal of Nutrition, researchers found that resveratrol helped suppress the IgE-mediated allergic responses (those spurred by the immunoglobulin E antibody) in mice. Need another reason to love wine? It's also been found to be good for your heart, and can help prevent the common cold.

If you have a sweet tooth, you're about to love this news. Cocoa has been found to have some antiallergy properties via reduction in IgE synthesis. In a 2012 study published in the journal Pharmacologigal Research, laboratory animals fed a cocoa-enriched diet for 4 weeks had lower levels of IgE than rats fed a standard diet

Highjacked by hay fever? Put collard greens on the menu for the same reason as kale . Their phytochemical content—mainly, carotenoids—eases allergy issues. To increase the amount of carotenoids your body absorbs, eat the veggie with some sort of fat source, such as lightly cooking it in olive oil.

To hit that 500 mg vitamin C level from whole-food sources, you can also turn to oranges, grapefruit, lemons, and limes. A large orange, which is also one of the 12 greatest disease-fighting foods, contains nearly 100 mg of C, while half of a large grapefruit contains about 60 mg.

Immune-strengthening elderberries are often hailed as a natural flu treatment, but the berries serve a purpose in natural allergy relief, too. Try elderberry wine, juice, or jam to tap the fruit's inflammation-reducing flavonoids.

This green superfood packs a one-two punch against allergies; like broccoli, it's a member of the crucifer family, but it's also rich in carotenoids, pigments believed to aid in fighting allergy symptoms.

Quercetin is another secret weapon that helps fight allergies by acting like an antihistamine. Onions and garlic are packed with quercetin, as are apples. (If you go with eating apples, just make sure they don't stimulate oral allergy syndrome.)

According to Michael Castleman, author of The New Healing Herbs, parsley inhibits the secretion of allergy-inducing histamine. (Parsley is a diuretic, so talk to your doctor before taking supplements or eating large amounts of it.)

The tart tropical fruit contains an enzyme called bromelain, which is a powerful anti-inflammatory, and is a popular sneeze-stifling supplement. Research shows that bromelain can ease sore throats and irritated sinuses. Plus, a 2012 study published in Alternative Therapies in Health and Medicine found that it helped ease airway inflammation in mice, which is evidence that it may help with allergic asthma. Pineapple is also a great source of the allergy-fighting antioxidant vitamin C. To get the most from pineapple, eat the fresh fruit. (Eat it fresh to avoid the chemical BPA, along with added sugars, often found in canned pineapple.)

There's nothing like a warm bowl of soup when you're feeling sick, and while this usually pertains to chicken soup for the flu, an expert on herbs developed this soup to naturally battle allergies. In The Green Pharmacy Guide to Healing Foods, herb expert James Duke, PhD, recommends this allergy-fighting soup recipe:

You can't discuss natural allergy remedies without hailing stinging nettle. It helps stifle inflammation that occurs when you're experiencing allergy symptoms. Stinging nettle contains histamine, the chemical your body produces during an allergic reaction, so it helps you acquire tolerance.

Look for 500-mg freeze-dried nettle capsules in your natural health store, and take three times a day. That's the best form for allergy relief; it won't sting because it's freeze-dried. Long-term use of the herb is not recommended, since it can deplete your potassium stores.

Both of these summertime fruits are high in lycopene, which has been shown to decrease the allergic response and the accumulation of symptom-producing cell types in the lungs (specifically, the white blood cells called eosinophils). In a 2007 study published in the Journal of Asthma, asthmatics were found to have lower levels of lycopene in their blood than participants without asthma.