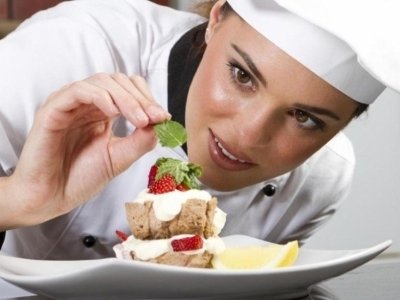 There are several top culinary schools in the US to consider if you have an interest in pursuing a career as a culinary professional. The culinary profession, to say the least, is unique in many ways. One way in particular centers on the fact that it allows for combining a love for food with a passion to create. A pretty cool combo if you ask me! Nevertheless, as intriguing as a career in the culinary field may be, it is important to consider all available options before making any decisions. This will to help to ensure choosing a school that provides the right tools and training required for culinary success. With that in mind, here are some of the top culinary schools in the US that are paving the way for future culinary masterminds.

When it comes to one of the most prestigious and well-known culinary schools, not only in the US but also internationally, Le Cordon Bleu tops the lists. Originally, the only way to obtain a culinary degree from this school was to book a ticket to Paris! However, with the demand for good culinary institutions at an all-time high, hopeful individuals yearning to be trained by some of the best in classic French and traditional cooking methods can now apply to one of Le Cordon Bleu’s 16 schools in the US. If that is not enough to spark your interest, Le Cordon Bleu has a long list famous past graduates including the master of French cooking, Julia Child, and Food Networks’ celebrity chefs Giada De Laurentiis and Aida Mollenkamp. With all its attractive qualities, it is not hard to see why Le Cordon Bleu ranks number one among the top culinary schools in the US.

Not far behind, and perhaps, one of the most sought out culinary schools in the US is the Culinary Institute of America (CIA). Founded in 1946, CIA goes beyond offering the standard diploma degree by allowing students to choose between an associates or bachelors in culinary arts, baking and pastry arts or management. At each of its three campuses in New York, Los Angeles and Texas, exceptional in-class and real-life training is offered by noteworthy and awarding winning chefs. Let’s not forget the wealth of scholarships and grants that CIA offers to accepted students—an added bonus! Past graduates of this famed institution include the likes of Anthony Bourdain, Anne Burrell of Food Network, Duff Goldman of Ace of Cakes and more.

Like CIA, Johnson & Wales is a well-known culinary institution. The school offers associates or bachelor’s degrees in culinary/pastry arts or management. As a liberal arts university offering over 40 plus majors, Johnson & Wales provide students with the opportunity to select a concentration outside of the culinary program’s curriculum i.e. clinical nutrition. This is a distinct feature that will likely increase your appeal as a culinary professional. Currently, this school has its main campus in Providence, RI and additional locations in Denver, Charlotte and North Miami.

Kendall College is truly a unique culinary school. Based in Chicago, Kendall is one of the few programs that have its own sustainability garden. An exceptional concept of farm to table that allows students to not only grow their own crops but also utilize these ingredients in their cooking. In addition to its sustainable garden, Kendall also has a Zagat-rated/ Michelin Guide recommended fine-dining restaurant that is open to the public and staffed by its students. In terms of the degrees offered, Kendall has certificate, associates, and bachelor level options in the culinary/pastry arts. The school also offers degrees in hospitality.

Previously called the French Culinary Institute, the International Culinary Center or ICC first opened its doors in 1984 in New York City. Currently one of the most astounding culinary schools in the US, a degree from here will like get your foot into the kitchens of some of the nation’s top restaurants. In addition to the usual degrees offered in the culinary and pastry arts, ICC takes it a step further by allowing interested students to customize and adapt their education as a way to meet their specific interests and goals. This may include adding courses like introduction to food business or food writing to the curriculum. Because that is not intriguing enough, ICC also have a great study aboard program with a focus on Italian or Spanish cuisine. Yum!

6 The Institute of Culinary Education

Another top contender when it comes to culinary schools in New York is the Institute of Culinary Education (ICE). ICE is an award-winning culinary institution that strives to ensure the employment of its graduates upon completion of programs offered in culinary/pastry arts and restaurant/hospitality management. A great feature that ICE incorporates into each of its programs is a required externship at the end of your in-class training. With the opportunity to work side by side with some of the country’s best chefs i.e. Mario Batali, ICE is a culinary institution that is definitely worth looking into. It also helps to know that ICE is a four-time recipient of the International Association of Culinary Professionals' Award of Excellence for Culinary Schools.

The New England Culinary Institute (NECI) is an institution that prides itself on offering small student to instructor ratio. The idea behind this is to ensure that each student is getting the attention needed to foster the development of skills required for culinary success. As a direct result of its location in Vermont, NECI is at the forefront of farm to table cooking due to the abundance of local farmers, cheese and wine makers. Like ICE, the New England Culinary Institute also requires their students to complete an internship in preparation for the transition into the competitive culinary world. A unique feature that differentiates NECI from other culinary schools is the online option available for individuals who do not have the time to dedicate to traditional school hours.

Looking to become a chef within a short span of time? The Arizona Culinary Institute may be the right place for you. This school is committed to providing a culinary education that is straight forward and to the point without straying away from traditional cooking methods and practices. A diploma in culinary arts and restaurant management is offered over the span of eight months with an extensive curriculum that concludes with a paid internship. Yup, I said paid. Sound like a pretty sweet deal if you are looking for a short training program.

Do you like the idea of training to become a professional chef and being in the US capital at the same time? Well, look no further and consider L’Academie de Cuisine. L’Academie de Cuisine was founded in the mid-70s by the highly talented French chef Francois Dinot. Dinot envisioned a cooking institution where future chefs could be trained in the skills of classic cooking through a hands-on approach. LADC currently offer degree programs in culinary or pastry arts that is capped off with a 6 month paid apprenticeship in one of Washington DC’s fine dining establishments. Like ICE, L'Adcademie de Cuisine is also committed to finding its graduates employment in the industry.

Based in Philadelphia, the Restaurant School offers associate degrees in culinary/pastry arts, hotel and restaurant management on a full-time, part-time, or extended basis (2 year evening and weekend classes). A cool addition to the curriculum is a tuition paid culinary-filled trip to France, England, Florida or the Bahamas to reinforce what was learned in the classroom. The school also has an incredible career development team that works with students and graduates to help find employment at top establishments across the country.