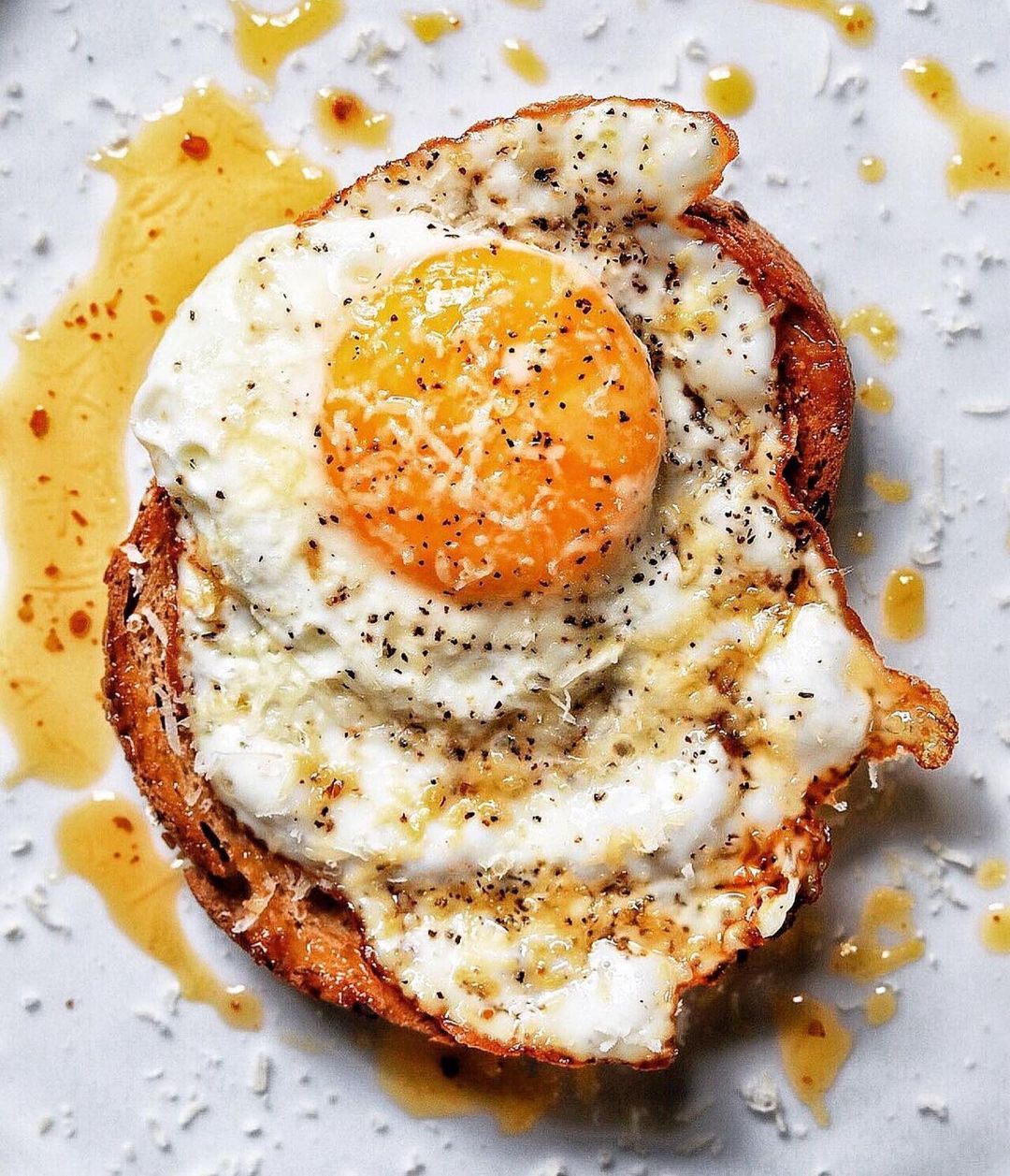 If you don't have a rotation of ham recipes, you are totally missing out. Ham is easy to work with and versatile enough to prepare a multitude of recipes with. Most of the time, it's also cheaper than other types of meat. Ham pairs really well with lots of ingredients so you can easily try something new all the time. Check out these ham recipes and get ready for a flavor explosion at mealtime. 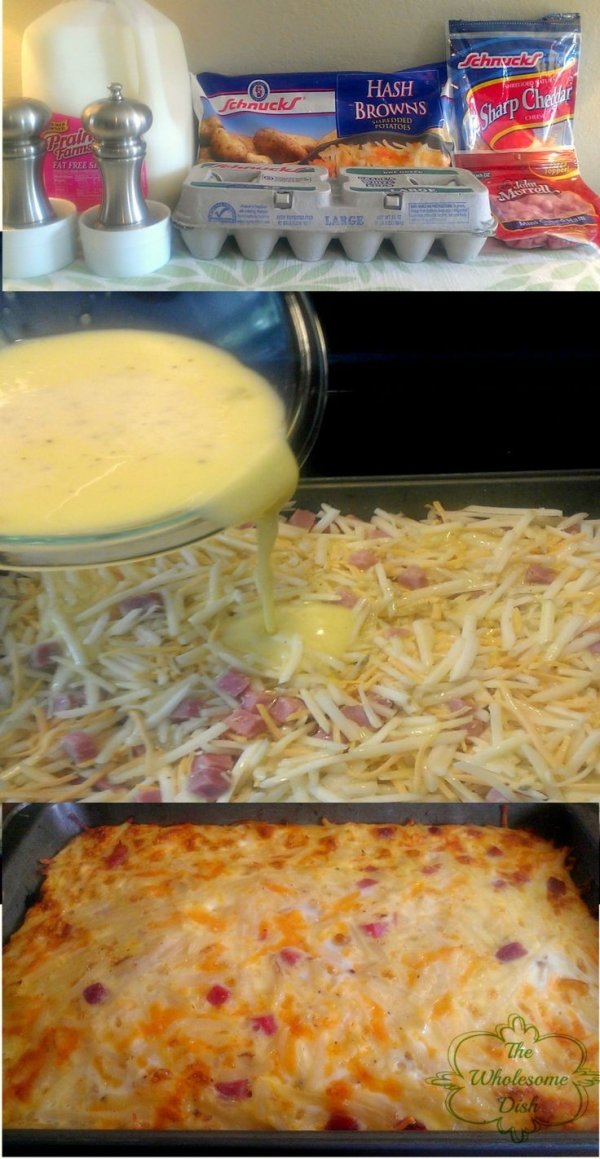 Via Easy Breakfast Casserole - The ...
This easy breakfast is one of the most delicious ham recipes you'll ever eat.

Via Recipe for Broccoli, Ham, and ...
This one dish dinner is something that your entire family is going to gobble right up. 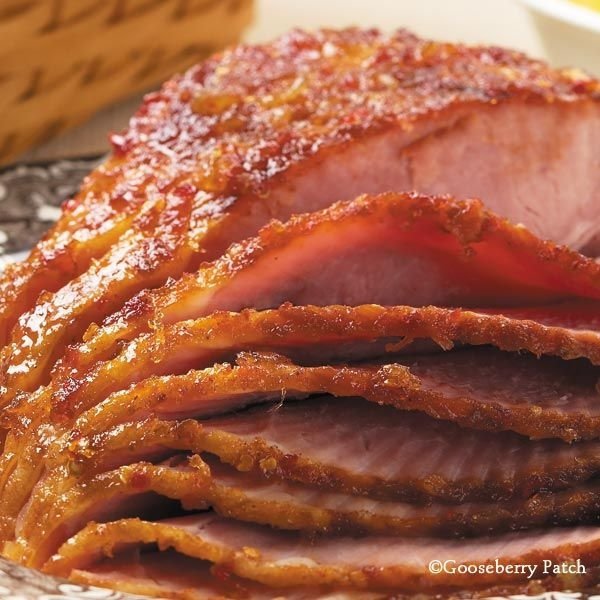 Via Gooseberry Patch Recipes: Ham for ...
A traditional honey baked ham is a recipe you can never go wrong with. 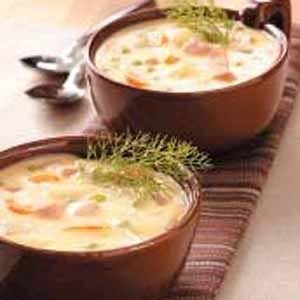 Via Cheddar Ham Soup
This hearty soup recipe is so good you'll never be able to stop with just one bowl. 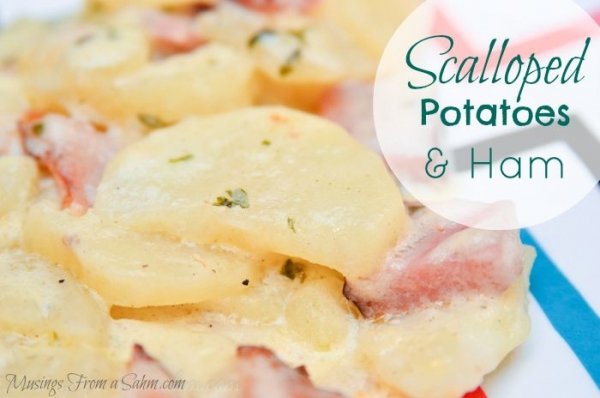 Via Scalloped Potatoes and Ham Recipe ...
This is a favorite at my house! It's so simple to make and serves as a wonderful meal option with a side of veggies. 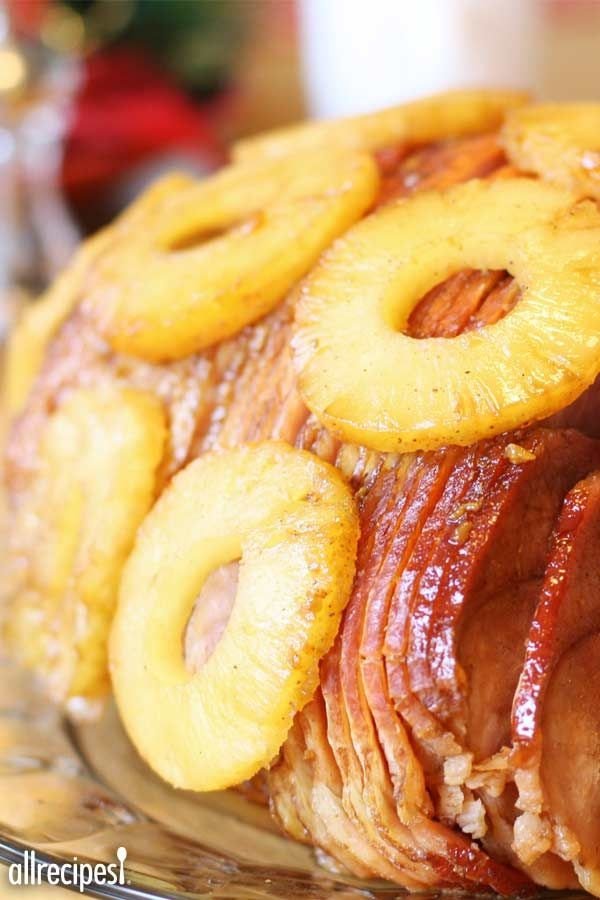 Via Tangy Honey Glazed Ham
Pile pineapple slices on your ham for a tangy and tropical flavor that can't be beat. 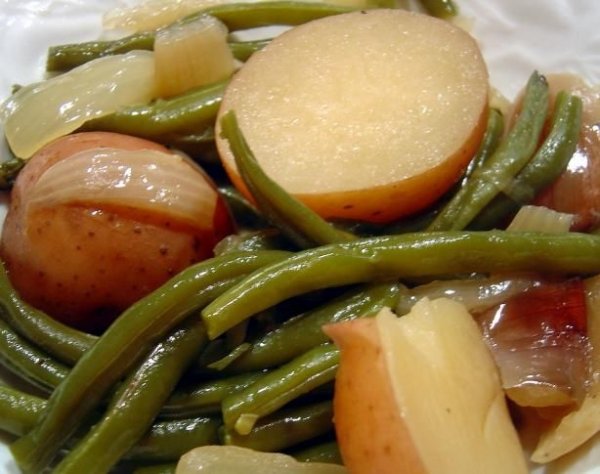 Via New Potatoes, Green Beans And ...
Here's another one dish wonder that comes together to make a filling and tasty meal. 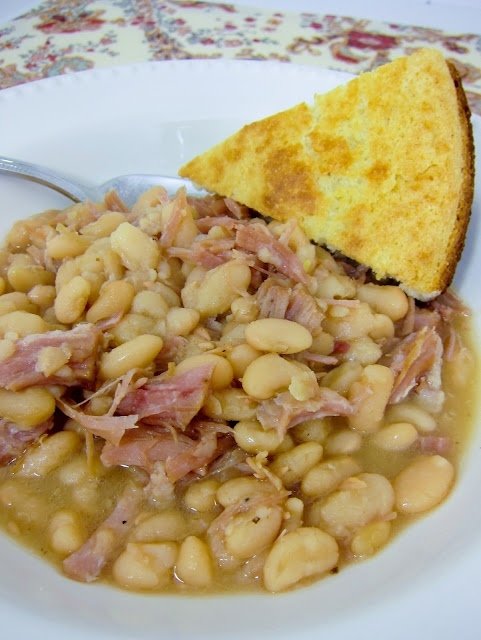 Via Crock Pot Ham And Beans ...
My mom used to make this all the time when I was a kid. It's cheap to make and full of flavor at the same time. 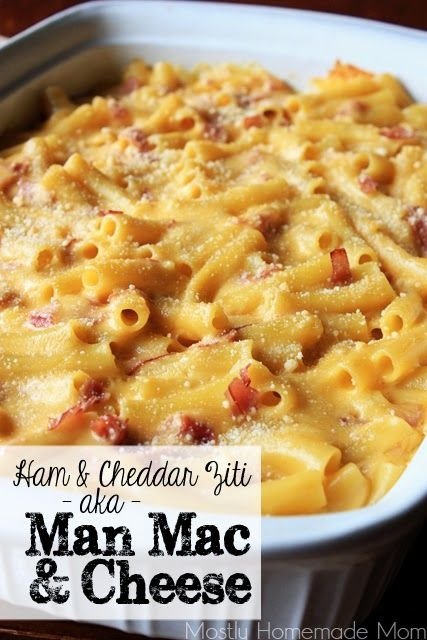 Via Mostly Homemade Mom: Ham & ...
Adding ham to your macaroni and cheese gives it the right dose of extra flavor.

Via Easy Ham and Potato Soup ...
This creamy soup recipe only gets better with diced ham tossed in. 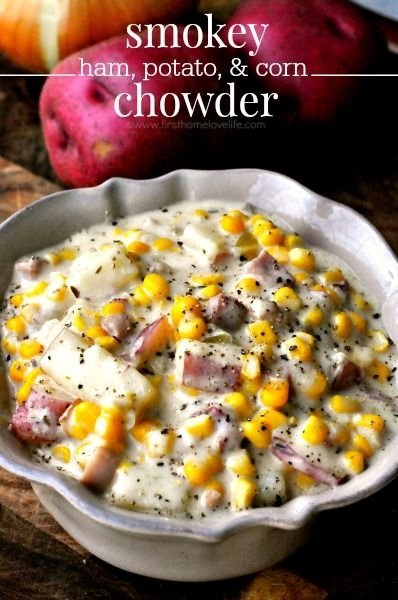 Via Smokey Ham, Potato, and Corn ...
This thick soup is filling and comforting on a cold winter day. 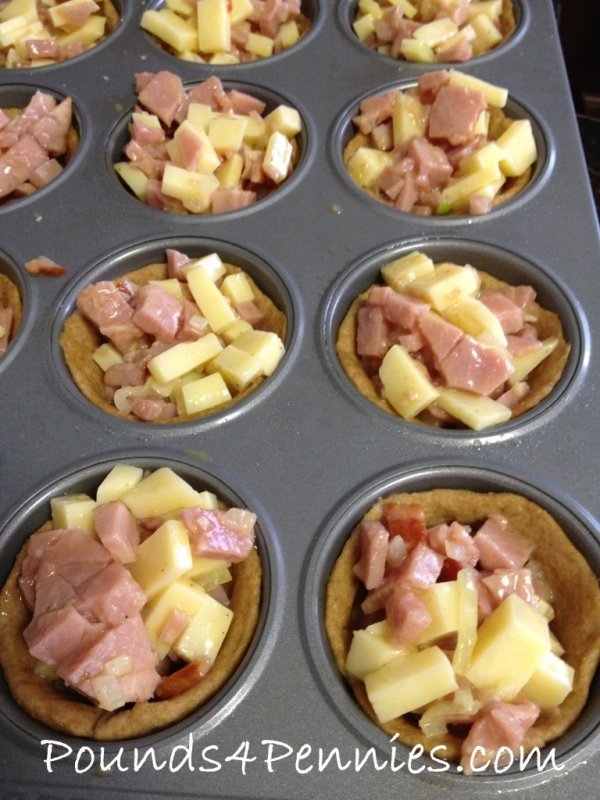 Via Easy Ham and Cheese Muffin ...
These little bites are perfect for breakfast. Kids love them a whole bunch! 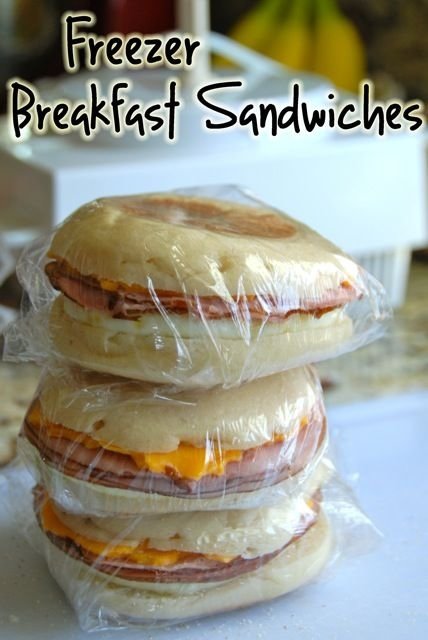 Via Homemade Freezer Breakfast Sandwiches | ...
Whip up a huge batch of these on the weekend and you have a fast and easy meal every morning of the week.

Via Mrs. Schwartz's Kitchen: Ranch Pasta ...
This creamy and delightful pasta salad is great as a lunchtime meal. 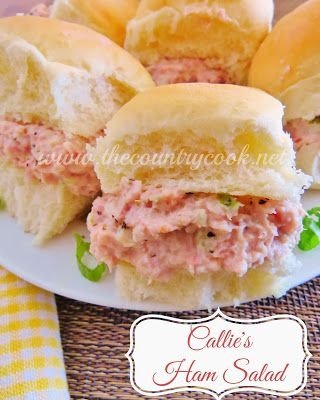 Via The Country Cook: Callie's Ham ...
Ham salad is one of my favorite things to do with ham! Doesn't this look decadent? 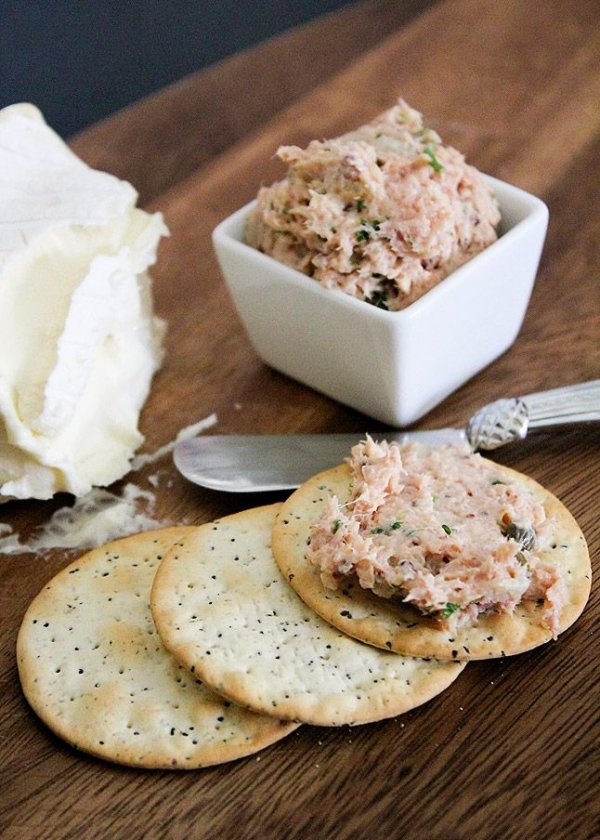 Via Deviled Ham Recipe
This spread is chock full of ham and tastes perfectly wonderful on crackers or crusty bread. 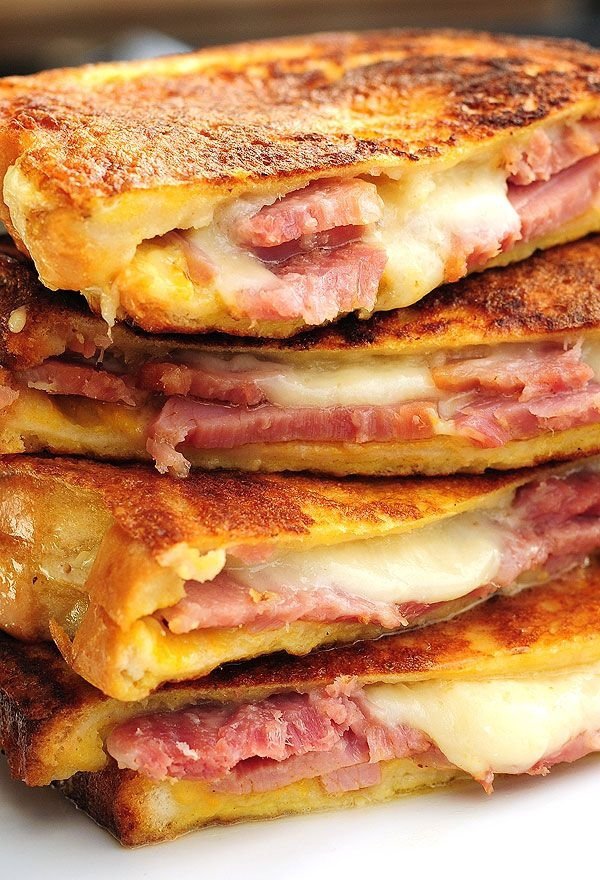 Via Monte Cristo Sandwich - She ...
You will love the flavors that meld together to create this yummy sandwich. 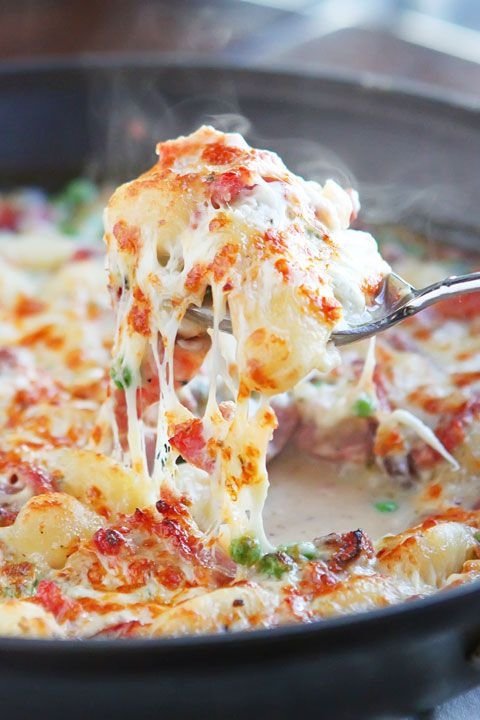 Via Ham and Cheese Gnocchi | ...
If you love eating pasta for dinner, you will not be able to get enough of this gnocchi. 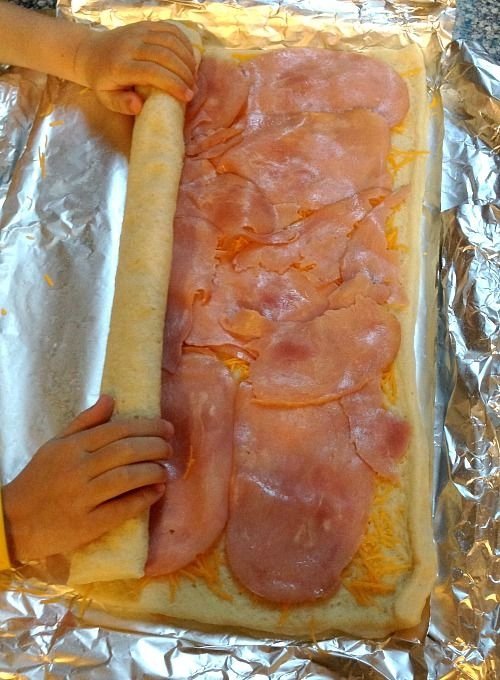 Via Ham and Cheese Roll-Ups {Kids ...
If you need something that kids will love and will feed a crowd, this is the recipe for you. 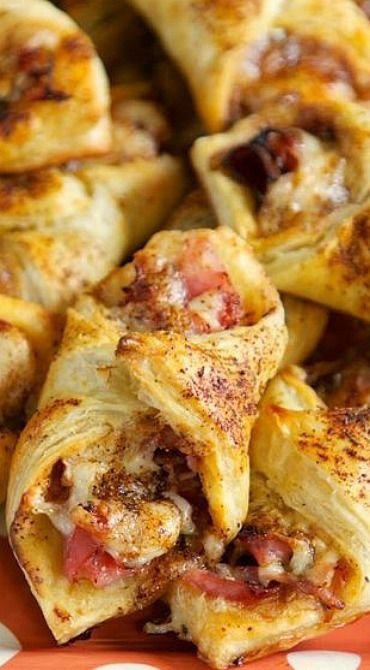 Via Ham and Cheese Pastry Puffs ...
Make a lot of these delightful little bites because they will go fast.

Via Leftover Ham Recipes
If you think chicken pot pie is good, you will adore how it tastes with ham instead. 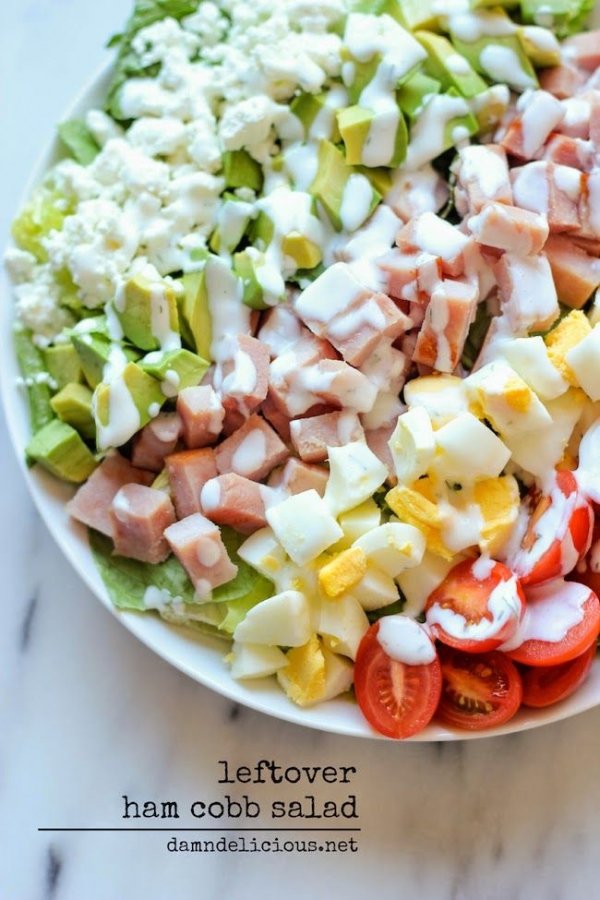 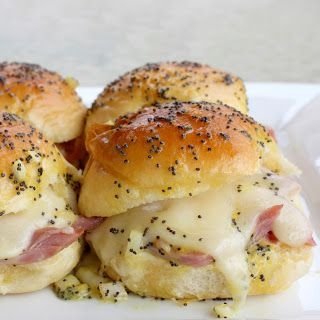 Via Your Favorite Top Ten Recipes ...
These tiny little sandwiches are perfect as appetizers or as a lunch for any day of the week. 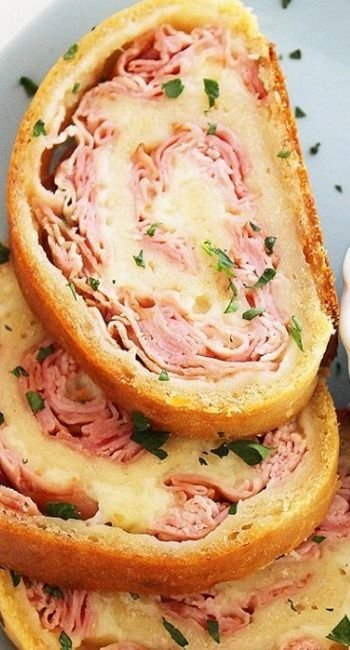 Via thecomfortofcooking.com
Don't these look wonderful? I really want to eat this for lunch today.

What do you make with ham? I love it with potatoes! Do you see a recipe here that you want to make right away?