33 Yummy Examples of Sashimi That Will Give You a Craving ...

Sashimi is described as very fresh raw meat or fish that is very thinly sliced. And let me tell you, it is fabulous! I know that you've probably heard that raw meat isn't safe to eat, but if you get it in the right place it's often fine to consume. Check with the restaurant to learn more about where they source their sashimi. In the meantime, peruse these yummy sashimi types and you'll be ready for some in no time.

Via Hawaiian Ahi Poke Recipe - ...
These are the perfect appetizer to start a meal with. Made with tuna, they have a flavor that can't be beat.

Via Salmon Nigiri
In this case, the sashimi is laid over the top of sushi rolls. Yum! 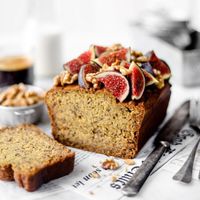 Things to put in cornbread 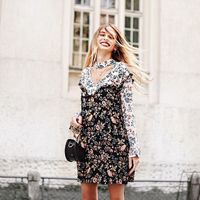 7 Ways to Enjoy Chocolate without Blowing Your Calories for the Day ...

Via Sushi!
As you can see from this picture, there are lots of types of sashimi, so you're sure to find one you love.

4 It's All about the Presentation

Via Bite the Wax Tadpole | ...
If you order sashimi in a restaurant, be ready for a great presentation.

Via Alamo Plaza Shopping Center
Often, sashimi is served with sushi. Sounds good to me!

Via Salmon, Avocado & Rocket Salad ...
I wish I was eating this for lunch today. What about you?

Via Salmon Sashimi Rice Bowl - ...
The little bits of all the ingredients turn this into the perfect meal.

Via Seared tuna with mango
Sometimes sashimi is seared, so it's cooked a bit on the outside, but still raw on the inside.

Via The Galley Gourmet: Home Cured ...
You can modify sashimi so it's safe to eat at home and you can even learn to make it yourself.

Via Cucumber cups with spicy tuna
My favorite kind of sashimi contains some type of vegetable.

Via Tuna Tataki Recipe : Food ...
How many of these do you think you could eat?

Via DSC_1765
Yellowtail tuna sashimi is one of the most popular. It's flavor pairs really well with lots of other ingredients.

Via Sushi Market on Twitter
A bit of sauce is the perfect thing to serve sashimi with.

14 With a Ginger and Sesame Crust

Via Seared sashimi grade tuna with ...
I love tuna sashimi with a light crust of sesame seeds on the outside. Yum!

Via sexiestfoods.tumblr.com
Don't skimp on ingredients. This is another perfect example of sushi topped with salmon sashimi.

Via en.cookpad.com
The combination of sashimi with avocado is one of my absolute favorites.

Via Scallop crudo with pink peppercorn ...
If you see this on a restaurant menu, do not pass it up!

18 Slice of Tuna with Several Condiments

Via Nipponterest
This meal will make lunchtime something to look forward to.

Via RAINBOWS!!!
Check out this colorful meal! Don't you want it for lunch today?

Via anicelittle.tumblr.com
Here's another tasty looking salmon sashimi with avocado combo. The arugula is a great addition.

Via Seared Ahi Tuna Recipe | ...
Marinating your sashimi before serving gives it tons of extra flavor.

Via Watami Singapore, Ion Orchard Restaurant
A squeeze of fresh lemon juice is the perfect thing to serve salmon sashimi with.

Via Eat A Duck I Must! ...
The sashimi meal is one that allows you to try several different varieties.

Via Nipponterest
Pickled ginger and caviar are two common garnishes for salmon sashimi.

Via Tuna Tataki | Tuna recipe ...
Don't be afraid to use a lot of sauce on your sashimi if you like it that way.

Via flickr.com
There's something for everyone on this platter. What looks like your first choice?

Via Spiralized Sushi Bowl with Salmon ...
Many people prefer sashimi without rice, but go ahead and have some if you like it that way.

28 Look at All the Options

Via Wild Greens and Sardines : ...
Here's another great example of how you can incorporate sashimi into a bowl of deliciousness.

Via JULES FOOD...: OCTOPUS SASHIMI WITH ...
I've never tried this, but if you're brave and give it a try, let me know how it is.

Via 「寿司屋」の検索結果 - Yahoo!検索（画像）
I can just taste how wonderful this would be with a bit of salt on top.

Via Le Parfait - Sashimi
You can always serve your sashimi in a sauce rather than pouring it on top.

Via fix by speedM - Sporadic
Here's a good close up of how you can layer sashimi with thinly cut ingredients like avocado and cucumber.

Do you eat sashimi? It's definitely one of my splurge foods. Do you see a photo here that makes your mouth water? 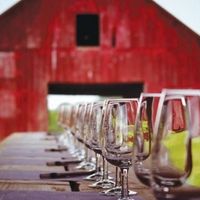 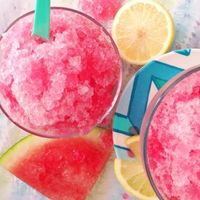 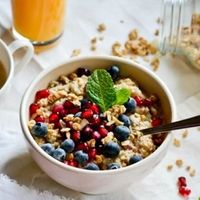 7 New Trendy and Tasty Things to Add to Your Oatmeal Each Morning ... 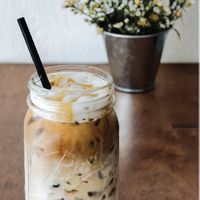 Redneck Tea with a Keurig ... 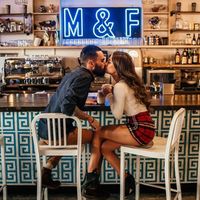 Is ground pork or beef healthier ...
How to make foundation look flawless ...
Why is it good to be friendly ...
Why is it important to keep up with the news ...
Why don't some people eat pork ...
What happens if you eat a lot of bread ...
Meat is rich in which nutrient ...
How to store condoms ...
Is chicken bad for cholesterol ...
How many natural sugars per day ...