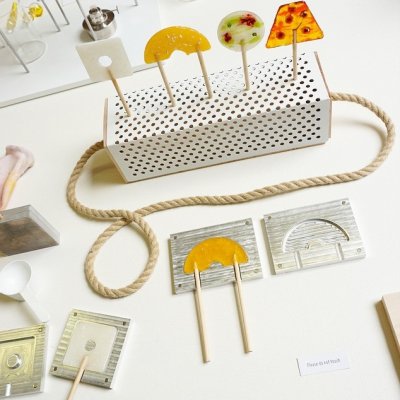 Like fashion, food trends too. That's why certain styles of cooking or certain ingredients wax and wane in popularity. Think the fried turkey or superfood trend. Some food trends are totally awesome and will last forever, while others are ones we wish would never come back. As we bid farewell to 2015 and get ready to ring in 2016, there are some food trends that we hope will last. Here they are!

1. Using Turmeric in Cooking is a Wonderful Thing

Turmeric is a spice that gives food a lovely yellow color. It also contains loads of antioxidants and other plant compounds that make it a super healthy food trend you should stick with all year.

2. Everything is Getting Smoked

The flavor of smoked food is trending in a big way and you won't ever want that to end. Smoked meats are obvious, but you will also love the new smoked desserts and veggies that are cropping up on menus.

While only a small fraction of the population actually needs to eat gluten-free foods, those that make the choice for other reasons can also benefit from the new and way better tasting gluten-free foods that are appearing on store shelves everywhere.

4. Spice Things up Anytime You Want to

Sriracha had its time in the sun (and continues to do so), but now other spicy things are making an appearance in meals everywhere. Harissa, gochujang and ghost pepper sauce are just a couple of examples.

Yes, you should watch your sodium intake, but if you use fancy salt, you can get by with less while also boosting the flavor of any meal. Try pink salt or smoked salt. You won't be sorry!

Not only does seaweed have a pleasing flavor, it is also loaded with nutrients. In addition to eating it in sushi rolls, 2016 should see you eating it in chips, popcorn and other savory snacks.

7. Paleo Snacks Will Never Go out of Style

The paleo meal plan has been trending for a while now, but 2016 should see it continue to explode. Jerky is a stand out snack if you want to give the diet a try.

8. Ancient Grains Are Making a Comeback

You know that eating grains is a good choice because they are full of nutrients, but ancient grains are making a big time appearance. So forgo the rice and wheat and try spelt, amaranth, millet or emmer.

9. Foraging is Cool in Restaurants Too

You might not want to forage for greens at the park, but some high-end restaurants are employing their own forager to bring back tasty things to serve their guests. It's a great way to try something new.

10. Charcuterie is Getting a Makeover

You might think of pork when it comes to charcuterie, but chefs are now expanding it to seafood, veggies and lamb. If you haven't tried it yet, 2016 is the year to give it a try.

A bycatch fish is one that is caught when someone is angling for something bigger. Instead of getting rid of those little fish, chefs are creating new ways of cooking and serving them.

12. You've Got to Try Fermented Foods

I'm talking kmichi, kombucha and other delicious things. Fermented foods have spectacular health benefits and add loads of flavor to anything that needs a punch of flavor.

13. People Are Branching out to Eating Rabbit

Rabbit is a white meat and you might be surprised to see it on menus now and into 2016. Chefs are coming up with fabulous new ways to serve it, so give it a try.

The experts foretold the appearance of ramen on restaurant menus and the trend is so popular that you can expect to continue enjoying gourmet ramen noodles all through 2016. Yum!

15. Peel to Stem is Perfect

Similar to nose to tail, this 2015 trend is exploding. It involves using every part of a fruit or veggie to create new and tasty dishes all the time.

You might wonder how this could possible be a good thing, but it really is. Your body needs some fat just to function and it's being used in a really delicious way.

The trend of eating local would make you a locavore and it's good for a couple of reasons. Your food doesn't travel as far, which preserves nutrients. It also supports local farmers, which is great for your community.

You probably don't think of peas when you imagine a gourmet food, but expert chefs have been using them all year and aren't going to stop anytime soon. They are full of protein and taste really wonderful too.

19. Eating Insects is a Growing Trend

If you're grossed out, try to keep an open mind. Insects are appearing in things like protein bars and flour and boost your protein intake. Give it a try. Let me know what you think!

What food trends are you looking forward to trying in 2016? Which ones do you plan to stay away from?