Travel around the World in 17 Late Night Snacks for Adventurous Girls ...

What’s your favorite midnight snack? We might all have our individual favorites, but as nations we do have a trend. Of course, this is highly generalized but come with me on a journey around the world in late night snacks.
.

Udon is the perfect international late night snack because not only is it simple to make, it is also insanely satisfying and packs equal amounts of comfort and amazing taste!

This is a sensational cheese bread that Colombians love to snack on, and although we are always told not to eat cheese just before we go to bed, you won’t be able to resist breaking the rule with this dish! 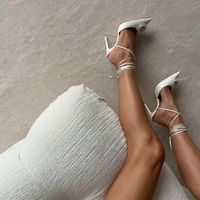 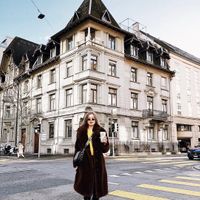 Celebrities in the Fashion Marketplace

You may think that you are well versed in the world of hot dogs, but until you have tried a traditional Brazilian dog known as a cachorro quente, you simply haven’t lived!

Though the doner kebab is something that is popular throughout Europe, there is something about the sandwich-like nature of the German variety that makes it absolutely perfect for a late-night snack.

Masala noodles are effortlessly simple to make and pack a flavorful punch that takes your taste buds straight to the heart of Indian cuisine, all from the comfort of your own home at midnight!

If sweet snacks are more your vice, then you will definitely want to go Greek for the night and indulge in some of these heavenly honey soaked donuts!

This type of season Spanish sausage has long been incorporated in to different late night savory snacks, and this recipe involving baked eggs and mushrooms will have you salivating!

Originating in New Jersey, this over the top fries dish might seem crazy at first with its gravy and cheese, but trust me, once you try, you will never go back!

Russians are very into their comfort food, and it doesn’t come much better than these moreish meaty dumplings with a sour cream sauce.

This delicious tortilla based snack is considered classic street food in Mexico, but don’t let that put you off. It packs a whole lot of punch and is the perfect midnight snack!

This is the closest thing you can get in China to a sort of breakfast time crepe, so with the time difference, this delicious jianbing will make for the perfect late snack on the other side of the world!

Suya is a traditional Nigerian snack food that involves covering strips of meat in amazing spices and grilling it to perfection. If that doesn’t sound good to you, then nothing will!

Poutine is kind of similar to the USA’s very own disco fries, but be careful, don’t let a Canadian catch you saying that!

This is an awesome take on a breakfast pizza that is covered in heaps of heavenly herbs and spices.

Sure, garlic might not be the most ideal food to eat right before bed, but the temptation of this simple but elegant late night snack will be too much for you!

If you would rather sip than chew late at night, why not try your hand at this traditional West African yoghurt drink that will really sooth your soul!

The Brits love to ignore warnings about cheese before bed by indulging in a good old-fashioned cheese board with crackers and chutneys! Guilty!

celebs
Celebrities with std
inspiration
5 Ways to Know if a Nice Person is Fake ...
food
A Different Potato for Every Day of the Week ...
makeup
Everything You Need to Know about Your Makeup Brushes ...
lifestyle
Celebrities in the Fashion Marketplace

What is a normal non fasting glucose level ...
How important is vitamin c ...
Fast food is becoming a part of your life ...
Is popcorn good to eat on a diet ...
How much does one truffle cost ...
How long does sugar stay in your system before a blood test ...
What are the baking equipment ...
What is vinegar used for in cooking ...
Is glucose in sugar ...
What fruit has vitamin b12 ...