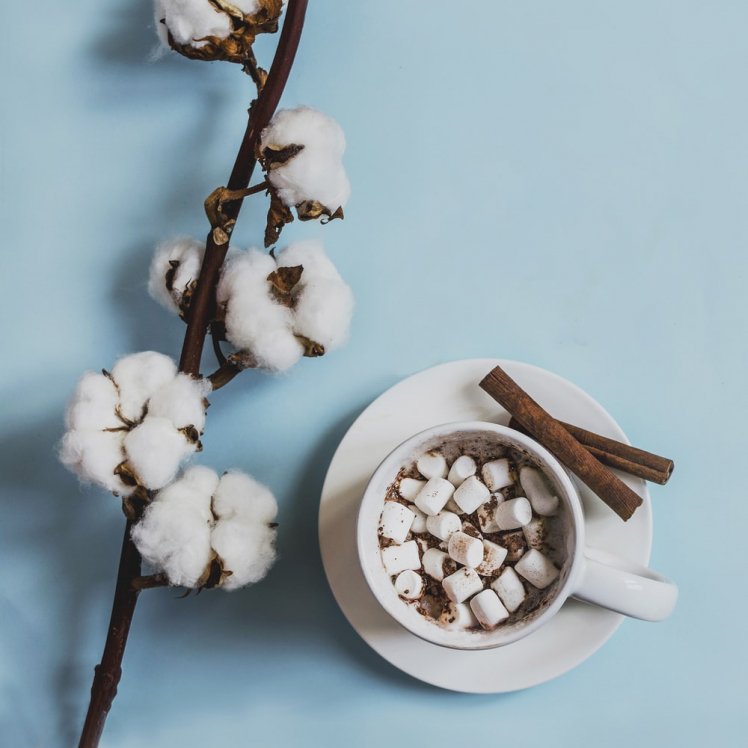 Putting marshmallows in hot cocoa has got to be among the most popular things to do with marshmallows. And you put a cinnamon stick and wafer sticks in it, too. Absolutely heavenly! It makes me crave a cup of this just thinking about it.

Anyone who hasn't made and tasted s'mores has missed a lot in life. Seriously, these things are just unbelievably delicious. And they're very easy to make, too! Just put some marshmallows on a piece of graham cracker, drizzle some chocolate syrup over that, cover it with another piece of graham cracker, and then heat in the microwave for 10 to 12 seconds. Yummy! Just wait a few seconds before you take a bite. You can also use bits of chocolate bars instead of syrup, if you want something yummier.

Peanut butter and marshmallows are two of my favorite things. So it's only natural I'd try to munch on them at the same time, right? Well, I did and I discovered that it tastes awesome! To make the mallows yummier, heat them in the microwave for 10 to 12 minutes before putting them in the sandwich.

My sisters and I used to make these for my nieces' and nephew's birthday parties. We put hotdogs and marshmallows in skewers. The kids love them. If you want to opt for a healthier treat, you can use fresh fruits instead of hotdogs. Children love these as well as the ones with hotdogs or sausages. This one should definitely among your things to do with marshmallows, especially if you have kiddies.

I added this one on my "things to do with marshmallows" list quite recently. I'm not going to lie. I discovered this at the back of a pack of marshmallows I bought for my pack of hot cocoa mix. Mix some fresh fruits, steamed rice, and mini marshmallows in a bowl. Add some condensed milk. Take care not to put too much. Put in the microwave for 10 to 12 minutes, or until the mallows get squishy soft. Serve it as a snack or dessert. Adults and children would equally love this treat.

This one is not much of an invention, really. I love mallows and oats both. And I just like to experiment with food. Friends actually tell me I have a weird palate because I like mixing up foodstuff all the time. And I put almost anything I like in my oats. Now, if you want the marshmallows to be soft, cook it with the oats. But if you want it fluffy, you cook the oats first and put the mallows after.